What to do with Sri Lanka?

The value of the Sri Lanka rupee was also partly affected by the State as the monopoly issuer of the currency. 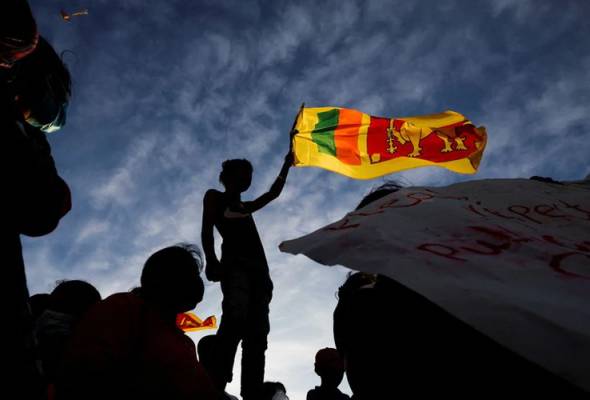 Sri Lanka is in a big mess today because of the systemic corruption of the previous government and the policy shortcomings of the central bank. In the middle of April this year, Sri Lanka temporarily defaulted on its foreign-owned debt of some USD51 billion.

In EMIR Research article entitled, “Why Sri Lanka isn’t an example of how low interest rate combined with fiscal deficit are necessarily bad” (April 7, 2022), it’s outlined the reasons for the country’s descent into accelerated inflation and currency deterioration.

Corruption meant that the State was paying inflated (i.e., above market) prices.

To secure the loyalty of the civil servants, the State also increased their wages (to keep pace with inflation). Both of these constitute precisely the wrong kind of deficit spending.

What all this meant was that the value of the Sri Lanka rupee was also partly affected and determined by the State as the monopoly issuer of the currency.

How this works is that when the State or government deficit spends by way of tender and award of contracts whether through its procurement programmes or indirectly, as e.g., through public-private partnerships (PPP), it competes with the private sector for the same goods and services. Thus, the State bids up the prices in the process.

On top of that is corruption in the form of rent-seeking (i.e., contracts for cronies are sold to the highest bidder or the next contractor) or pure graft where government procurement contracts are secured via bribes.

This in itself constitutes a multiplier effect and feeds (like a feedback loop) into the system – where the chain-effect of the purchasing power gained or accrued from the State’s spending capacity understood by the levels of the price it’s willing to pay a per x amount takes effect and circulates throughout the economy.

For example, as documented in our own Auditor General’s Reports, year after year, wastages and leakages are commonplace. We overpay for items ranging from the humble screwdriver to importation of submarines which can’t even submerge!

And what happened to the funds that are paid out?

They can then be funnelled out of the country – a form of capital flight – to avoid being tracked and deposited in off-shore trust vehicles and secretive bank accounts. More often than not, these funds are immediately exchanged into foreign currencies. Whilst our ringgit continues to be non-tradable in the forex markets except by Bank Negara for intervention measures in the spot and forward legs, it can still be exchanged outside of that framework.

As it is, capital flight puts downward pressure on a currency.

Typically, the value of the currency is defined by the quantity it can purchase So, for example, if the State increases purchases at current prices, regardless of the quantity of money spent where there’s no competitive bidding with the private sector, there’s no inflationary pressure. By extension, the currency hasn’t been devalued. But conversely, should the State pay more for the same (quantity of) items, in effect, the currency has been defined downwards.

The currency can also plummet when, as mentioned in the previous article, the central bank is short of forex reserves to pay for imports.

This happens because the country is, to put it simply, importing more than it exports.

This means that the country has a net desire to acquire the USD. And with both the current (movement of goods and services) and capital (movement of money) accounts in deficit, this exacerbates the depreciation of the Sri Lankan rupee as it takes more now to purchase the USD in order to pay for imports.

Sri Lanka failed not so much because it didn’t play by the IMF rule book but because it was too reliant on external funding in the form of foreign currency denominated debt (mainly in the USD).

And as pointed out by Professor Jomo K Sundaram in a joint article with Anis Chowdhury, “Sri Lankan economic crisis inflicted by self-serving elite”, (April 19, 2022), IMF conditionalities have imposed austerity and cuts to public services. This have, in turn, held back private sector investments that are critical to arrest the premature deindustrialisation of Sri Lanka already at low levels – falling from 22% in 1977 to 15% in 2017 with the FDI shock in 2019 onwards (Easter bombing and Covid-19).

We’re now in a position to understand the “causation” which led to the situation that Sri Lanka is in.

Firstly, there’s a lack of concerted government investment in the infrastructure (i.e., around the industrial and export-processing zones) that would promote high-value FDI into the country. In other words, the mega-projects in the country weren’t accompanied by the multiplier projects necessary for connectivity (inter-modal transportation links) and clustered development (e.g., industrial hubs serviced by rail and air links), etc.

Instead, the government has constrained the economy into focusing on textiles and tea (together constituting 70% of the exports). This, in turn, constrained the accumulation of forex reserves – which made the country dependent on foreign debt.

Secondly, foreign debt meant that servicing and repayment needs to be done in that foreign currency of denomination (mainly the USD). This means more foreign debt along the way – in order to rollover existing debt.

But it can be pointed out that debt monetisation (i.e., selling government debt to the central bank) isn’t MMT at all. MMT advocates overt monetary financing (OMF) but with inflation as the caveat.

This means OMF is normally accompanied by tax hikes (not cuts) so that the government can command(eer) the resources (productive capacity, land, labour) to promote the public good. This also pre-empts the triggering of inflationary pressure – caused by OMF or deficit spending unconstrained by revenue. So, the taxes are imposed (the sequence of which isn’t critical) not for revenue purposes but to control and manage inflation.

Of course, other than taxes, the government can also issue bonds to match the deficit spending – to absorb excess purchasing power from the economy.

EMIR Research neither advocates nor support OMF – believing it to be unsuitable to the Malaysian context (ringgit). We also don’t agree with debt monetisation unless done on a temporary, targeted and timely basis.

The central bank also didn’t control or regulate credit creation and this was held in policy tension until only recently with what’s in effect, an (unofficially) pegged currency with the USD (for the sake of monetary policy). Again, MMT advocates free floating currencies, instead (for the sake of fiscal policy).

This meant that when the Central Bank of Sri Lanka sells the USD to maintain the peg (an indirect form of deficit spending through sales to commercial banks which are then used to pay for the imports), not only is the forex depleted, ironically, the rupee also comes under pressure.

A situation aggravated by OMF and debt monetisation, with particular reference to state salaries. And hence, the inflationary spike – at 30% today and which continues apace.

In developing the policies outlined in the previous article, e.g., that Sri Lanka should manage its exports by creating special accounts for importers for payments in solely in the Sri Lankan rupees (voluntary arrangements, e.g., with China and India), this is meant so that USD or other desired foreign currencies (sterling, euro) can be exchanged instead.

So, the transactions are such that the foreign importers would make purchases in rupees instead of directly in the USD as is usually the case. To obtain the currency, they will then purchase the rupees from the Central Bank of Sri Lanka in exchange of USD (rather than USD for rupee on the side of the Sri Lankan exporter) – an indirect form of currency swap lines.

This will then create a knock-on effect for future transactions. Foreign importers can then use the Sri Lankan rupee to pay for items (special or designated accounts) from the island nation and benefit from the currency exchange back home (i.e., in the importers’ country of origin).

Already, a parallel call has been made with Sri Lankan importers having asked the government to explore a temporary payments mechanism or arrangement whereby they’re allowed to pay in rupees – with particular focus on exporting countries like neighbouring India (“Sri Lankan forex crisis worries exporters”, Financial Express, September 8, 2021).

The IMF should be flexible enough, although unprecedented, to allow for the issuance of SDR bonds by Sri Lanka to by-pass the pre-allocation. Under this arrangement, the Central Bank of Sri Lanka would raise bonds denominated in rupees solely to attract additional SDRs which in turn will augment its forex reserves and exchange into USD – to pay for imports of essential items ranging from food to oil and other necessities like medicine, paper as well as steel alongside capital goods.

Under the current situation with very high inflation (and also consistent with MMT prescription, it has to be highlighted), the Sri Lankan government has to embark on a limited form of austerity – by cutting on its import bill.

At the same time, commandeering and rediverting part of existing import items into exports by way of transshipment via India, Bangladesh and China to obtain foreign currencies.

Last but not least, a long-term strategic debt management plan should be put in place by Sri Lanka which aims to either reduce the debt burden within a specified time framework or progressively pay off over a longer period. This entails that foreign debt be phased out by a certain period – with government debt denominated virtually in rupees, e.g., 95% and above.

Deficit spending will be conducted solely on the back of rupee-denominated debt coupled with the introduction of a local equivalent of the GST pegged at 6%. 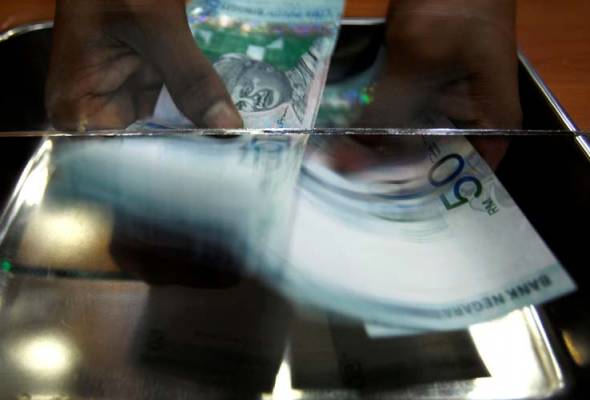