The youth must dare to raise their voices against post-colonial "divide and rule" via the non-tertiary education system. 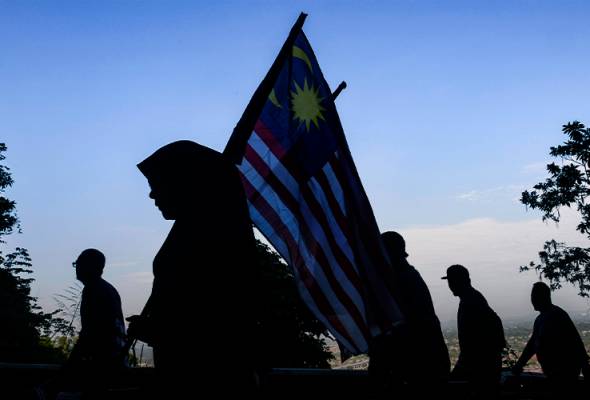 Education is an essential driver of economic growth, political stability, and social cohesion. According to Nelson Mandela, “Education is the most powerful weapon which you can use to change the world”. It is a kind of “weapon” that is so strong which can either destroy or rebuild a nation.

Achieving high quality standards in education, particularly at the non-tertiary (i.e., primary and secondary school) levels, is very critical for Malaysia to fully materialise its vision of becoming a high-income nation. Notwithstanding, in Malaysia which is supposed to be a democratic and plural society, education is somehow being used not as a tool to move the country forward but as a political socialisation weapon to consolidate political power, maintain hegemony and reinforce social control.

It should be re-highlighted that our education system has deep historical roots in colonial times.

Originally, the British had structured Malaya’s schooling systems into four streams of education, namely English, Malay, Chinese, and Tamil, which are based on the “divide and rule” policy.

The identification of economic function with ethnicity is intimately related with the way the balance of power and social relations had been structured under the oversight of the British colonialists.

In the main, the Malays were confined to the agrarian economy so as not to upset the resource extraction and exploitation by the British colonialists – who then brought in foreign labourers from China to work in the tin mines whereas south Indians were imported to toil in the estates/plantations as well as to lay the foundations of the nation’s public works system with particular references to the railway tracks and roads.

The respective education system, then, especially for the Malays as the indigenous population (in addition to the Orang Asal/Asli) was not meant to be the route to social mobility then which partly explains the community’s historical legacy in terms of  poverty and as economic laggard.

Prior to Independence, there were post-war education reports that saw the publications of the Barnes Report (1950) and the Fenn-Wu Report (1951) which took into account the pre-existing communal divide and proposed measures for a national education system.

This was followed by several other post-Independence policies and reports, such as the Rahman Talib Report (1961) which became the main basis in the establishment of the Education Act (1961). The Act provides the legal basis for enabling the national language to be a compulsory subject in primary and secondary schools and in all training institutions.

It can be argued that today’s schooling system is not much different as it still maintains and preserves the “divide and rule” policy of the colonial period – even though this is not as explicit/overt as before.

In the past, the mainstream education system served colonial interests – mainly in the form of grooming and nurturing a “cadre” of low and middle level administrators alongside clerical support that is heavily drawn from the Malay community as the backbone of the administrative system. Some Indians of South Indian origins like the Malayali, Jaffna Tamil and Ceylonese communities were also earmarked, accordingly.

These administrators would also simultaneously function as non-political/non-politicised mediators and representatives on behalf of their colonial masters and respective communities. The Chinese were mainly represented by business and merchant interests, itself a legacy of the kapitan (the origins of Malaysia’s political-business nexus, perhaps?), and colonially-appointed agents in what is called the revenue farming (i.e., tax collection) system.

Thus, the colonial education system became a training and initiation ground – sort of a social as well as political “rite of passage” into the colonial administrative system which underpins, supports and facilitates the development and flourishing of the “comprador” (i.e., local agent for the colonialists) and “periphery” economy (that flows the natural resources extracted from the colony to the centre, i.e., the home of the empire).

Such was the “social contract” in colonial Malaya – which was carried over into the post-independent nation.

For decades post-the Hussein Onn Report (1971) and especially in the aftermath of the Mahathir Report (1979) otherwise officially known as the Report of the Cabinet Committee to Review Educational Policy, the education system became part of the political socialisation process – whose purpose is to ensure the hegemony of the then ruling coalition as embodied and exclusively dominated by Umno.

This included emphasis on the Malay identity as embodied by the Malay or national language as the basis and core of nationalism as well as nascent Islamisation (which became more pronounced at the tertiary level) – which could readily be wielded as a politicised and political tool.

The contemporary dynamism of policy orientation of the education system has further evolved since then – where nation-building has been held back by undue emphasis and stress on the history and worldview of the dominant community (by constitutional identity, historical legacy and sheer demographic reality or make-up) as dictated by the power-that-be.

The indoctrination and social conditioning that goes on in the primary and secondary schools as representing the formative years of the citizen is, of course, neither the pretext or even subtext of the successive education policies but necessarily imposed by the political elite as the form of practical implementation.

Although the potential positive long-term economic prospects for a nation is highly dependent on the education system, it can also have detrimental effects on nation-building at the same time.

In other words, we simply cannot take for granted that economic development and nation-building represent the bifurcation and twin outcomes of the education system – sharing the same ethos and running on parallel tracks that somehow converge at some (mathematical) point. That is, the policy goal and implementation for economic development of a more inclusive and equitable nation must mean that nation-building should also be accordingly so.

That has not been the case – with communal tensions and inter-ethnic polarisation in terms of worldviews and socio-religious attitudes still happening from time to time.

Towards that end, in regard to the latest manifesto announcements, Pakatan Harapan (PH), Perikatan Nasional (PN) and Barisan Nasional (BN) have all showed no political will to express a strong commitment to have a truly unified schooling system based on national integration, mainly due to the fear of risking the alienation of core support for the first coalitions on the one hand and strident opposition from component parties for the second and third coalitions, on the other hand.

The heated debate and discourse on the establishment of wawasan schools when it was proposed back in 1997 exposed the extreme reluctance on the part of the relevant stakeholders to give up what is deemed to be an essential and non-negotiable aspect of communal identity.

Thus, the political norm and habit of leveraging on non-tertiary education as a way to gain and secure electoral support from one specific ethnic group of voters deserved to be revisited again and again – for being just as divisive.

That is, the use of the education system vis-à-vis primary and secondary schooling as a tool to maintain hegemony is just as divisive as is the “reaction” of obdurately clinging on to separate types of national schools where, by default, there is (also) little inter-ethnic integration and mixing among the students.

Social and daily interactions among individuals from the same ethnic groups during their formative years in the respective vernacular schools according to established cultural values and norms that are not based on genuine and meaningful national unity tampers with the integration and, by extension, nation-building process.

This explains why we continue to have such divided communities in terms of mentality, psyche and attitude.

In the final analysis, ethno-populist agendas in the landscape of Malaysia’s identity politics are obviously the main setback and represent the obscure but significant frictions for the nation to smoothly transition into becoming a developed nation.

A national education system that is becoming more “shrill” in political socialisation and indoctrination of ethnic and religious identity at the expense of the minorities – and hence a form of majoritarianism – can never ever hope to attain world-class standards, let alone, irony of ironies, achieve national unity in the form of a unified and socially cohesive non-tertiary education system.

Hence, how can we proclaim that we want to produce a highly-skilled workforce and become a highly developed nation if we cannot even reform our national education system and ensure sustainable implementation due to entrenched and vested political interests that are addicted to manipulating race and religion to regain and stay in power?

In short, the education system in Malaysia is used to unofficially “divide and rule” – reinforce the differences and preserve some level or measure of suspicion and cynicism towards the Other, rather than to unify and promote integration.

In developed countries, policymakers see schools not as a form of political subjugation but rather as an integral solution to enhance the process of integration or assimilation as the case may be. It is political socialisation and social conditioning, to be sure, but minus the politicisation.

Perhaps another word to aptly describe the non-tertiary education process in Malaysia is ‘social politicisation” – again where attempts are made to politicise the social environment and setting in the form of primary and secondary schools so as to “divide and rule”.

Perhaps comparing Malaysia with other developed countries may not be fair due to cultural and historical differences, but we can and must change.

As EMIR Research has argued in “Brain drain or voting with the feet” (October 10, 2021), Malaysian brain drain has increased from 2007 to 2020 in tandem with the erosion of trust and confidence by the rakyat in the government and, by extension, the nation’s future.

In conclusion, what we need is for our youth to stand up and raise their voices regarding this matter of “divide and rule” via the non-tertiary education system more proactively, especially in the upcoming GE15.

We can always do better!

Jason Loh and Hazriq Iqmal Abdul Aziz are part of the research team of EMIR Research, an independent think tank focused on strategic policy recommendations based on rigorous research 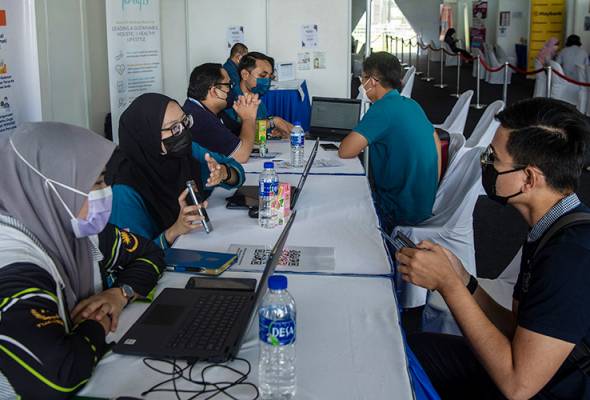 Youth underemployment should be acknowledged, not overlooked
Previous 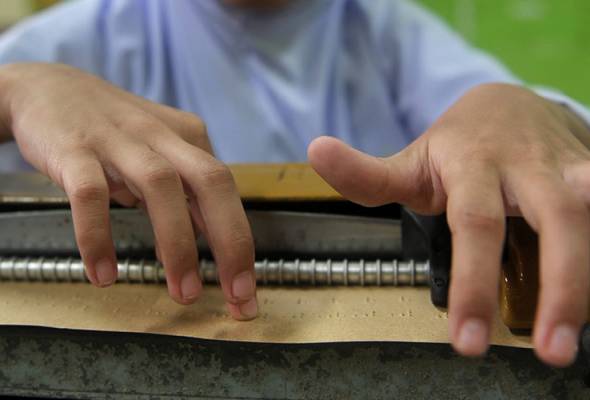 Enhancing the special education system for special needs children
Next