Zionists believe that history is on their side and this explains why they have been acting with absolute impunity. The aggression and encroachment on the Al-Aqsa Mosque (the third holiest site in the world of Islam) by Zionist occupying forces together with the ethnic cleansing of Palestinians in East Jerusalem – designated as the capital of the state of Palestine (Dawlat Filastin) and recognised as such by the United Nations (UN) – provokes the question of whether Israel sincerely wants peaceful and viable co-existence and for the two-state solution to work out in the first place.

Perhaps the Zionists believe that history is on their side, hence this explains why they have been acting with absolute impunity.

The partition for and establishment of the state of Israel (Medinat Yisrael) in 1948 with the provisional capital in Tel Aviv and its recognition by the (then) two superpowers of the US and USSR would seem to confirm that “the time had come” for the “return” of the Jewish people to their ancestral homeland and that, therefore, the nation was on the right side of history.

Declaration of sovereignty was immediately followed by the Arab-Israeli War of 1948 that resulted in the pre-planned, systematic expulsion and involuntary exodus of the indigenous Palestinians as demonstrated by Israeli/Jewish historian, Ilan Pappe, in his book, “The Ethnic Cleansing of Palestine” (2006). The Zionists had already anticipated eventual invasion well before 1948 and Plan Dalet was meant to deal with subversion within and near the borders of the Zionist state. This thesis is also supported by another Israeli/Jewish historian, Benny Morris, in “The Birth of the Palestinian Refugee Problem, 1947-1949”.

And as highlighted in the academic journal article, “Plan Dalet: Master Plan for the Conquest of Palestine” by Walid Khalidi (Journal of Palestine Studies, 1988), the Zionists had planned to “[mount] operations against enemy population [centres] located inside or near [their] defensive system in order to prevent them from being used as bases by an active armed force”. These operations included the “[d]estruction of villages (setting fire to, blowing up, and planting mines in the debris), especially those population [centres] which are difficult to control continuously”.

The subsequent 1956 War, Six-Day War (1967) and Yom Kippur War of 1973 again saw Israel fending off combined attacks from the surrounding Arab nations. This would have given the Zionists an aura of invincibility and reinforced their sense of “manifest destiny” as they seek to protect and expand their “homeland” (embodied in the West Bank settlements) here referred to collectively as the land of Israel (Eretz Israel) which is legally and politically different from the state of Israel.

It’s tragic enough (nakba – Arabic for “catastrophe”) that the Arabs were expelled by the Zionists through illegal/non-legally recognised expansion of the UN partition borders, for example. To be fair, the original partition was rejected by the Arabs. Post-Arab Israeli Wars, the Zionists have been emboldened to expel Palestinians outside of the legally recognised borders of the state of Israel through evictions and land grab, in defiance of international laws (eg. see United Nations Security Council Resolution/UNSCR 2334, Article 49 of the Fourth Geneva Convention, Article (8/2/b/8 of the Rome Statute of the International Criminal Court/ICC, etc) and the two-state solution. UNSCRs are binding on member-states under Article 25 of the UN Charter.

The Sheikh Jarrah incident is part of the ongoing, systematic and concerted campaign to enforce and implement the policy of ethnic cleansing and apartheid in Jerusalem since 1967. To state a truism, Jerusalem has always been divided into the Jewish, Muslim and Christian/Armenian quarters and the continuing Zionist occupation of East Jerusalem is illegal under international law (see UNSCR 242 and 478, among others). And the UN General Assembly (GA) resolutions 2253 and 2254 – while strictly speaking, not legally binding, nonetheless, express the moral force of international consensus – have condemned the Tel Aviv regime for changing the status and nature of Jerusalem by, eg, changing the demographic composition.

Zionist provocations in response to peaceful protests against the illegal and criminal evictions in Sheikh Jarrah by storming and violating the sanctity of the Al-Aqsa Mosque on the last Friday night prayers of Ramadan (May 7) resulted in Hamas, the elected and, hence, legitimate authority in Gaza to react by firing rockets into Israel. One doesn’t need to be a supporter of Hamas at all to recognise the fact that this organisation cannot be equated to the IS or Al-Qaeda. It’s not a terrorist outfit but a resistance movement which, however ambivalently, over the course of the years have tried to come to terms with the existence of Israel, in one way or another. The origins of Hamas lie in the initially non-violent philosophy of its founder, the late Sheikh Ahmed Yassin, who was callously assassinated by Israel in 2004.

The acts of firing rockets, therefore, can’t and shouldn’t be construed as acts of terror. Rather it’s in self-defence and a moral duty against Zionist intrusion and aggression in a territory under its occupation. It has to be recalled that East Jerusalem, Gaza and the West Bank formed an inviolate and indivisible state of Palestine (even if not geographically contiguous and under different administrations).

In this, Malaysia ever since under Dr Mahathir Mohamad has done the right thing in welcoming Hamas in our country, and that the minister of communications and multimedia, Saifuddin Abdullah, acted correctly – with respect to the recent fiasco involving the Mandarin news segment of RTM – in ensuring that Hamas is not wrongfully and unjustifiably labelled or attributed as a terrorist organisation.

According to the Gaza health ministry, the latest death tolls have accumulated to 188 people, including 55 children and 33 women, with 1,230 injured, as reported in the BBC. The prime minister has also issued a joint statement together with the President of Indonesia Joko Widodo and Sultan Hassanal Bolkiah of Brunei calling for a tougher stance against Israel and denouncing the Gaza bombings. The Organisation of Islamic Cooperation (OIC) has called for an emergency UNGA meeting. Meanwhile, Turkey under President Recep Tayyip Erdogan, one of the leading and strident and foremost critics of Israel’s expansionism and occupation, has called for the convening of the UNSC to resolve the crisis, echoing also our prime minister’s call.

The UNSC should convene to issue a fresh resolution that compels Israel to allow for UN officials together with the ICC investigators entry into Gaza to probe for war crimes with priority given to the state of Israel in what’s an asymmetric and disproportionate conflict. In fact, ICC chief prosecutor Fatou Bensouda has expressed intention to press ahead with an inquiry. Non-compliance and non-cooperation by Israel would result in enforcement of sanctions. This would be reminiscent of UNSCR 687 of 1991 (and by extension UNSCR 1441 of 2002) with specific reference to the demand that Iraq under Saddam Hussein then allow for UN inspectors to monitor and verify claims of disarmament of the “weapons of mass destruction” arsenals.

In the same resolution, the UNSC should also call for Jerusalem to be placed under an international body (with Israeli and Palestinian participation, to be sure) and calling on countries, including the US, that have moved their embassies to the City to reverse the decision. At the same time, a UN peacekeeping force will be stationed to preserve and maintain the status quo.

In addition, the UNSC must demand for an end of the land, air and sea blockade of the Gaza Strip by both Israel and Egypt. The OIC and Arab League should take a lead in this too – as the blockade which is stifling everyday living conditions of Gazans – should be part of the agenda of de-escalation and holding Israel to account.

Furthermore, the UNSC has the opportunity to recall UNSCR 497 (1981) in which the annexation of the Golan Heights from Syria in 1973 was declared “null and void and without international legal effect”.

It’s hoped that Turkey would downgrade or temporarily cut diplomatic ties with Israel in protest at the current situation. And with the backing of like-minded countries, Turkey could send its navy to the limits of the exclusive economic zone (EEZ) of Gaza – learning from the lesson of the Gaza flotilla raid (2010) – to contain and pressure Israel (in the eastern Mediterranean) and send a strong signal of its determination to end the blockade, sooner or later.

Now more than ever, day by day, Israel is “showing” to the world that it’s on the wrong side of history. Benjamin Netanyahu doesn’t care as his focus is only on saving his skin from the corruption charges. Netanyahu is also bent on annexing the West Bank – pursuing ethnic cleansing and apartheid to its fullest possible – putting the lie to the two-state solution.

Reactions the world over against Israel’s atrocities are rising as he “drags” the nation down to serve his personal and political interests. This may soon prove to be the beginning of Netanyahu’s undoing. 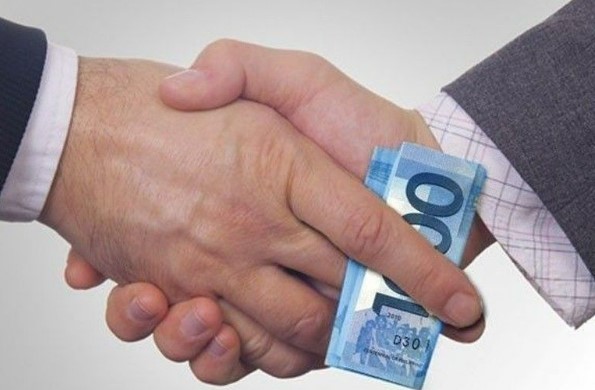