Focus on human rights too

No matter who is in charge, we the people have an obligation to keep the government on its toes. THE new government headed by Prime Minister Tan Sri Muhyiddin Yassin should pick up the unfinished business left by the previous Pakatan Harapan government and continue the work of further promoting human rights in Malaysia.

As Muhyiddin has said that he will be a PM for all, one of the things he could do is to amend or revoke obsolete draconian laws that inhibit or curtail our freedom of speech, particularly relating to the freedom of the press. Freedom of speech and of the press are fundamental expressions of human rights. Thus, the Sedition Act (1948), the Communications and Multimedia Act (1998) and the Printing Presses And Publications Act (1984) should be, at the very least, amended if immediate revocation is not possible.

Firstly, the Sedition Act. It predates our independence and the formation of Malaysia, and is a law inherited from the British administration. The law was put in place to suppress opinions critical of and subversive to the colonial administration. For decades, the Sedition Act has been used to convict political figures deemed to be a threat to the establishment. The situation was particularly acute under former PM Datuk Seri Najib Razak’s administration. Between 2013 and 2016,170 individuals were convicted under that Act.

In 2015, the government rushed through a Bill to amend the Sedition Act. However, the amendment was not meant to prevent the abuse of the Act but to increase its scope to allow for more people to be convicted. Hence, the Sedition Act has become a law that can be easily manipulated and abused to silence any criticism and potentially suppress freedom of speech. Thus, it should be abolished or at least amended to prevent any government from manipulating it for its own political purpose and interest.

Secondly, the Communications and Multimedia Act (1998). The Act was set up to regulate the converging communications and multimedia industries and related matters. This law, in general, is useful in preventing the misuse of cyberspace such as the spread of fake news with the potential to cause much harm to society; it also serves to protect end-users, ie, consumers. However, Section 233 of the Act can be easily misused. Its vagueness allows for the interpretation of anything contentious or controversial as an offence.

For example, in 2016, a human rights activist who uses cartoons and graphic design to raise public awareness of human rights was charged under this section of the Act for posting a picture of Najib as a clown. He was later fined RM30,000 and sentenced to one month in prison. NGOs condemned the conviction and said that it was a restriction of the freedom of expression because it stopped him from doing his peaceful and legitimate work as a human rights activist.

Section 233 should be amended or taken out as there are already other laws that can cover such issues with much clearer explanations, and which have much better mechanisms in place to prevent abuse by the authorities.

Thirdly, the Printing Presses and Publications Act (1984), or PPPA. The PPPA is oppressive in its own right as the entirety of Part IV of the law is heavily subject to the minister’s judgment and discretion. If he or she for some reason deems published content as undesirable, the publisher will be punished under this Act. Various sections of the PPPA can be considered as a violation of the freedom of expression which is protected under Article 10 of the Federal Constitution.

In fact, the Constitutionality of the PPPA has been called into question. However, the then Supreme Court in 1993 held that although the Act did restrict the freedom of speech, it is permitted by Article 4(2) and 10(2) of the Federal Constitution. In 2019, a human rights group dedicated to freedom of speech and expression said that the abolition of PPPA and various other oppressive laws could improve media freedom.

In March 2018, the then Deputy Prime Minister, Datuk Seri Ahmad Zahid Hamidi, announced the government intended to review the PPPA. However, the then government lost the 14th General Election, and progress was halted. The Pakatan Harapan government that won GE14 had also promised to abolish the PPPA, but progress was nowhere to be seen, in retrospect.

No matter who is in charge, we the people have an obligation to keep the government on its toes. Improving our economy, reducing the cost of living and advancing the interests and development of our country are all musts, but human rights should not be neglected either, as they are the very essence of a democratic society.

Building up the capacity of our institutions
Previous 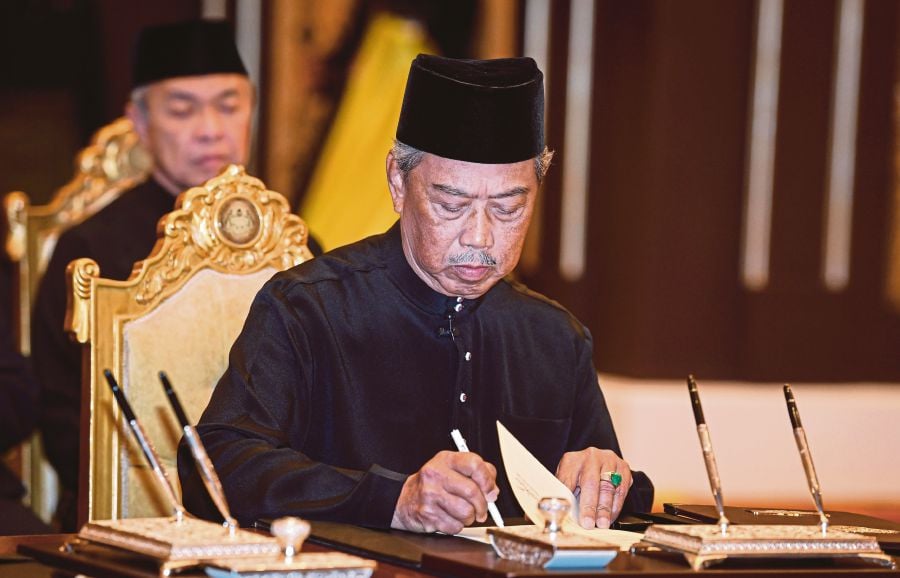 The system works so calm down, please!
Next