Going for the new normal in education

Everyone should have an equal opportunity to education despite the difficult time.

As expected by most Malaysians, the movement control order (MCO) has again been extended by two weeks to 28 April 2020. This time around, it comes with the permission for additional sectors to operate with standard operating procedure (SOP) set by the Ministry of Health (MOH) as well as guidelines established by other agencies.

Undeniably, these decisions provided reliefs to the employers and employees who are involved in the sectors, as well as Malaysians who prefer to continue staying at home given the uncertainty that remains about Covid-19.

Although the education sector remains closed in that schools and universities are still not allowed to operate with good reason, the government has introduced some novel things to get the educational sector going.

After all, “education is a continual process, it’s like a bicycle If you don’t pedal, you don’t go forward”, said the President of Liberia, George Weah.

According to UNESCO’s observation as of 10 April 2020, 91.3 per cent of the world’s student population (1.6 billion children and youth) has been hit by school closures in 188 countries. In Malaysia alone, school closures have affected 8 million students nationwide.

Therefore, this is the time when digital preparedness comes in crucial to support the students in terms of obtaining education. Education institutions have responded by holding online classes to ensure continuous learning. This is also to avoid the teachers from having to make time for replacement classes and rushing through syllabuses once the schools are allowed to open.

While the Education Ministry has listed online learning platforms like EduwebTV and CikgooTube, Google Classroom, Microsoft Teams, Kahoot, Quizizz, as well as the list of learning resources provided by the Malaysia Digital Economy Corporation (MDEC), not all students are as fortunate to get access to these options. They would need Internet access as well as digital devices such as computer, laptops, tablets or smartphones.

Despite the improved Internet access rate to 90.1 per cent in 2019 compared with 87 per cent 2018, there remains households which are underprivileged to get access to Internet at home due to reasons such as high cost of equipment and low level of confidence, knowledge and skills to use it.

And in line with this data, the government has reached out to the students via television rather than Internet access. This is particularly so when the access to television among households is relatively higher to Internet at 97.6 per cent, based on the ICT Use and Access by Individuals and Households Survey by the Department of Statistics Malaysia (DOSM) in 2019.

Malaysia has pursued this move with the introduction of television-based learning sessions through Radio Televisyen Malaysia’s (RTM) new channel named TV Okey, beginning 6 April this year. The government took this approach with the mindfulness that not all students have the access to Internet but their households do own televisions.

Secondly, the government can opt for an alternative, which likely requires direct spending or cooperation from the respective schools to provide digital devices particularly for the less-fortunate students in the rural areas.

Based on the similar survey done on ICT usage and access by DOSM, computer usage in the rural areas appeared to be left behind at only 54 per cent compared with 77.3 per cent for Malaysians who live in urban areas. Thus, these data show the need to address this issue.

Like China, the government is assisting students by providing computers to the low-income families. While in France, digital devices are being lent and printed learning materials are given to 5 per cent of students who do not have access to Internet or computers.

These are some of the familiar measures that can be refined from time to time or acted on during the extended MCO period. Nevertheless, communication is also important between the educators and students or parents in ensuring the learning transition become smooth sailing.

The teachers have to make sure they tailor classes based on students’ needs and convenience. By this, they should ask if each student has appropriate devices for e-learning and if they have stable Internet connection at home.

If these are not possible, teachers could provide suggestions to the students or parents on the alternatives that are readily available such as television-based learning.

For big examinations, reviews may need to be done on the schedules should the pandemic shows no signs of recovery in the near future. Lives are more important rather than having them to sit for exam papers, which can be performed at any time.

Distant learning would inevitably place burden to several households due to lack of resources or parents having to juggle between their jobs and handling the children. However, the new reality is happening in such way because allowing students to go to school or universities would be risky in many ways.

Hence, this is an opportunity to reform our education system by looking for productive solutions coupled with coordinated efforts from every party involved.

Anyway, we are not alone in facing education challenges caused by the global pandemic, as there are 187 other countries searching for ways to resolve the same problem. So, it is important to learn from each other and do our best for the sake of the children’s future!

As quipped by freedom fighter, Nelson Mandela, “Education is the most powerful weapon which you can use to change the world.” 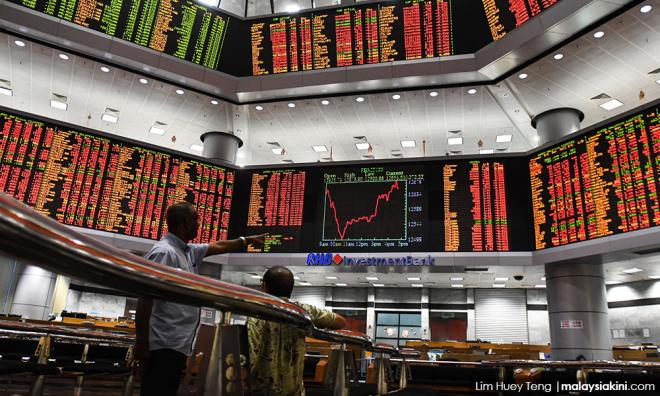 Cybercriminals leveraging on Covid-19 for disseminating fake news, scams
Next