Green spaces are the way forward to slow down the rapid urbanisation in Malaysia. 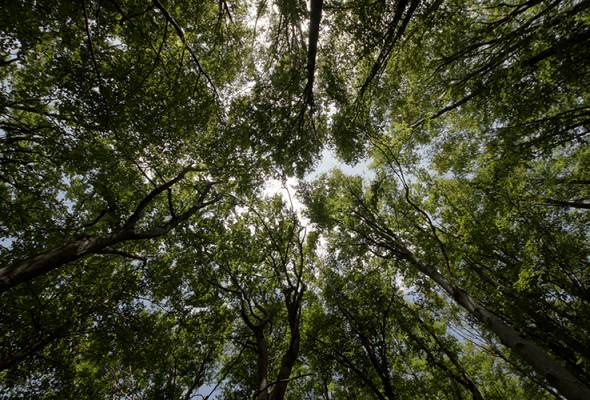 Although the Covid-19 pandemic has substantially restricted people’s movement to travel across borders freely, it has allowed many countries to rethink how to operate their cities more efficiently and sustainably with the consideration of green spaces.

This can be seen in Malaysia, whereby the current administration advocates sustainable development agenda in the Budget 2021 for the first time, followed by the 100 Million Tree Planting Campaign on Jan 9 and the first Climate Change Action Council (MyCAC) meeting on April 13.

Even though the current administration is committed to reducing greenhouse gas (GHG) emissions by 165 million tonnes of carbon dioxide through the Low Carbon Mobility Development Plan 2021-2030, rapid urbanisation in Malaysia might prevent local citizens from enjoying a higher quality of life.

According to the 2017 study by the Martin Prosperity Institute, University of Toronto’s Rotman School of Management, Malaysia is projected to have an urbanisation rate of more than 80 per cent by 2030.

Despite cities promote economic growth, rapid urbanisation would eventually lead to traffic congestion, overcrowded living conditions, risks to critical infrastructure, water crises and increased likelihood of diseases – a detrimental effect on the health and well-being of the citizens.

This can be seen in the Klang Valley area – 29 water cuts last year; each water cut lasts a minimum of one and a half days.

According to the Federation of Malaysian Consumers Associations (Fomca) president Marimuthu Nadason, Klang Valley residents still had to pay their water bill in full despite facing water cuts for 45 days last year.

In addition, the floods in several states of Malaysia such as Kuala Lumpur, Negeri Sembilan, Kelantan, Johor, Sarawak and Sabah during the third Covid-19 wave in Oct last year placed the life of the ordinary citizens in more devastating situations.

Therefore, the ongoing threat of water disruption and floods in Malaysia indicates that more green spaces are required in the country, promoting liveable cities around Malaysia.

In general, green spaces refer to initiatives that encourage the development of open space in an urban setting – providing people with the avenue to exercise, relax and socialise.

For instance, parks, waterfronts, walking trails, sporting fields, community gardens, forests and beaches are known as green spaces that could integrate the natural environment with the built environment within the city itself, creating refuges of peace and quietness within the bustle of the city life.

By integrating nature and high-rise buildings into the city planning processes, green spaces could slow down the rapid urbanisation in the country. At the same time, it also helps to promote better physical and mental health of all Malaysians regardless of socio-economic status, neighbourhoods and genders.

A scientific review published in The Lancet Planetary Health found urbanites living near a park or a garden had a lower risk of premature death. They also tend to have a lower risk of lung diseases and diabetes.

Studies have shown that people who spend at least two hours in nature each week are less likely to have depression, anxiety and stress besides better sleep quality – generating higher levels of well-being, including greater happiness and life satisfaction.

According to a 2019 study conducted by the University of Arizona, 60 per cent of students reported they had better problem-solving skills after spending more time in nature. The majority had better attention spans and learning abilities, as well as better imagination and creativity.

Therefore, to create more urban green spaces in Malaysia, the Malaysian Government could consider some of the initiatives below:

1. Installing pedestrian walkways or cycling pathways in place of roadways – promoting not more than 15-minute walking or cycling distance for most shops, parks, leisure facilities and residential areas. With these facilities, the local citizens can enjoy nature, get fit, relax and release stress through cycling and jogging activities;

2. Creating mini-forests to remove carbon dioxide and air pollution, reduce water pollution and serve as a noise buffer. They also provide habitat for other organisms such as birds and insects. Even though mini-forests are small, they can restore biodiversity to cities;

3. Converting empty spaces into urban farms – tackling food security related issues besides making good use of the existing sites; and

4. Utilising natural resources advantage of the country to create more green jobs for the benefits of its citizens. For instance, Malaysia could invest in reducing the cost of existing low-carbon energy-efficient technologies such as solar, wind and bio-energy – transforming into a low-carbon economy.

In a nutshell, now is the time for the current administration to turn commitments into action – working closely with local authorities, community groups and environmental advocates to provide accessible and high-quality green spaces in Malaysia.