Economic cheers can turn into tears if Covid-19 situation persists

The government needs to be consistent in enforcement while the people need to do their part as well.

Meanwhile Prime Minister Muhyiddin Yassin, who chaired the National Employment Council (NEC), said a total of 150,597 job seekers have succeeded in obtaining employment through 12 programmes implemented as at April 23 – exceeding the cumulative projection. The government, through the NEC, is targeting to create 500,000 job opportunities for this year.

“The government’s efforts in raising investments in the country have succeeded in creating 33,907 new jobs and 76 percent of them are in the skilled and semi-skilled categories. This is a part of the target of 160,000 new jobs from the commitment of investments for 2021,” he said in a Facebook post on May 7.

Another figure to cheer on is that Malaysia is set to exceed its foreign direct investment (FDI) this year from last year’s FDI of RM164 billion.

This means an average FDI of RM20.5 billion per month which gives a conservative projected amount of RM246 billion for the year. And this does not include RM44 billion worth of foreign investments that are currently at various stages of evaluation for the future, and the investment commitments garnered during Azmin’s latest investment mission to Saudi Arabia and the United Arab Emirates (UAE) from late April to early May.

According to Miti, in terms of potential investment, the companies in Saudi Arabia had committed in the immediate term to invest a total of RM200 million in Malaysia. Concurrently, the Saudi Arabian companies had also committed to source Malaysian goods and services amounting to RM833.5 million, to be realised in the coming years.

Similarly, for the UAE, Miti said the Emirati companies had committed in the immediate term, to cumulatively invest a total of RM2.16 billion in Malaysia and purchase Malaysian goods amounting to RM470 million.

And what’s interesting is the FDI committed so far are not lopsided in the sense of solely focusing on the Klang Valley or Peninsular Malaysia. The top management of SK Nexilis of South Korea, for instance, has agreed to double their investment in Sabah from RM2.3 billion to RM4.24 billion. While Japanese electronic components supplier Taiyo Yu-den, intends to invest RM3.75 billion to expand its operations in Sarawak.

Yet another positive economic number to cheer on is Malaysia’s Purchasing Managers’ Index (PMI) which is upped at 53.9 in April, the strongest expansion since July 2012 – indicating a solid improvement in the health of the manufacturing sector, according to IHS Markit.

April data suggested that output grew for the first time in nine months. The pace of growth was the strongest recorded since June 2020. Firms commonly attributed the renewed growth to improved market demand leading to increased orders.

“New order volumes also returned to expansion territory in April, the first rise since September 2018. The pace of the increase was solid, and the quickest in exactly seven years, as manufacturers noted stronger client confidence, notably for new products. Furthermore, new export sales increased for the first time since November 2019, as demand in key markets across Asia and the US recovered,” it said.

All these cheers brought about by the economy could change into tears if the daily Covid-19 infection is not taken care of.

The number to watch is the all-time high daily infection of 5,728 recorded on January 30. If this number is breached, it means the emergence of a new peak, along with the start of the fourth wave.

Thus, it is of the utmost importance to cap the numbers at the 3,000s, and then bring it down to 1,000s and finally a three-digit daily infection for us to heave a sigh of relief, a breather so to speak but definitely not out of the woods yet.

How can this be achieved?

The devil lies in the details of the need to balance between lives and livelihood. In the past few days, we can see stricter enforcement of the SOPs. I personally encountered at an ATM outlet to draw out cash, when enforcement officers went in too, and asked everyone to show their scanned MySejahtera apps, or being stopped by enforcement officers near midnight to enquire where I was going as I was on the way to a pump station to get petrol for my car.

The loopholes for potential interstate travel all this while through the unblocked Federal Highway have also been patched with police roadblocks.

The government doesn’t have to wait for the daily infections to reach the 3,000s for such strict enforcements, as this should be the mainstay of enforcement especially when it’s in the 1,000s.

And unlike the one encountered by a burger stall in Kelantan which was fined RM50,000, the enforcement officers I encountered at the ATM were very polite and firm – the few who did not scanned their MySejahtera apps were firmly given a stern verbal warning and were told to go out and scan their apps, with their particulars taken without being compounded.

This is enforcement with a heart which will definitely win many hearts, or as described by my Emir Research colleague, Jason Loh, an empathetic or prihatin enforcement in his article, “Enforcement officers, please show empathy”.

The government must also improve its communications to the people so that all SOPs can be understood in a simple way and do not look contradictory. But the rakyat should also understand that this is the first time such a pandemic occurs that features a trade-off between the economy and public health, hence expect the government to change course each time it gets a different feedback.

It doesn’t help if this attempt to change course after getting a feedback is being insinuated contemptuously as a U-turn.

But there is only so much the government and enforcement officers can do because ultimately the success formula in the war against the Covid-19 virus is personal and social responsibility of all citizens relating to the practise of the 3Ws of basic personal hygiene and avoiding the 3Cs.

The three Ws are wash your hands, wear a mask in public, and heed MOH warnings in relation to shaking hands, good coughing and sneezing etiquettes, seek treatment if symptomatic, disinfect touched surfaces frequently, and stay at home, while the 3Cs are avoiding crowded places, confined spaces, and close conversations.

Other than stricter enforcement with a heart, for now what the government needs to do is to ensure the healthcare service is not overwhelmed so that an increase in daily infections in the 5,000s can be postponed indefinitely or better still, eliminated.

What the rakyat need to do is to understand that when the fourth wave arrives, it would be more lethal and serious than the current wave that will give a major setback to the economy and hamstrung all economic gains, not to mention the toll on lives, hence the importance of always to observe the SOPs set by the authorities.

Jamari Mohtar is director of media & communications at Emir Research, an independent think-tank focused on strategic policy recommendations based upon rigorous research. 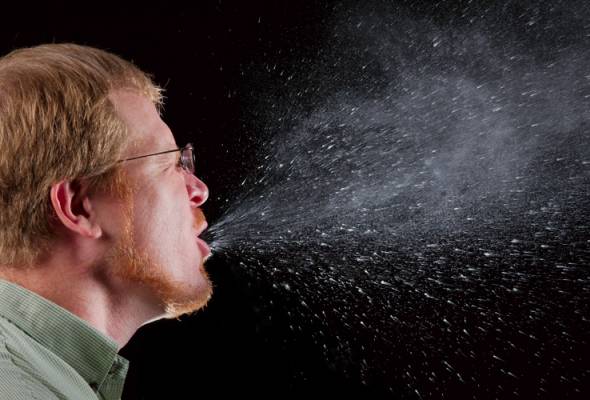 An overlooked toolbox in COVID-19 pandemic management
Next