Cross-border logistics issues in terms of high logistics costs and the difficulty in customs clearance inspections should be tackled seriously so that e-commerce in Malaysia can develop remarkably. Recently, Deloitte (i.e., one of the Big 4 accounting firms) highlighted a piece of positive and exciting information regarding the future of Malaysia’s e-commerce market in its “Technology-empowered Digital Trade in Asia Pacific” report.

That is, Malaysia ranks first in the growth of e-commerce market size among members of the Regional Comprehensive Economic Partnership (RCEP), with a compound annual growth rate (CAGR) of up to 14.84% between 2021 and 2025.

Nonetheless, the Deloitte’s report also mentioned that Malaysia’s overall cross-border e-commerce has been hampered due to weaknesses in the current logistics infrastructure and technical operations.

That is to say, the remarkable development prospects of Malaysia’s e-commerce could be adversely affected if the cross-border logistics issue is not seriously addressed.

According to the Deloitte’s report, 77.80% of the surveyed enterprises in Malaysia agreed that the main challenge of the country’s cross-border e-commerce is high logistics costs.

This is mainly due to the shortage of logistic infrastructure (i.e., containers and port facilities) during the Covid-19 pandemic.

In other words, the current cross-border logistics supply is unable to meet the soaring demand around the world (due to the reopening of the economy – gradual and steady resumption of business activities and nothing to do with so-called “loose monetary policy” which by the way is endogenous, i.e., subject to and driven by a combination of fiscal policies and the concomitant of the multiplier effect which then only impacts on the monetary leverage or all the borrowing and financing) which in turn pushes up costs.

The President of the Society of Logisticians Malaysia (LogM) Chang Kah Loon shared a staggering instance regarding the skyrocketing logistics costs. That is, the sea freight from Malaysia to New York in June 2021 had increased by 771.8% year-on-year.

He then pointed out that this exaggerated situation is unprecedented, at least during his 27-year career in this industry.

According to Bloomberg, the congestion rate of Port Klang, Malaysia stood at 55.8% (which was 26.7% greater than the median) – which could be considered as the most congested port among the major global players.

The congestion is expected to become more severe as many port and logistics operations staff cannot work as usual due to the recent year-end heavy downpour and flooding in Klang.

Therefore, the problem of high logistics costs may worsen.

On top of that, the difficulty in customs clearance inspections is the second major challenge encountered in cross-border e-commerce, as agreed by 58.60% of Malaysian companies surveyed by Deloitte.

Recently, two internal reports from the Royal Malaysian Customs Department (RMCD) disclosed that the performance of the new customs scanners installed in September 2021 – worth RM242.24 million – was “unsatisfactory” after a month-long trial operation.

This is because the scanning rate of new custom scanners was only 53.5%, and the machines sometimes failed to perform even if the vehicles are moving at a regular speed.

Apart from the poor scanning rate and machine failure, several malfunctions were detected during the test run, such as wrongful information (e.g., a truck with vegetables was mistakenly identified as transporting cement), camera defects, and unclear image quality on rainy days at night.

Due to these issues, the officers on duty have to manually key in the information, which delays the customs clearance process.

Furthermore, since the scanners use a combination of diesel engine and electric generator, the officers need to repeatedly check and replenish diesel to prevent damage, which is time-consuming and laborious.

In short, the “impractical and burdensome” customs clearance system adversely affects the efficiency of cross-border logistics.

To improve and reform the cross-border logistics industry, EMIR Research would like to propose the following measures:

Nonetheless, they currently do not produce containers to help alleviate the congestion situation due to strict manufacturing standards.

The requirements indirectly impact on the manufacturing costs (e.g., the relevant raw materials, quality control and the costs of producing containers in their semi-processed and finished forms that do not meet the standards set under the pre-existing rules and regulation as well as the opportunity costs of the inventory) outweigh the benefits.

In this case, the Ministry of International Trade and Industry and the Ministry of Transport should engage with these three companies in order to enable them to produce the needed freight containers.

The government should dismantle the cumbersome rules and regulations for manufacturing freight containers that do not necessarily play a role in ensuring quality.

This move is expected to facilitate and smoothen the manufacturing process and promote economies of scale, thereby incentivising the production of freight containers and contribute to helping cross-border logistics industry players to relieve the current congestion in major global ports, including Malaysia.

Digitalisation is another way to eliminate cross-border logistics supply bottlenecks and the red-tape or paperwork alongside the concomitant of high costs that comes with that.

This is because the logistics companies can significantly improve operational efficiency over time and reduce the port congestion rate by adopting Logistics 4.0 – including robotics, automation, Big Data as well as the Internet of Things (IoT).

Besides, the cross-border logistics players can avoid the issue of inadequate manpower if digitalisation is applied in daily operations.

Regrettably, Deloitte stated that Malaysia’s degree of digitalisation in logistics is the lowest compared to other Asian countries.

This unsatisfactory result should serve as a wake-up call as digitalisation is currently urgent priority for the logistics industry in Malaysia.

To promote digitalisation, the government should focus on improving the information and communications technology (ICT) infrastructure and broadband connectivity (which includes the wi-fi service) for the logistics sector.

Currently, Malaysia’s ICT infrastructure seems to lag behind global standards, especially in rural areas, as highlighted in Ismail and Masud in “Prospects and Challenges in Improving E-Commerce Connectivity in Malaysia” (2020) as published by the Economic Research Institute for ASEAN and East Asia (Eria).

This implies that the transformation to digitalisation will be impeded by an ICT eco-system that is performing below its potential.

Towards that end, the Malaysian Communications and Multimedia Commission (MCMC) can take steps to harness and mobilise its regulatory powers over the telcos – to compel them to further improve and boost the delivery of digital and broadband services.

Firstly, the MCMC should revisit the fixed two-year subscription contract offered by the telco to the consumers, which includes the logistics players. As the regulator, the MCMC should mandatorily require all telco companies to shorten the contract duration to six months only.

Furthermore, the MCMC should require the telco companies to meet the new Mandatory Standards for Quality of Services (MSQoS) that came into effect in August 2021 before any proposed mergers and acquisitions (M&As).

The new MSQoS consists of the requirement of equal or less than 50 ms of network latency, 95% of the time for fibre, and minimum 25Mbps speeds through Fixed Wireless Access, 90% of the time, on a 4G network.

The logistic industry players can benefit from these measures and proceed to digitalise their business as they can now enjoy Logistics 4.0 technology conveniently backed by quality broadband services.

PTS Resources (i.e., the supplier of the new custom scanners) claimed that the issues mentioned before have been addressed already. The person in charge also indicated that the X-ray cargo scanners for customs inspections system are being constantly fine-tuned in accordance with the requirements of the Royal Malaysian Customs Department (RMCD) and real-world scenarios.

However, so far, the Ministry of Finance (MoF) and RMCD have yet to respond to this claim yet.

The government must review and re-examine the procurement and certification procedures of custom scanning machines and publicise the investigation results.

The MoF and RMCD must also require the supplier to repair and maintain the system within the specified time. Fines will be imposed if the prescribed time is exceeded.

Moreover, the supplier should be required to provide additional scanners so that the officers can replace faulty items in time without delaying the customs clearance process.

Overall, the issues of cross-border logistic should be addressed urgently so that the rapid development of e-commerce in Malaysia can go on full throttle. Can peninsula-based parties continue to thrive in East Malaysia?
Previous 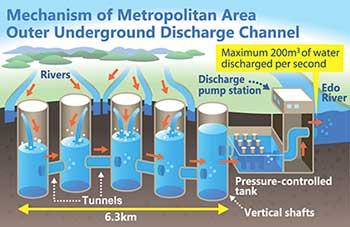 Flood management – please come up with a masterplan
Next