Such was the acute sensitivity displayed by Moshe Dayan – one of Israel’s well-acclaimed leaders and statesmen. When the Jordanians inexplicably withdrew from the Old City within East Jerusalem at the height of the 1967 War, thus allowing the Israelis paratroopers to occupy Al-Aqsa and Dome of the Rock (which for the Jews, both sites sit on what’s known as the Temple Mount), the first thing that the unit chief communication officer did was to raise the national flag – which drew the immediate ire of Defence Minister Moshe Dayan who exclaimed, “Do you want to set the Middle East on fire?”

One can only surmise as to the decision by the Jordanians to abandon defence of the Old City.

The Jordanians probably didn’t want the Al-Aqsa Mosque, the third holiest site in Islam and central to the worldview of Muslims, to be subject to damage or destruction in the middle of the fighting.

Even the Zionists at the time were careful to avoid heavy bombardment of the Old City and hence the deployment of the paratroopers to secure the area and flush out remnants of Jordanians entrenched in sniper positions (trenches, improvised urban-style bunkers). Even the air force of both countries avoided the Old City – as the aerial assault would have definitely been way too disproportionate.

And this was why Moshe Dayan was irked when the Zionist flag was perched on top of the Dome. He knew that both Al-Aqsa and the Dome were integral to the faith of Muslims (i.e., Palestinians and non-Palestinians alike) and keen that the Arab-Israeli conflict didn’t spill-over into a holy war for Muslims with far-reaching repercussions.

The Dome was, of course, the site of Prophet Muhammad’s (saw/peace be upon him) night journey and ascension to heaven (Al-Isra’ wal-Mi’raj).

Thus, this was also why the Temple Mount (also holy for the Jews) was immediately returned to the rightful owners, namely the wakaf council/trust that manages Al-Aqsa and the Dome.

Such was the acute sensitivity and awareness displayed by Moshe Dayan – one of Israel’s well-acclaimed leaders and statesmen.

In stark contrast, today’s Zionist State of Israel is led by politicians who are raring to openly realise that vision for a Greater Israel, and therefore which only sets the stage for another regional conflict but one in which the dynamics are no longer the same as during the four Arab-Israeli wars.

The fact that a flag rally/procession – only cancelled at the last minute – could even be scheduled to pass through the Old City on June 10 (Thursday), something unthinkable before, is but a microcosm of the changing attitudes of the Zionists who have been becoming more blatant in their design and intention over the decades.

To its credit, Hamas had no choice but to issue a stern warning in relation to the proposed march – since it’d been a gross transgression, yet again, of the sensitivities of Muslims worldwide.

Who could forget the highly offensive and inflammatory scenes of the Israeli security apparatus encroaching the sanctuary of Al-Aqsa in order to fire tear-gas, stun grenades and rubber bullets at worshippers, between mid- and late May, which can only be considered as a sheer act of unsolicited provocation?

The Zionists aren’t sincere in implementing the two-state solution despite the Oslo Accords and are determined to engage in occupation for perpetuity – in the malignant wish that the majority of Palestinians would lose hope, give up their basic rights and migrate.

This is a result of acting with absolute impunity – with no sanctions and punitive actions exacted by the international community despite violation after violation of international laws.

Israel enjoys special treatment from the US – which has a systematic pattern of vetoing and blocking the United Nations Security Council Resolutions (UNSCR) as well as indirectly by way of abstention. According to data from the UN, the US has vetoed at least 53 such resolutions from 1972 onwards.

Whilst the US condemns China’s treatment of the Uyghurs in Xinjiang, its actions over Israel’s occupation of West Bank (and Gaza by way of continuing air and sea blockade) smacks of dastardly double standards.

As China’s Foreign Ministry spokesperson Zhao Lijian said, “Why has the US been so callous about the Palestinian people’s human rights while it keeps talking about upholding Muslims’ human rights?” (as quoted from “China says US veto paralyzing UN Security Council over Israel” published by Anadolu Agency/Anadolu Post, May 19, 2021).

Whilst it might sound almost incredible, the only solution to all of this – the trampling of Palestinian and that of the Muslim ummah (which can’t be strongly emphasised enough) – is for the Old City of Jerusalem (at least) to come under a joint-UN peace keeping force and Multinational Islamic Defence Force (MIDF).

The reason for such “radical” proposal (which after all isn’t really so)?

To protect the sanctity of the third holiest site in Islam and enable worshippers to continue their religious obligations in this regard undisturbed.

This would also prevent a future situation from being out of control and flaring up into a magnitude – driven by intrinsic momentum or own impetus – from which there’s no return (e.g., as in the state of “escape velocity” whereby an object on its own, i.e., without further propulsion or push, has breached the pull of gravity considered as safety net).

Working towards this would require cooperation with Hamas – now at the forefront of the Palestinian liberation cause.

Even if Israel would never ever concede to the above proposal, it would still have to talk to Hamas, come what may. In an EMIR Research article, “Ethnic cleansing and apartheid – Israel & Netanyahu are on the wrong side of history” (May 17, 2021), it was pointed out that Hamas isn’t a terrorist organisation at all but a resistance movement.

The newly published book, Engaging the World: The Making of Hamas’s Foreign Policy by Daud Abdullah (Afro-Middle East Centre/AMEC, January 2021) confirms the intense struggle by Hamas to adopt a moderate stance in its external attitude and relations, e.g., on the basis of the principle of non-interference in the affairs of other countries.

Its sole focus and aim is the liberation of Palestine.

Otherwise, should the Zionists refuse to reach out and negotiate, Hamas can only have one option and that’s to advocate for a one-state solution but without (and this can’t be emphasised enough of) a long-term truce as the basis, in return for the right of return of refugees to be recognised and allowed for.

In Hamas: The Islamic Resistance Movement by Beverley Milton-Edwards and Stephen Farrell (Polity, 2010), the book describes how Hamas was born out of poverty, misery and desperation – something that the mass media, particularly in the West, rarely highlights.

The following paragraph is worth quoting: “Those Palestinians had come to believe that, after years of negotiations with Israel without any deal that would offer them hope of statehood and independence, there was little point in investing further political will in a process making their living conditions worse, not better” (p. 6).

Recall that the late 1960s and 1970s were a period where resistance organisations such as the PLO (Palestinian Liberation Organisation) and Popular Front for the Liberation of Palestine (PFLP) were involved in hijackings and assassinations of Zionists abroad.

Israel should be reminded that these acts of terror don’t apply to Hamas. Or better still, after using the existence of Hamas to divide-and-conquer the broader Palestinian liberation movement in the initial years, the time has come for a “full-circle”. That is, Israel must now create and enable a situation where it plays the role of facilitating the unity of the broader Palestinian liberation movement in a move towards a two-state solution.

This means that Hamas’ moral legitimacy doesn’t rests with Israel, at all. It lies with the Palestinian people and they alone decide their future (leaders).

Otherwise, Israel should be prepared for a future holy war that seeks to redeem the honour of Al-Aqsa.

Is this the price the Zionists are willing to pay – in their push for a Greater Israel? 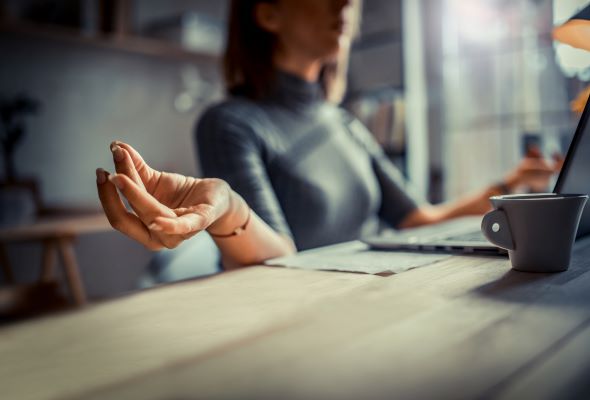 Is spirituality relevant in addressing mental health issues?
Next