COVID-19 vaccines may have been wielded not only as a diplomatic tool but also as means of coercion for the reshaping of global geopolitical landscape.

Although Covid-19 presents itself as global health crisis on the surface, the pandemic appears to have been capitalised for a new type of warfare behind the scenes. In addition to commercial gains, Covid-19 vaccines have been wielded as a tool for geopolitical reconfigurations by global superpowers.

While the world blames the more protectionist, or for a lack of a better word, the so-called “greedy” countries contributing to world vaccine shortages, nations that appear to be more “outward” in their initial approach also have to observed with a keen eye for ulterior motives. As the saying goes, there’s no such thing as a free lunch.

Experts in international studies and political science Simon Frankel Pratt and Jamie Levin pointed in a Foreign Policy article that although many of China’s global vaccine dissemination were provided at no cost (which could imply the appearance of altruistic motives), it “seems intended to rapidly undercut and abort deals that states have made with Pfizer through earlier shipments and, potentially, bribery of local officials”. No doubt these are strong speculations that needs to backed up by evidence.

In any case, the capitalisation of a country’s desperate circumstances in the battle of the powerful global North for influence on the global South can be best observed in Brazil, which is one of the most hard-hit countries in the world by deadly Covid-19 waves. The Bureau of Investigative Journalism revealed that Pfizer has been accused of “bullying” the government of Brazil in vaccine-related negotiations.

On March 4, Reuters reported that Brazil’s then-Minister of Health Eduardo Pazuello alluded that the agreement with Pfizer was nearing completion, which Reuters mentioned as “effectively overcoming a dispute over liability clauses”. In the midst of the spat between Brazil’s government and the US multinational pharmaceutical giant, China was able to gain significant foothold in Brazil.

Bymid-March, vaccine coercion may have been used to power through the global battle for 5G infrastructure, whereby The New York Times revealed that China has set a precondition of allowing Huawei access to Brazil’s 5G market for the supply of its vaccines. A well-placed chess piece by China given that Brazil was initially in the same boat with Trump in its denouncement of Huawei as China’s “trojan horse” of global surveillance.

Russia also wanted to supply its vaccines to Brazil, butthe USmay have influenced Brazil to reject Russian vaccines, as pointed by Brasilwire in an article on March 14.

The Brazil-centric portal cited what was claimed to be contents from page 48 of the US Department of Health and Human Services Annual Report 2020, which implicitly stated “Examples include using OGA’s Health Attaché office to persuade Brazil to reject the Russian Covid-19 vaccines” in a paragraph under the heading “Combatting malign influences in the Americas”.

The Twitter account for Sputnik-V (one of Russia’s vaccines) picked up on this the next day (March 15) and posted what appears to be a screenshot of said page.

Obviously, the battle must have raged on behind the scenes and by the end of April, Reuters reported that Anvisa (Brazil’s health regulator) rejected the importation of Sputnik-V vaccines, claiming “serious defects” of potentially replication-competent adenoviruses. The Russian Direct Investment Fund (RDIF) obviously dismissed this as false and stated that this may have been politically motivated. The developers of Sputnik-V have since then announced legal actions on Anvisa for defamation.

The World Health Organisation (WHO) is currently conducting site inspections of Sputnik V manufacturing facilities to ensure safety and quality standards are met. WHO’s findings and stance should carry more weight than Anvisa.

Interestingly, Reuters also reported on May 14 that Pazuello was replaced in April largely due to criticism of vaccination delays, and that Pazuello had failed to take Pfizer’s offers last year due to his stance on relying on locally-produced British and Chinese vaccines, according to two sources in Brazil’s government.

Though the influence of foreign lobby in Brazil’s political and administrative landscape remains a speculation, it’s clear that the US and China are winners in what appears to be a vaccine tactical warfare to exert influence in the most powerful south-American nation.

While Russia may have been rejected in Brazil, its vaccine diplomacy has succeeded elsewhere.

Although the official story regarding the release of an Israeli citizen detained in Syria was that it happened through the exchange of two Syrians detained by Israelis, The New York Times revealed in Februarythat it was actually a secret agreement for Israel to fund for Sputnik-V vaccines in Syria in exchange for Russia’s brokerage of the deal for the Israeli citizen’s release.

Sources claimed that Russia has been engaging in vaccine diplomacy in Latin America, Middle East, Eastern and Central European countries.

India also found a way to exhibit vaccine diplomacy capabilities against neighbouring China. The New York Times reported indications of China’s vaccine coercion with Paraguay, whereby vaccine supply was allegedly tied to Paraguay’s reconsideration of its relationship with Taiwan. This was unsuccessful as China’s competitor India stepped in (under the request of Taiwan) to supply vaccines to Paraguay, as reported in Foreign Policy.

The US, which has initially focused on its domestic vaccination efforts, have recently announced plans for the donation of an initial seven million doses of Covid-19 vaccines to Asian nations, including Malaysia. This was reported as a part of its planned 80 million vaccine doses donation worldwide by the end of June.

This could indicate Biden administration’s move to show global solidarity and/or an effort to balance the global chess pieces played in advanced by China and Russia.

While we have learned that free lunches are hard to come by, some nations may take US’s move at face value and interpret it as an attempt for the US turn a new leaf under the new administration. Regardless of motives, it’s a win for the US because at the end of the day many nations need vaccines and will welcome it with open arms.

We would expect China to make competing exemplary moves, but instead, China appears to be making intrusion into Malaysia’s airspace, and most recently, encroaching Malaysia’s waters off Miri. Though it may be unrelated to vaccine diplomacy, it is still unwise for China to disregard its neighbour’s sovereignty if it seeks to reconfigure its geopolitical influence. Or does China consider its neighbouring countries in South East Asia to be under its sphere of influence by default?

With such events happening around the word, there is fear that vaccine passports could be misused to further geopolitical interests and agendas through selective empowerment.

For example, the European Union (EU) travel pass which only accepts vaccines approved by the European Medicines Agency (EMA) currently discriminate (as of June 9) millions of potential travellers vaccinated with China’s Sinopharm and Sinovac vaccines, Russia’s Sputnik-V, and other vaccines not in EMA’s approved list.

Despite the notion of “the best vaccine is the fastest one you can get”, Malaysians, and people in other countries are now presented with a discriminatory factor irrelevant to public health.

From the commercial perspective, being a first-mover to secure a large chunk of the vaccination market kills two birds with one stone because of the likelihood for continuous need of the same vaccine type. Securing the market now blocks future market competition as well. Brand reliance in place of brand loyalty.

That said, vaccine producers and their parent nations that have overplayed their cards through the wrongful capitalisation of vaccines, should know that the emerging findings on the potential to mix different types of vaccines (or switch vaccines), emergence of potential drugs for Covid-19 treatments, the increasingly loud call for temporary intellectual property waivers and other factors may change this power-dynamic in the future.

The dust will settle and governments remember when and if their arms were twisted to give way to geopolitical concessions.

The “joker” card could be the findings of on-going investigations on Covid-19 virus origins. Outcomes of such investigations (and the severe implications it would have should it point to a certain country or organisation being responsible) would not only risk undoing the geopolitical reconfigurations, but may also regress its image and influence globally.

Ameen Kamal is Head of Science & Technology at EMIR Research, an independent think tank focused on strategic policy recommendations based on rigorous research.

China – Malaysia engagement has not ended but …
Previous 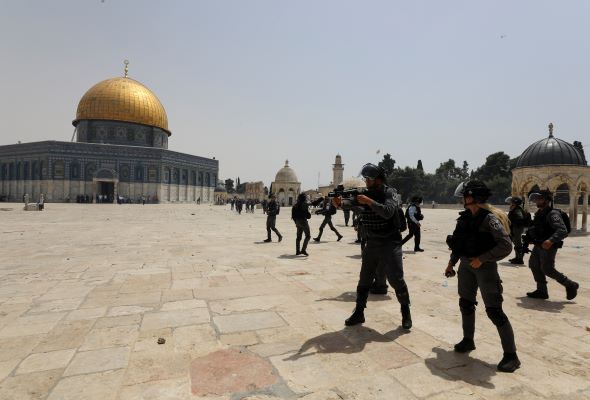