We should attach equal importance to child poverty as with other critical issues such as climate change, economic growth models and women’s empowerment. 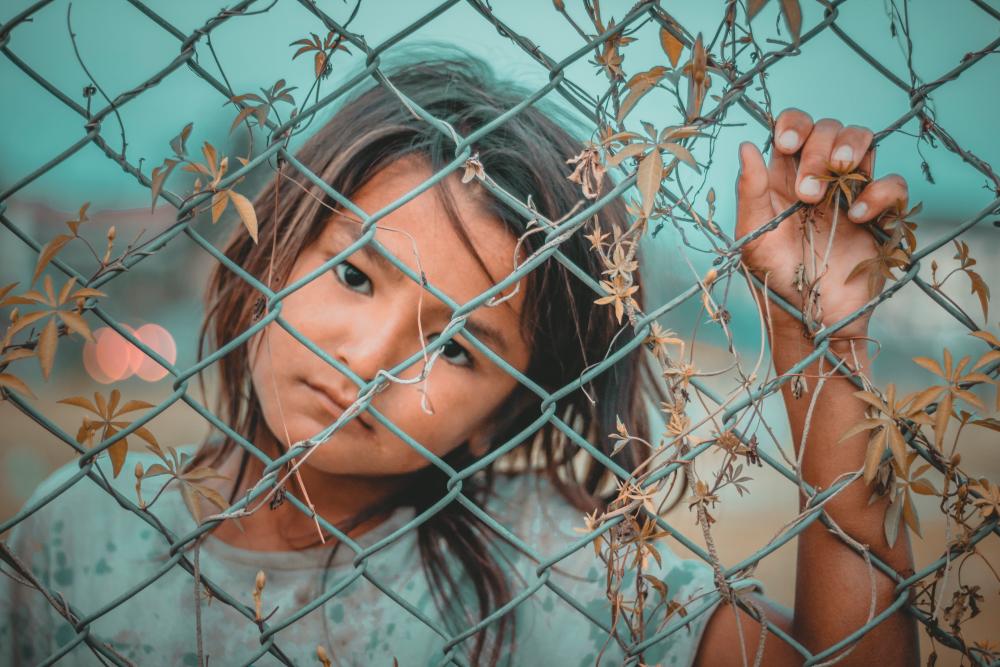 Last year, Permatang Pauh MP Nurul Izzah Anwar pointed out that Malaysia was witnessing the tragedy of acute poverty among children arising from the socio-economic and economic impact of the Covid-19 pandemic.

She warned that this issue has ripple effects on the children’s education, social mobility and future prospect, which in turn would cause their lives to be worse than their parents (i.e., the previous generation).

This caveat should serve as a wake-up call for us to take immediate action and ensure that “no child is left behind” in line with, e.g., the 2030 Agenda for Sustainable Development as advocated by the UN.

We should attach equal importance to child poverty as with other critical issues such as climate change, economic growth models and women’s empowerment.

Child poverty, in fact, is a complex issue as it touches on many aspects of children’s rights – as enshrined in the UN Convention on the Rights of the Child (1989).

For instance, a child can be considered in poverty if he or she has a material hardship issue (i.e., insufficient consumption of essential goods and poor access to services such as housing, healthcare, educational and playground or “extracurricular” facilities, etc.).

Unfortunately, as in the case of Malaysia, no government agency (e.g., Department of Statistics Malaysia/DOSM) provides a comprehensive database on child poverty by compiling all the relevant data as reported (by counterparts and other government departments).

This may result in politicians, policymakers and civil society becoming distracted and bogged down in squabbling over data collection and accuracy.

Consequently, the formulation and implementation of child poverty eradication plans may take second place as complacency and a false sense of achievement could set in with the government then losing focus and the political will to go “all out” against this evil.

In addition, child poverty-related data as reported by ministers can be criticised for being flawed.

For instance, Deputy Education Minister Dato’ Dr Mah Hang Soon indicated that a total of 21,316 students dropped out of school from March 2020 to July 2021 (during the various lockdown periods).

Although he claimed that the number of school dropouts in 2018 (i.e., 37,074 students) was higher than during this period, he overlooked the fact that the reported data (i.e., from March 2020 to July 2021) contained several obscure flaws:

A lack of holistic data could mask the actual situation on the ground and impede efforts to effectively and definitively address the issue of child poverty with the aim of eventual eradication. Instead, it could exacerbate learning loss among children and, therefore, dampen their future economic and socio-economic prospects.

Notwithstanding, from the 2021 Global Nutrition Report (a world-leading independent assessment), we can glean insightful data on the nutritional dimension of child poverty.

It is also worth mentioning that the then United Nations Children’s Fund (Unicef) representative to Malaysia Marianne Clark-Hattingh had warned that the increase in stunting between 2015 (17.7%) and 2016 (20.7) was extremely alarming and indicated that urgent action was needed to address the root causes of malnutrition.

It follows from this (i.e., the increases in stunting between 2015 and 2019) implies that past efforts to improve shortcomings in children’s nutritional intervention programmes have been inadequate.

Moving on, our public policy, let alone welfare policy, have never been saliently “underwritten” by properly calibrated outcomes and impacts, but only the “conventional” approach of “pumping” money and, by extension, “speed to spend”.

For instance, we all know that Covid-19 has resulted in many children being orphaned. It is important, therefore, to provide help with crucial long-term impact on their lives.

Regrettably, Budget 2022 only stated that the government “will provide RM25 million to Yayasan Keluarga Malaysia to lead efforts in protecting the welfare, education and future of these orphans” but without further detailed explanation or elaboration as to how the money will be specifically deployed and spent.

Such scenario also applies to other welfare policies for children like the Supplementary Food Programme, purchase allowance on child safety seats for B40 families and Community Feeding Programme, among others.

As mentioned in an EMIR Research article, “Recalibrating national budget – eradicating leakages and corruption” (January 06, 2022), the infusion of the Input-Output-Outcome-Impact (IOOI) framework into our policymaking and decision-making process is urgently needed as it is the only way to instil accountability, transparency, competency, etc.

The IOOI framework encompasses not just the inputs (budget allocation for a particular children’s welfare policy) and outputs (the number of children involved in the policy) but, critically, the outcomes (the number of actual beneficiaries measured by regular surveys and primary research) and ultimately the impacts (higher-level societal goals and results).

The idea of the IOOI model (figure below) is a powerful one as it can help policymakers to get rid of short-sighted policies and induce transformational changes to society.

Additionally, the IOOI model allows us to monitor and track the effectiveness of welfare policies as well as reflect on the deficiencies in the policy-making process. The practical effect would be continuous improvements to policy formulation and promotion of prompt or timely execution/implementation.

Not least, we can reduce wastages and leakages each year due to corrupt practices and abuses.

To effectively address the child poverty issue, EMIR Research would like to propose the following policy recommendations to supplement and complement the above:

Khazanah Research Institute (KRI) has proposed implementing a UCB in its report “Building Resilience: Towards Inclusive Social Protection in Malaysia”.

UCB is a scheme that offers cash payments to children regularly and unconditionally until they reach 18 years old – to ensure that their basic needs are met throughout childhood and adolescence.

KRI suggested that this programme should be conducted and expanded gradually by covering children between 0 and 12 years old at first (approximately 6.7 million children or 72.4% of all children) before providing full coverage (see figure below).

In the report, KRI recommended that the government allocate RM100 or RM150 for each child per month. The overall allocation required would be approximately RM8 billion or RM12 billion, respectively.

Such financial aid would still cost less than 1% of the country’s GDP (see figure below). Then too, this is expected to decline over the years “… partly due to the projected fall in the number of children as a share of the total population and the projected increase in GDP” (p. 43).

As add-on, the government could provide UCB in the form of e-vouchers (at least partly) to ensure well-targeted household expenditure and prevent inflationary pressures from building up. Vouchers, like discount bills (for use by businesses), are unlike cash – since these would not recirculate, alongside not redeemed immediately and at the same time.

Moreover, with e-vouchers (together with a single government app for child welfare), the government could digitally track their consumption or conduct digital surveys (Big Data) to have a clearer understanding of the pressing needs of poor children in daily life and thereafter follow up with other policies or programmes (e.g., Community Feeding Programme).

The other alternative would be introducing CTCs.

Generally, CTCs refer to fiscal benefits aimed at reducing the financial burden of families, depending on the number of children, which can take place either by monthly payment or one lump sum (hence, “tax credits”). It is to be distinguished from a deductible – which simply refers to one’s reduction of tax liability in the “on site” filing of tax returns.

The US has been introducing this incentive for 24 years since 1997.

It is worth mentioning that the credit amount will decrease gradually as the household income increases.

An analysis from the Center on Budget and Policy Priorities (a progressive think tank) indicated that 10 million children would return to poverty if the enhanced CTC is ended.

Malaysia should implement a similar scheme and adjust the credit amount. It would be based on the downgrade of the erstwhile M40 group to what would now be the B60 group alongside the income losses of those in the latter group who pay the basic and minimum income tax, for example.

Tax credits will be more effective in addressing child poverty compared to deductibles as the former is based on the size and income of the family rather than the past expenditures as is the case of the latter.

In closing, EMIR Research would like highlight that child poverty requires the government to run continuous budget deficits.

Drastically reducing the deficit or even aiming for a surplus, in effect, could mean an increase in child poverty (as we saw in the UK during the period in the aftermath of the Great Financial Crisis).

Therefore, the government is urged to plan welfare policies based on need and investment in the future which is what the issue of child poverty is about, ultimately.