Micro SMEs are the ones in dire need

Micro SMEs are the ones in dire need and what government should do for them. 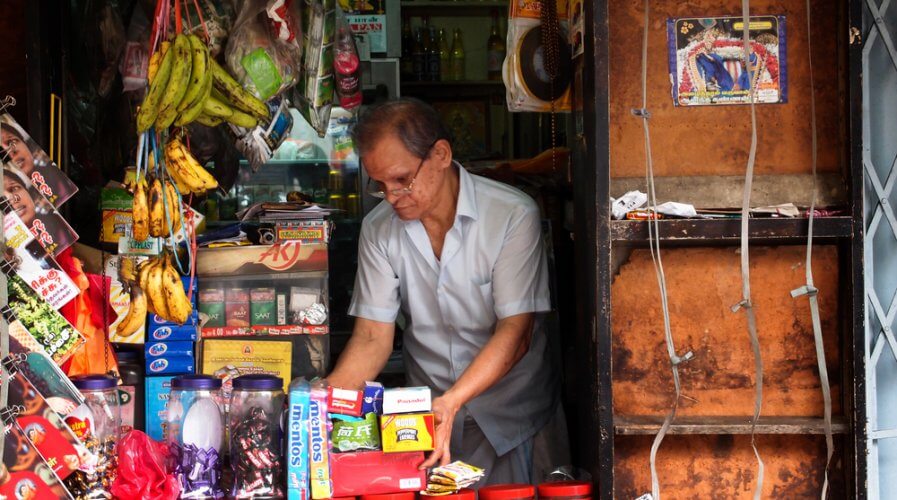 It is not just the small and medium-sized enterprises (SMEs) that need more help. To be very precise it is the micro SMEs that are in dire need of assistance from the government in order to survive.

In a parliamentary written reply on November 9, Entrepreneur Development and Cooperatives Minister Wan Junaidi Tuanku Jaafar said surveys conducted by the ministry revealed out of more than 30,000 SMEs that had ceased operations, the majority were micro SMEs, making up 79.5 per cent of the closures during the movement control order (MCO) from March 18 to June 9, and 70.8 per cent during the recovery MCO from June to September.

So, the ministry is planning on increased financial aid for these entrepreneurs and more access to this aid, apart from embarking on an expansion of promotional, marketing and product development training programmes, and also hosting programmes to help entrepreneurs digitalise their businesses.

This is an honest and frank admission the government has not anticipated the need for publicity programmes that will enhance the awareness of its assistance programmes among the micro SMEs.

But is it fair to blame the government only?

What about the SME associations themselves? Have they done enough to create a heightened awareness among their members that assistance programmes from the government are there and all they need to do is to ask their members to apply?

Or instead of asking, help their members to apply if these micro SMEs are very new to the idea of asking help from the authorities.

Moreover, if the government has to step in with creating more awareness programmes, that would only mean spending more monies for publicity which could be better utilised for giving more assistances to the SMEs in general at this time of difficulty when the government coffer is also affected by the economic downturn brought about by the Covid-19 pandemic.

The plot, however, thickens when on November 13, Wan Junaidi clarified that media report quoting his written reply in Parliament got it all wrong because the statistics given on companies that had closed shop from March to September not only referred to SMEs but all registered companies under the Companies Commission of Malaysia (SSM).

This means the part of the written reply where it said SSM statistics showed the total number of SMEs that had closed their operations from March 8 to June 9 was 9,675, and another 22,794 from June 10 to September, were all referring to all companies rather than just SMEs.

And what’s interesting in this clarification is the minister also stated that 82,555 new businesses had been registered from April 1 to July 19, which showed the Covid-19 situation did not prevent the establishment of new businesses.

“They were now following current trends and needs of using e-commerce platforms as their marketing medium for supplying products or services,” he said.

This is the first time we are hearing more companies are being set up, taking up the digitalisation challenge via using e-commerce platforms — a good and positive development.

In the latest twist to this saga, Wan Junaidi again had to issue a statement on November 16, in response to a November 11 article by The Sun daily which quoted a sensational statement from SME Association of Malaysia president Datuk Michael Kang, as saying some 100,000 SMEs may have closed down since the MCO in March, which he claimed exceeded the official figure given by SSM.

What happened was, according to the minister, SSM has also taken the initiative to revoke dormant companies by sending notices under section 551 of the Companies Act 2016 to 35,944 companies.

Obviously, the “closure” of these dormant companies cannot be considered as closing shops.

So, the figure for all companies including SMEs that had ceased operation from April to October based on data from the SSM is 31,190 and not 100,000 as alleged, while during the same period, 281,781 new businesses were registered.

Wan Junaidi acknowledged SMEs form 98.5 per cent (907,065) of business establishments in Malaysia and therefore the government has long realised the necessity for a robust framework for SME development to garner optimum results from various initiatives to enhance economic growth.

This is reflected in the formation of the National Entrepreneur and SME Development Council (NESDC).

A total of 211 entrepreneurship and SME development programmes are being implemented this year with a total allocation of RM12.9 billion, as reported by 17 ministries and more than 60 agencies, he added.

Back to the fate of the micro SMES, perhaps the government can do more by reducing their expenses via offering some form of rent subsidy, rental waivers, requesting landlords to defer rent payments or giving discounts.

Moreover, micro SME tenants who are unable to carry on business during the current conditional MCO must be given rent discounts or waivers.

The government should also pay more attention to the loan moratorium for micro SMEs by extending it automatically for another three to six months. Ditto for the extension of the Wage Subsidy Programme (PSU) for three months with a greater quantum for the micro SMEs.

Jamari Mohtar and Tam Mei Si are part of the research team of EMIR Research, an independent think tank focused on strategic policy recommendations based on rigorous research.