Omicron’s high transmissibility must not be underestimated and there is a real urgency to reduce the rate of transmission. Here are some keys to navigating Omicron’s surge. 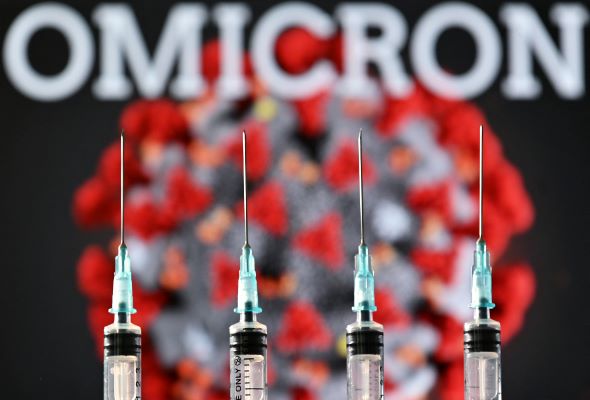 In Malaysia, Omicron appears to be less severe with the vast majority of cases reportedly in Category 1 and 2, and only about 0.5 percent are in Category 3 and above. This is consistent with global observations.

Although this is a good mutational trajectory relative to variant Delta, Omicron’s high transmissibility makes it a game of time and numbers. The number of cases in all categories, however small percentage-wise, will expand relative to the number of cases. Therefore, there is still a real urgency to minimise the rate of transmission, even if we cannot stop it entirely.

For example, 0.5 percent of Category 3 and above cases out of 20,000 daily cases means 100 people that may need to be hospitalised, be put in intensive care units (ICUs), and/or require ventilation daily.

Of course, it is said that Omicron-caused cases tend to resolve faster than Delta, which means that the daily 100 moderate to severe cases is unlikely to mean 3,000 hospitalisations per month. That said, even if the duration is shorter, say, between 7 – 15 days, the number can still be significant if the total number of cases is too high, over a short period of time.

According to data gathered in CovidNow portal, hospitalisation rates have been increasing since the end of January this year, coinciding with the rise in cases that started in early and mid-January. As of February 9, the hospital utilisation rate was at 77.4 percent (nationwide), with 52.3 percent and 33.7 percent ICU and ventilator utilisation rates respectively. These figures have been steadily rising.

Keep in mind these figures include non-Covid cases, and it could be said that these utilisation rates came about when Malaysia is just at the beginning of its Omicron wave. In other words, this provides a snapshot of the state of the public healthcare system which clearly needs to be on high-alert mode, and emergency capacities (beds, ventilators, medications, healthcare workers, etc.) need to be expanded immediately for the eventual surge.

We already have the experience from previous waves where the impact of rising cases on public healthcare capacities is already well-known and predictable, so authorities must plan accordingly.

People and businesses must do their part to minimise transmission

Health Director-General Tan Sri Dr Noor Hisham Abdullah reportedly mentioned that we could see 22,000 daily cases by the end of March should the infectivity rate remains at 1.2.

As mentioned earlier, Omicron’s threat is not so much in its disease severity, but in the speed it spreads. If it reaches many vulnerable groups faster than the healthcare system can handle, our healthcare system may be overrun.

Note that old people and people with underlying diseases are still considered high-risk categories even against Omicron.

So, people who are always in close contact with elderlies and people with comorbidities should be extra vigilant. They should refrain from crowds and test themselves more frequently. As we know, even fully vaccinated healthy adults can become asymptomatic carriers and can still transmit the virus to these vulnerable groups.

That is why the health minister recommends working from home, and industries (such as manufacturing and construction) need to ensure a high frequency of testing and ensure adherence to safety and health protocols at sites.

These are the best options for now to balance public health and the economy, and this must be the way forward.

We can’t afford another total lockdown, but we will be forced to consider drastic or radical measures if our public healthcare system is pushed to the brink again.

As it is right now, it is likely that Omicron cannot be stopped entirely, but gradual transmission spread over time is more manageable by the healthcare system. Therefore, mass gatherings should be minimised to avoid an explosion of cases and the number of clusters spiking.

Though the Health Minister provided guidelines on the isolation period for exposure to the virus (which varies depending on vaccination status), there are anecdotal reports of where home test kits showed negative for the whole 5 days of isolation among boosted individuals, only for tests to turn out positive by day 7 onwards.

Guidelines provided by the government are data-driven policies which makes them reliable. But as with any statistical data, outlier cases do happen and things are never static. Over time, what may be uncommon now could become the average.

Since there is no upside (from the public health perspective) to the premature release of a self-isolating individual into the community, it’s best to be on the side of caution for one’s own sake, and for others.

Remember, Omicron wave is a time and numbers game so the objective of self-isolation and management is to ensure we detect it whilst in isolation. False negatives and premature release of virus carriers into the community defeat the entire purpose of isolation in the first place.

There is a smaller window for the rapid tests to accurately detect the virus, compared to PCR tests, therefore, multiple self-tests throughout the duration of isolation are ideal.

Not all fully-vaccinated individuals have the same level of protection, and not everyone who received booster shots is guaranteed to be boosted effectively.

Thus, the infection profile and therefore, the time for isolation and time for symptoms to manifest can differ greatly and can vary from the guidelines provided. For the same reasons, it’s best to follow stricter protocols, if possible.

Also, on a related note, people may not know how to use home rapid tests correctly, which in turn can give false-negative results – defeating the purpose of self-isolation and management.

The saliva/mucous must be from deep within the throat, and this can only be done through deep coughing, and better yet to do multiple replicates to reduce chances of random errors.

If PCR tests require those thin swabs to reach deeply into our nose and throat, the home tests kits also need samples from the same area. Mouth saliva may not suffice to provide accurate readings.

With the importance of self-testing becoming more evident, it is expected that people may stock up on home test kits. Even so, one must be aware of the expiration date, which is usually printed on the box. As a rule of thumb, one should always assume that any results from an expired kit are false.

Furthermore, the type of test kit, timing, temperature, and even what you consume or put in your mouth before doing the test may affect the results. For example, it is known that using mouthwash could temporarily remove some viruses and give false-negative results.

As mentioned in our previous articles, Omicron’s characteristic is an expected mutational trajectory, and probably a welcomed change, relative to Delta. It is already displacing Delta as the dominant variant, and a report suggests that natural immunity in vaccinated individuals may even provide protection even from Delta variant.

We just have to minimise transmission to ensure our public health can manage the situation and handle the risks to vulnerable groups that may increase in size because the increasingly infectious virus reach far and wide into the community, rapidly.

As suggested by other experts, and aligned with the approach to empower the people to make their own choices, the MySJ Trace feature of MySejahtera should be tied to early warning and prevention system so that people can avoid high-risk places. In other words, it’s a wider proximity alert, instead of alerting historical close contact.

Perhaps this can be done as a revival of the Hotspots Identification for Dynamic Engagement (HIDE) system, where real-time hotspot locations are updated in MySejahtera so that people don’t even need to be in a certain proximity to avoid the area.

We have also mentioned in previous years that it looks like the vaccine-virus “cat and mouse” game is likely to be an annual affair, based on current designs. A profitable situation for some, but unsustainable for many.

Vaccine designs should be improved to induce both mucosal and systemic immunity and provide a balanced target (antigen) for our immune system to deal with future variants.

Virus mutations aren’t new, and our immune system is a wonderful system with mechanisms to deal with mutations – provided that it’s given a sufficient amount of information to deal with potential variability in the future.

As for medications, it is good to know that the Government is procuring Covid-19 pills to address disease progression and possibly shorten the time to recovery, which are crucial factors in alleviating public healthcare burden.

Moving on from pills for the masses, there needs to be a study on why some people get severe disease to develop tailored interventions.

Ultimately, external interventions have their limits and can be influenced by motivations not related to the wellbeing of the people.

The situation (why elderlies and people with underlying disease are still vulnerable groups even in the face of a relatively less severe virus) is a reminder of the importance of having a healthy lifestyle.

We are still in the early stages of the impending wave. As cases peak, what if the virus spread found a higher percentage of high-risk groups in the population and doubles the percentage of moderate to severe cases from 0.5 percent to 1 or 2 percent?

One can imagine how this can be exponential.

By February 10, number of cases soared in the span of a few days from roughly 11,000 to 19,000, and number of cases in Category 3 and above reportedly grew from 0.5 percent to 0.59 percent. This could just be the start, and even higher figures are not impossible as there could be more vulnerable groups in the population than we think.

According to the online information portal Hilgi Library, Malaysia has been ranked 13th out of 155 countries on sugar consumption per capita based on 2018 data.

Various studies have linked blood sugar levels to weakened immune response, and of course, sugar spikes and calorific surplus is linked to obesity, which is known to be linked to a higher risk of severe Covid-19, even among younger age groups.

Most underlying diseases that tend to contribute more severe Covid-19 symptoms are non-communicable diseases (cardiovascular diseases, diabetes, cancer etc.) which can be attributed to lifestyle. This means we can do something about it at the individual level. 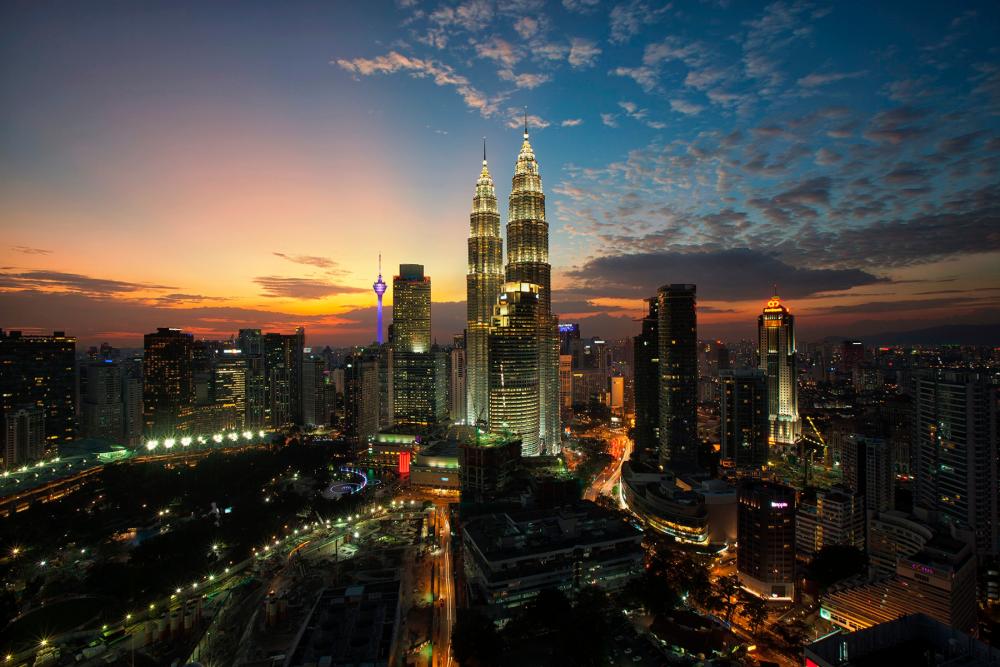 Is Malaysia’s position in the Global Opportunity Index 2022 realistic?
Previous