On political strategy and messaging – reaching out to the Malay heartlands

PH is not on the same frequency/wavelength as the majority of Malay voters – typically comprising Umno and Pas folks. 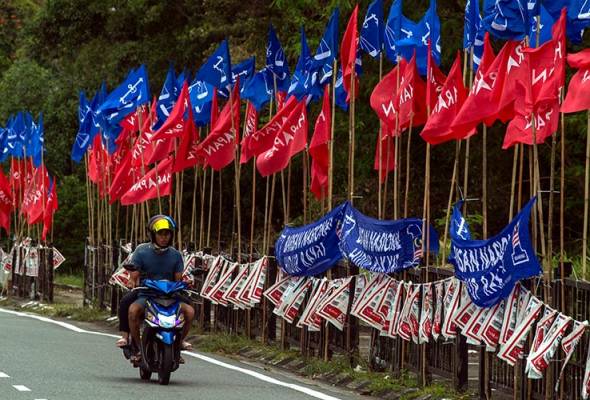 This article attempts to make a (non-partisan) simple “psychological” analysis as to why PH has consistently failed to win over the Malay heartlands (either predominantly Umno or Pas) and even regressed in maintaining its Malay vote share which has declined by more than 80% as especially haemorrhaged to Bersatu in the context of the political reconfiguration vis-à-vis PN (see “Back to the past? Preliminary voting analysis of Johor polls” by Bridget Welsh, Malaysiakini, March 13, 2022).

A caveat, however: This article doesn’t claim to be comprehensive or exhaustive in any way at all and, therefore, definitive in that sense.

At the risk of over-simplification and to state what’s the inevitable implication already, the roots of PH’s abysmal failure can be traced to its inability to break the psychological barrier engulfing the psyche of the typical – especially and particularly the Umno or Pas – Malay voter outside of the opposition heartlands of Penang, Selangor, Kuala Lumpur and the major urban centres of Peninsular Malaysia.

Even within these opposition heartlands, there remain strong pockets of “resistance” comprising mainly of the urban poor and B40.

Needless to say, winning over the voters from the Malay heartlands is key to forming the federal government and on a sustainable basis for PH.

Let’s start with the first observation.

Firstly, PH hasn’t been able to sustain, let alone precipitate, a breakthrough in terms of voter engagement – by forging and fostering close rapport with voters from the Malay heartlands.

Unlike BN and PN, PH critically suffers from that cultural “paralysis” of not able to “communicate/speak” the “language” of the rural Malay voters. This requires PH to “enter” into the worldview of these voters.

To state what’s a truism: The sentiments of the rural Malay voters – as grounded or rooted in their worldview – are different from that of urban voters, especially the non-Malays.

To employ the language of telecommunications, PH is not on the same frequency/wavelength as the majority of Malay voters – typically comprising Umno and Pas folks.

This requires profound empathy and a “feel” for the sentiments of the other, i.e., the typical conservative Malay who’s been conditioned by the legacy of Umno as being synonymous with the State/government across the spectrum of politics, economics and social for decades.

That the late Lee Kuan Yew was successful in winning over the minds and hearts of the Singaporean Malays – despite efforts by Umno to stir strife and discord – was precisely because he knew and recognised this reality and thereby attuned his political rhetoric and message accordingly.

On his first National Day Rally speech in 1966, Mr Lee as the then Prime Minister openly said in his customarily eloquent Malay and with admirable “pathos” that his message to the community will be different. This is because Malay sentiments would resonate differently from the majority Chinese community – especially given the trauma and tragedy of Separation.

Now, the “pathos” is critical – for while PH via the DAP can speak to and arouse the emotions of the non-Malays, it is singularly incapable of doing so with respect to the wider Malay constituency of voters.

When the venerable veteran politician YB Lim Kit Siang (MP for Iskandar Puteri) held up the book entitled, Corruption and Hypocrisy in Malay Muslim Politics – The Urgency of Moral-Ethical Transformation (EMIR Research) in front of the Kota Iskandar audience when rooting for incumbent Dzulkefly Ahmad during the Johor election of 2022, he didn’t quote much other than brandishing it for a while in an effort to make a critical point that not all Malays are servile or caught up in the Bossku phenomenon.

Unfortunately, YB Lim Kit Siang didn’t go far enough. Then again, ideally it should have been a Malay counterpart to drive home the point to its logical conclusion – and with pathos, no less.

After all, the book is written by a Malay-Muslim for Malay-Muslims. Who would best speak the language of the religion if not Malay-Muslim themselves?

Perhaps YB Lim Kit Siang can’t be faulted for his rather “lacklustre” effort. After being in power at the federal level, PH and DAP seem to have lost their way in reconnecting with the Malay voters due to over-reliance on Tun M’s political prestige, among others.

This very important book by renowned theologian and philosopher Professor Emeritus Tan Sri Dr Mohd Kamal Hassan (of International Islamic University of Malaysia/IIUM) could have that desired effect – of being “earth shattering” or exploding with apocalyptic proportions and igniting anew the reformist fervour for change.

If only politicians know how to use the book in reaching out to the Malay audience, especially those in the heartlands.

The book would have been “dynamite” – as instrumental in reaching out to the Malay masses with a clarion call to return to the path of righteousness as individual Muslims and as a community (ummah).

Couching the 1MDB scandal mainly or even exclusively in religious terms and tone would overcome strong resistance, at the very least and demonstrate respect for the sentiments of a conservative or heartlands audience.

PH must avoid at all costs in unwittingly conveying the impression that they are contemptuous of the priorities and concerns of the rural Malay voters.

But like Dian Lee of Muda has said, which merely confirms the reality on the ground, their priority is skewed towards the perut economy and therefore have little patience for having the litanies and tales of scandals bombarded at them and that too with self-righteous displays that, at the end of the day, has little practical value for them.

Secondly, following on from this and to recapitulate, PH politicians especially from a certain party should desist from “high and mighty” self-righteous displays even though they’re convinced that their cause is noble and just.

Such public displays send a “wrong signal” to the audience and doesn’t especially ingratiate or resonate with the typically conservative Malays who have a different worldview.

It gives the impression that liberal values are (inherently) superior to conservative (read: religious) values regarded as backward and regressive.

As such, it’d only be counter-productive and harden resistance to PH.

Instead, PH should remind the Umno or Pas voters about the rich Malay cronies (i.e., the so-called “Umnoputras” as it’s derisively termed by detractors) thereby putting on righteous display in the proper way.

To this end, PH must be seen to be on the side of conservative Malay values and thereby expose the hypocrisy of the other side.

There’s a critical and strategic need (which is sincere to be sure) of appealing to the distinct sense and sensibilities of the conservative Malays.

Concretely, for example, PH shouldn’t “overlook” talking about Jho Low’s sensuous and hyper-materialistic and opulent lifestyle – instead of pursuing the issue on 1MDB in abstract and accounting terms of the national debt.

Thirdly, PH should make a determined effort to assure and calm the fears and psychological nerves of the Malay voters and, again, especially those in the heartlands.

EMIR Research Focus Group Discussions (FGDs) have found that the propaganda against the then PH administration was largely successful. Even the majority of gig workers (as one of the segments interviewed) agreed that PH has been responsible for the building up of ethno-religious tension during its 22 months in power.

Towards this end, PH, especially the DAP, must learn to speak a language or message that strongly guarantees to the Umno and Pas voters that their welfare, interests and future would be well taken care of.

The DAP must state in no uncertain terms that a PH government will guarantee and assure fair-play for the Malays – with pathos and thus displaying sincerity and honesty.

Again, this was one of the attributes of Lee Kuan Yew as can be seen in his post-Separation media conference after he broke down in anguish in front of the cameras. He spoke with such conviction and steely determination – that “Singapore will not be a Chinese nation” and that “Singapore WILL survive”.

Later when he addressed the Sree Narayana Mission in September 1965, his most memorable words were, “Today Singapore is a modern city … in ten years’ time, this will be a metropolis. Never fear …”.

In terms of practical outreach on a continuous basis, PH should start to re-champion causes related mainly or exclusively to the Malay community (including obscure ones – please refer to EMIR Research article, “On obscure politicians and activists – a very brief survey & a tribute”, October 12, 2021).

It’s vital that PH (re)connects with the Malay masses, especially those from the rural areas and Malay heartlands through identifying with their causes – based on the 3S of sympathy, solidarity and support.

For example, PH must be at the forefront of championing issues relating to Felda, waqf land, paddy farmers (e.g., stranglehold by the middlemen), fishermen (e.g., under-developed fishing capacity and land reclamation), etc.

Some of the issues have been complicated by PH being the state government. Nonetheless, if PH can navigate these issues in the heartlands and show that things can be better under its governance, there’s strong chance that it can secure a viable Malay base.

DAP leaders must tell the Malay voters point blank again and again that they are there to protect and uphold/preserve the special position of the Malays (and bumiputeras) and that they’ll a better job because of zero tolerance for corruption and nepotism and cronyism. In this, they can always and unrelentingly point to the record of the Penang state government, for example.

And there should be a guarantee of no return to the “semi-austerity” days of PH administration. EMIR Research FGD on Malay fishermen and farmers found that many were highly dissatisfied with the cuts to their allowances, for example. Conflating the national debt with 1MDB, although true in itself, doesn’t take into account the psyche and concerns of the heartlands and thus by reference to the three “shortcomings” of PH above. 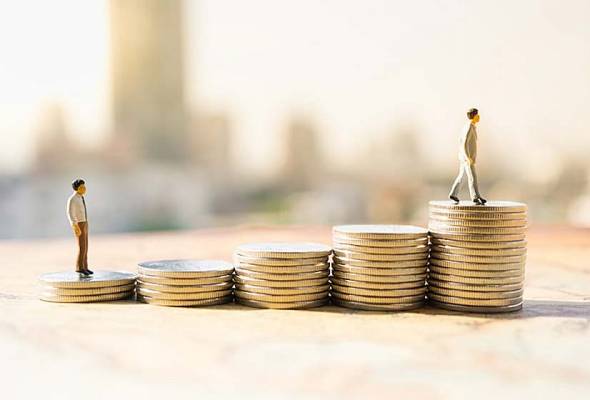 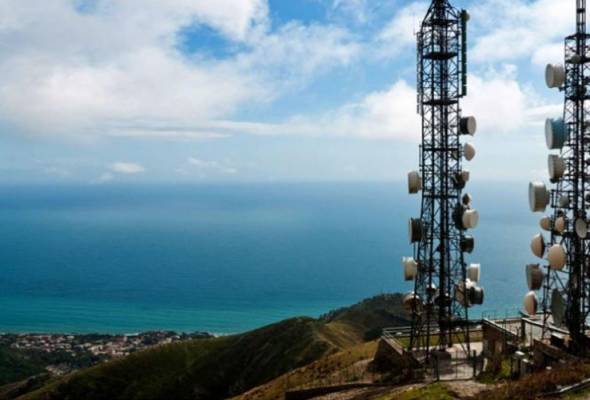 Independent Oversight on DNB and 5G is Necessary
Next