The MySejahtera app debacle and propensity for governance breach calls for the review and probe of hundreds of government-issued apps and the reformation of the technology development process. 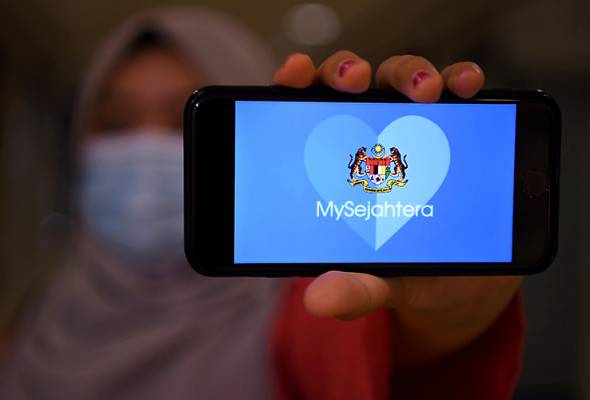 Among the hundreds of government-issued mobile software applications (apps), could there be other scandal-ridden ones like MySejahtera?

Given Malaysia’s sour experience with the MySejahtera debacle and propensity for governance breach, some key probing questions include:

The website of The Malaysian Administrative Modernisation and Management Planning Unit (MAMPU) under the Prime Minister’s Department states that it is the central agency for the modernisation of administration and transformation of the public service delivery system with one of its key role(s) being the “Planner and leader in the development of public service information and communication technology”.

Thus, MAMPU appears to be the agency in charge of overseeing technology developments such as government apps. Even so, MAMPU’s role in the early days of MySejahtera development remains unclear from official statements and media reports.

We can already see some baffling inconsistencies typical of poorly executed and managed government projects when Bangi MP, Ong Kian Ming evaluated these apps and found that not all apps are listed in the dedicated database explicitly developedqqq for keeping tabs on all government apps.

Managed by MAMPU, GAMMA’s website as of September 19, 2022, states a total of 197 apps being listed with 92 agencies, a slight discrepancy from the parliamentary response.

Perhaps, the response wasn’t accurate to begin with, or, from the time of the response to September 19, a few apps were removedq or corrections were made in the database. But Ong Kian Ming also alluded to an active app such as MySaman app (likely referring to MyBayar Saman) as not being listed.

A quick check showed that MyBayar Saman was still not in the GAMMA database as of September 19.

If this was an oversight, then the app/database developed specifically to monitor all government apps, managed by an agency responsible for such a role, appears to fall short in doing its (simple) job.

Ong Kian Ming further reported that half of the apps are not frequently used, given their below-1000 download rate by users.

To be fair, it is widely known that over 99% of consumer apps fail in the market. But even without the need for a commercial end-game, it is certainly a step towards failure as government apps should at least be widely utilised by the public.

Of course, having downloads of less than 1000 doesn’t necessarily make it a failed app, nor would that mean that the other half is successful.

Either way, there is a real risk of overestimation as one may download an app and not use it. The number of downloads alongside usage rate and ratings from users define if an app is successful or not.

Take the troubled MySejahtera app for example—it’s the most downloaded government app in Malaysia as listed in GAMMA. While millions of people may still have it, the usage (from the point of premise check-ins) has plummeted.

This is unfortunate as various sources have reported on how obscenely costly it was to develop and operate MySejahtera.

The original developers (Entomo Malaysia; formerly KPISoft) reportedly entered into a five-year licensing agreement with MySJ Sdn Bhd (the private company managing and operating the app) worth a whopping RM338.6 million to grant the intellectual property of the MySejahtera app and a software licence to MySJ.

As a consequence of recovering this cost and given that the government is likely MySJ’s biggest client, unreasonable rates charged by Entomo to MySJ would be transferred to the government.

Ultimately it is the people that could be paying for this bad deal. Hence, it is reasonable to worry if this could be the case with other apps.

Following the same reasoning, it’s important to question if the apps were developed transparently and frugally, given the mysterious and controversial selection and appointment of MySejahtera’s original developers.

There should be a review of all the apps, whereby specific criteria would be used to filter those that require further probing and independent investigation.

The MAMPU must utilize the IOOI model (Figure 1) to improve its monitoring capabilities to ensure these apps function as they should. EMIR Research has consistently emphasised the importance of IOOI in various many previous articles such as “Recalibrating National Budget – Eradicating Leakages and Corruption” dated 15 January, 2022, and “Transforming Malaysia from third- to first-world country” dated 21 October, 2021.

In addition, they have to ensure that app developers and/or managers remain accountable and responsible for taking action on user feedback, such as providing bug fixes, feature improvements and updates.

For example, the unlisted MyBayar Saman app received an update only seven months ago despite a low rating of 1.4 out of 5.

Any developers/managers that fail to meet targets must be penalised. These must be monitored under the IOOI model as well.

Apps that appear to be useless, silly, outdated, irrelevant, or those that involve eye-raising development costs and questionable individuals or parties—just like MySejahtera—should be marked for deeper probing.

Apps with overlapping or redundant roles and functionalities should be integrated and streamlined. For example, it is impractical to need different parking apps for different areas, only because of physical jurisdiction.

MySejahtera app may be the “poster boy” of app debacles at the moment, but there are nearly 200 other apps that may be plagued with similar issues.

We cannot allow the technology development ecosystem for government services to be another “jackpot” for leakages of public funds, mismanagement and/or means of awarding government projects to cronies.

Malaysia is plagued with cartels of all sorts, controlling Halal meat supplies, government tenders and grants, supply of foreign workers, and syndicates that control drugs, illegal gaming and gambling, illegal cryptocurrency mining and so on.

We must not allow “app development cartels” to exist, if any.

Relatedly, there is an app called MACC AR, which appears to be part of The Malaysian Anti-Corruption Commission (MACC)’s program to educate the community about corruption using augmented reality (AR) technology.

In its description, it is said that the official MACC logo can be scanned using this app, and if successful, a 3D model of Kapten MACC—a cartoon character in the popular local animation Boboiboy—will appear to present the user with various anti-corruption information and content. Furthermore, it is said that “some of the content includes two (2) songs which users can sing along…”

How many people are aware of this app? Unfortunately, it received only 1 rating despite existing in the Apple App Store for over four (4) years. In comparison, the unlisted MyBayar Saman app, which has existed for over the same duration, received 615 ratings.

The intention could be good, but how effective is this sing-along strategy? Do we really need AR to scan the MACC logo to access anti-corruption information and content?

Perhaps it would be better to consider apps that could detect corrupt politicians through facial recognition technology, such as that developed by Reclame Aqui, a leading consumer protection brand in Brazil.

Or, as suggested by EMIR Research  the article “A “MyRakyat” app for the people’s voice” back in August 2021, the government should pursue the development and nationwide utilisation of an independent national platform to expose lawmakers to more frequent doses of ground reality, direct from the people

In addition to MAMPU, cyber security experts from National Cyber Security Agency (NACSA) should urgently review these apps for potential security breaches, such as those that would risk exposure or access to app users’ personal data, or worse—app vulnerabilities to hackers and scammers.

Learning from the MySejahtera debacle, vulnerabilities may not only be a technical issue but could even be legal by nature.

Ownership of MySejahtera appears to be split between different parties (involving the government and private companies with foreign-linked entities) depending on which official statements we take into account (as there were many changing and conflicting statements) at different points in time and which legal documents we read in tandem.

A legal loophole could allow sensitive personal data to not only be viewable, but accessible or syphoned out to external parties.

Many have alluded to the rise in random calls by potential scammers as a sign of personal data leakages, which may not be far from the truth, as personal data can be sold in the black market to be used by gambling or scamming syndicates, hackers, and cyber troopers.

Moving forward, there should be a change in mindset and approach to digitalisation. There appears to be an irrational obsession with apps, even though not all services require them.

The app Sistem Janji Temu Klinik KKM has existed for over 12 years in Apple App Store, yet it has an abysmal rating of 1.2 out of 5, with the latest version released only eight months ago.

Perhaps it’s worth conducting a poll to see how many people are using this app or taking a step back to discuss if we really need an app to make appointments and if a website would suffice for this purpose.

An app is most utilised when it requires close interaction with a device’s tools such as Bluetooth connectivity, or other active features such as GPS tracking and other functions that require active or frequent user and external environment interaction mediated by an app.

Mere databases or simple functions such as searches, logins, scheduling, appointments etc. may only require websites which could be much easier to build and cost less. These do not require it to be listed and downloaded from app stores such as The Google Play Store or The Apple App Store.

Streamlining government apps, and proper digital transformation for increased efficiency, productivity and reduced leakages can (and should have been) the catalyst for reducing the size of civil services, as has been done by the developed countries such as Japan, Singapore or South Korea successful in their fight of corruption and enhancing the national wellbeing.

But then again, a genuine digital transformation may run counter to the Malaysian government and civil service’s recalcitrance to lean and transparent management.

Sufficient is to look at the bloated size of Malaysia’s cabinet, the number of ministers, agencies, ministries, task forces, committees and the likes. Arguably, Malaysia has been reported to have one of the world’s highest (if not the highest) ratios, with roughly one government servant for every 20 people.

Unfortunately, many people continue to experience severe inefficiencies with public services, while these hundreds of underutilised and poorly-rated apps appear to continue to be a waste of people’s time and money. 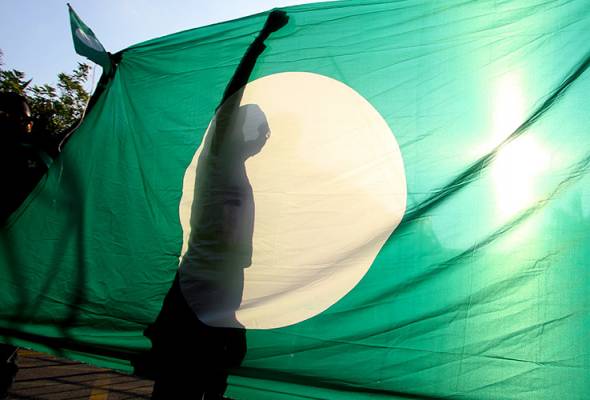 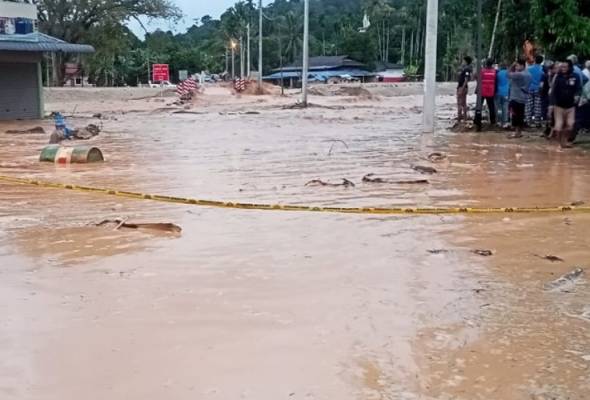 Applicable measures to overcome increasing risk of flooding
Next