Raising the morale of the healthcare frontliners

High morale of the frontliners would be the way forward for a better healthcare system. In light of the rising number of Covid-19 daily infections which was 7,654 on July 6, the urgent upgrading of the healthcare system becomes very paramount. And the key to this is the high morale of the frontliners.

There have been numerous calls for the government to absorb contract Medical Officers (MOs) into the public service due to their increasing workload to deal with the rising number of Covid-19 patients, apart from suffering severe burnout due to exhaustion from long working hours and pandemic fatigue for more than a year.

When at the back of the mind is a niggling worry of their future in term of whether their contract would be renewed, while they slog it out with long hours of work, their morale would definitely take a beating because so many things are on their head.

Why is Malaysia being bogged down with the problem of contract medical workers, especially at an unenviable time when the country is struck with a double whammy of a pandemic and economic downturn?

The short answer is the poor planning of the past when the Ministry of Higher Education was trigger happy in issuing license for the setting up of private medical colleges without consulting the MOH, resulting in the proliferation of 32 medical colleges currently – 11 public universities and 21 private colleges. This is more than Australia, UK and US (19, 33 and 179 medical schools respectively) on a per capita basis.

In addition, there are over 300 recognised foreign medical schools with annual returning graduates. Together, this yields a total of about 5,000 medical graduates each year, more than what the MOH can absorb.

A five-year contract is provided, starting with three years of medical graduate training (housemanship) and two years as junior medical officers. Those who returned from overseas and had already completed their housemanship abroad will receive a two-year contract as MOs. Once they have completed the contract, they were then absorbed into the permanent scheme.

But because the MOH has limited vacancies each year, those not absorbed into the permanent establishment will have to seek employment elsewhere either in the private or public sector.

Since the contract tenure was introduced in 2016, there were 23,077 contract MOs recruited. Based on the data in Table 2, which was extrapolated from MOH, a year after the new contact tenure scheme was implemented on Dec 2016, in 2017 there were a total of 40,230 MOs employed by the MOH.

The figure for 2020 is not out yet, but if were to assume all the 5,000 medical graduates in 2020 were recruited (very likely as the government needed them in the wake of the pandemic), there will be 1,752 MOs from the 2018 cohort that will remain unemployed since 2018, assuming they still have not found an employer. This is also the time where the second batch overseas-graduated MOs recruited in 2018 will have their contract converted to permanent position or not renewed.

2021 is the year where the first batch of locally graduated MOs recruited in 2017 will have their five-year contract converted to permanent position or not renewed.

However, the government has announced on May 31 that it will extend the service of 14,000 contract MOs and nurses until 2022 under the Pemerkasa Plus stimulus package. With this, the fate of the 1,752 contract MOs from the 2018 cohort (could be less if some of them were already employed) were taken care of, together with the first batch of locally graduated MOs whose contract is not converted to permanent position.

The reasons why contract MOs were looking forward to a permanent position is the difficulty of getting employed in both the private sector and the public sector other than MOH, if their contract is not renewed. Also, the current contract system either do not provide a clear career progression pathway or avenue for specialist training.

And there are some who question the transparency of the assessment process to convert a contract MO to a permanent scheme.

Responding to this, Minister of Health, Datuk Seri Dr Adham Baba said appointment to permanent posts was subject to the availability of vacancies from time to time, based on the appointment criteria set out in circulars.

“To ensure fairer and more equitable assessment, the evaluation process during housemanship is made at every posting and every officer is informed of the appointment assessment criteria,” he said.

Elaborating further, Dr Adham explained a three-tier assessment comprising the Permanent Appointment Technical Committee at the medical programme level, Permanent Appointment Selection Committee chaired by the Deputy Secretary-General (Management) and one to make recommendations to the ministry’s top management, are done to ensure the transparency and integrity of the process.

With bed usage at ICU still at a critical level and with more than 85 per cent usage of patient beds in the Klang Valley, many MOs nationwide have been stretched thin since early April 2021.

As mentioned by Jade R. in his article in the Malay Mail on July 5, there is only an average of 55 MOs per shift where their maximum available beds are approximately 6,000 – translating to a ratio of 1 MO to 109 patients per day if they reach 100 per cent capacity.

Many MOs work up to 12 arduous hours in stuffy hot Personal Protective Equipment (PPE) suit. Although the World Health Organisation recommends medical frontliners to put on N95 masks for only four hours – the median healthcare worker tolerance time – such an option is not feasible with the current patient load. Moreover, when MOs on duty increase the number of times they remove their PPEs, it significantly increases the infection likelihood of MOs.

EMIR Research has the following suggestions for the government to implement within the next three months (July to September):

When more contract MOs are assigned, the hospital administration could arrange a proper roster whereby the working hours of each MOs can be reduced further from the present 12 hours.

In the intermediate term, MOH should look into the working conditions of the contract MOs such as giving them unrecorded leaves and maternity leaves for female MOs, and interest free loan for them to take up specialists’ training.

Long term, the MOH should think of ways to increase the number of MOs for permanent position without compromising on the three-tier assessment system that is already in place, and to work with potential employers in both the public and private sectors to absorb those MOs whose contract are not renewed.

Jamari Mohtar and Amanda Yeo are part of the research team of EMIR Research, an independent think tank focused on strategic policy recommendations based on rigorous research. 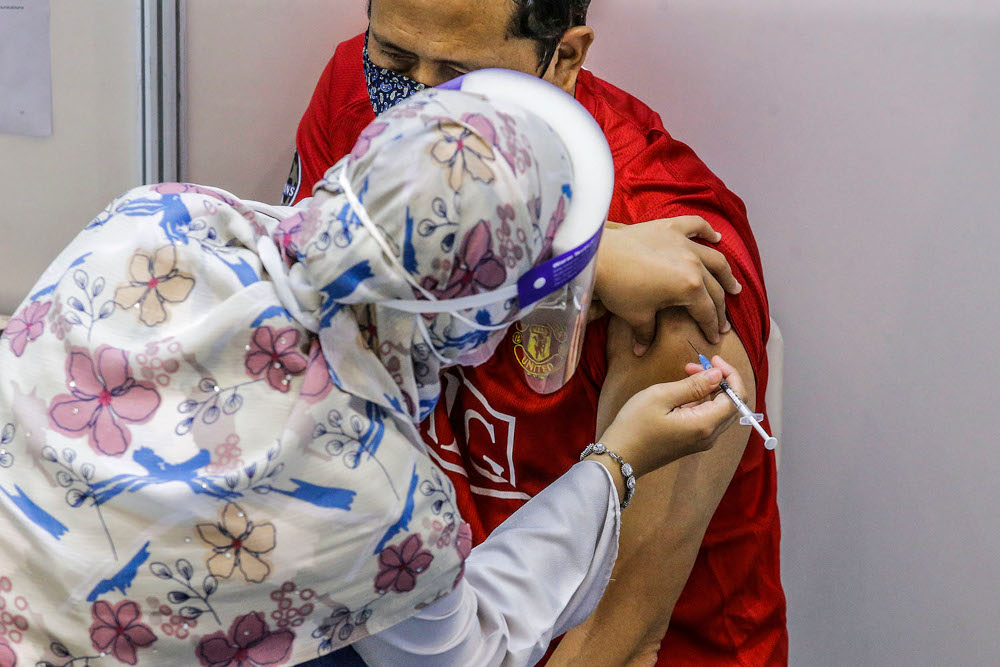 Vaccination still our best pathway towards normalcy
Next