There is an important void for Khazanah Nasional to fill in before it can start delivering impact for the nation.

By Rais Hussin and Margarita Peredaryenko
6 185 0

Amidst the after tremors of the pandemic, it is timely to look into why some Sovereign Wealth Funds (SWFs) were able to cushion the impact on their local economies while phenomenally re-emerging with ever-stronger performance.

The SWFs are state-backed entities entrusted with managing the country’s temporary excess cash originating from natural resource revenues after commodities and energy boom or accumulation of foreign exchange reserves due to current account surpluses.

And although the keyword here is temporary, as temporary this excess cash is, whether it is due to commodities boom or certain good exports or international investments flow, the key idea is to take advantage of it—maximise the impact for national intergenerational well-being per every cent. However, as simple, powerful and fair as it sounds, the concept is yet to come to fruition for many countries, Malaysia included.

SWF Institute (SWFI) tracks and regularly updates its list of top 100 largest SWFs worldwide ranked by total assets. Figure 1 is the snapshot given the most recent available data.

We can draw a few interesting observations from the above chart.

First, stellar performing SWFs, given the size of their economies, tend to concentrate in the upper part of the graph, as expected, among the countries with extremely low levels of corruption as measured by the Corruption Perception Index (CPI).

Second, although commodity-based SWFs have a greater potential, the graph indicates that rich natural resources combined with a high level of corruption are not a winning combination.

And the third, the performance of Singapore’s and Norway’s SWFs is absolutely astonishing to the extent that we could classify all SWFs as “Norway/Singapore SWFs” and “the rest”.

According to the latest data, Norway Government Pension Fund Global (GPFG) as well as Singapore’s Temasek Holdings (Temasek) and GIC Private Limited combined have accumulated in their coffers a whopping USD1.4 trillion and USD1.06 trillion or about USD250,000 and USD187,000 per citizen, respectively.

For comparison, as of the latest reported data, Khazanah’s commercial (inter-generational) fund assets are valued at about USD25 billion or just below USD800 per capita. Even though we lived through cycles when Malaysia’s SWF could benefit due to a boom in oil prices, commodities demand and investment inflow, there is still no impact for the nation in sight.

Therefore, it is worth understanding the critical success factors (CSFs) behind the staggering success of Singapore’s and Norway’s SWFs in securing their citizens’ future that sets them apart from “the rest”.

SWFs may pursue one or a few overarching goals: 1) intergenerational wealth preservation, 2) support domestic industry and 3) manage the revenue volatility.

Norway’s GPFG is an example of an SWF created for goals 1) and 3), while Singapore’s Temasek is geared towards goals 1) and 2). However, irrespective, everything that both these funds do is underpinned by a very clearly expressed philosophy of “safeguarding national wealth” and managing it “for the advancement of their communities across generations”.

Although all the above goals sound reasonable, in practice, as scholarly reviews of SWFs performance suggest, the “strategic industry” investment into the domestic economy appears to be the most problematic, especially against the backdrop of a country’s low quality of governance, weak enforcement of the rule of law, and particularly in the presence of divisive identity politics. What more if a fund is explicitly created as a government arm to advance the interests of a particular group rather than the entire nation?

Even though Khazanah has undergone multiple restructurings over the recent years, shaking off its philosophical ambiguity of “strategic industry” and “economic interests”, which is keeping the fund from contributing to economically optimal outcomes for the entire nation, might be harder than ever in a corruption and identity-politics ridden country.

The GPFG is required by law to invest entirely outside of Norway—as of today, 9,338 companies across 70 countries covering equities, bonds, real estate, and renewable energy. This is mainly to sterilise an excess money stock that the local economy cannot digest (not to spur inflation).

Temasek’s investments are also globally diversified, though anchored in Asia. However, even though the fund has started as a vehicle to manage local state-owned enterprises, as of 2021, only 24% of its funds are invested in the domestic economy.

The focused international investment protects these funds from the high risk of corruption or political distribution of the funds (region-, religion-, ethnicity- or any other domestic political grouping-based rather than based on the strict economic sense) associated with the predominant choice of investable projects in the domestic economy (see CSF1 above).

In contrast, until now, over 60% of investments by Khazanah’s commercial fund are concentrated in Malaysia.

Furthermore, both GPFG and Temasek have a clear investment strategy aligned with the fund’s philosophy to keep them in check. We can say these funds engage in “thematic investment”—the countries clearly invest in those same sectors that they are passionately obsessed with locally but outside of the country. In other words, they brilliantly use the outside global scale to leverage their national winning strategies without overheating their economies.

In this context, it is a pertinent question to Malaysian policymakers—what is it that they are passionate about except politicking??? In terms of food security, we are nowhere. The country continues to lose critical digital skills, talents, and ecosystem potential. Profitable and critical for industry 4.0 projects continue going to our neighbouring countries, and the list can go on. This absence of focus is thus reflected in the performance of our SWF.

The day-to-day management of the fund should be kept at a healthy distance from daily government business (investment decision interference, fiscal and monetary policy) and yet in sight to keep the fund to the general welfare objective. Also, there must be a clear guideline delinking the funds’ earnings from its use to reduce the risk of overdependence by policymakers.

Temasek, therefore, is managed like a commercial company that contributes to government revenue through taxes. GPFG’s management is delegated to the Norges Bank Investment Management team as krone deposit account with the clear legal framework directive that the transfers from the account to the government budget shall never exceed the fund’s expected real return.

GPFG and Temasek score the highest 10/10 on Linaburg-Maduell Transparency Index by SWFI, while Khazanah scores only 6/10. However, we do not need indexes to tell us the obvious—the GPFG’s transparency is unparalleled globally and sets the golden standard for SWFs. The fund consistently avails annual reports of its operations, interim reports, management reviews, voting guidelines, strategic plans, and a plethora of other information, including even the granular details on its investments across its portfolio.

The uncanny professionalism supported by the principles of meritocracy and the input-output-outcome-impact (IOOI) framework is another defining characteristic of GPFG and Temasek. These SWFs are managed by technocrats with the set outcome and impact-centred key performance indicators versus political mercenaries obliged to satisfy their political masters.

“Temasek has its roots in Singapore, a country founded on the ideals of meritocracy”—underscores the fund in its report. Therefore meritocracy is at the heart of how this SWF hires or rewards its staff or how it invests. There are clawbacks there if there is no impact!

The GPFG, just like Temasek, is created to make an impact with the involvement of key stakeholders such as technocrats, academics and industry experts tasked by the government to conduct studies to ensure decisions are evidence-based in the best traditions of the IOOI approach.

CSF7: Flexibility in adapting to changes

This CSF directly stems from professionalism in management (CSF6). GPFG and Temasek manage their portfolios dynamically and boldly in line with global opportunities. Note that both funds are predominantly invested in equities, including private equity—high growth but risky strategy.

For example, in 2007, GPFG has increased its equity allocation from 40% to 60% on the crush of financial markets and created 5% allocation for real estate buying the bottom of the property market the following year.

In 2015, Temasek divested about S$19 billion, a record amount, by reducing its exposure to industries like semiconductor manufacturing, among others, which might not have a  bright future and increase their positions outside Asia to capture opportunities for innovative frontier tech and sustainable solutions.

CSF8: Political will and commitment

As a final stroke, or rather as a result of the above solid foundations and principles, both SWFs, GPFG and Temasek, have demonstrated enviable consistency and commitment to the sustainability of the SWF even under multiple political leadership changes like in Norway. Under different country leaderships, the Norwegian parliament has continued to pass numerous reforms to self-regulate its oversight of the GPFG to make the fund even more sustainable and resilient.

The above CSFs constitute an important conceptual framework that explains the glaring gap in SWFs’ performance and impact on their respective nations. Therefore, this framework informs us well on what we need to do to reinvent our own SWF. So let us be cleverer! 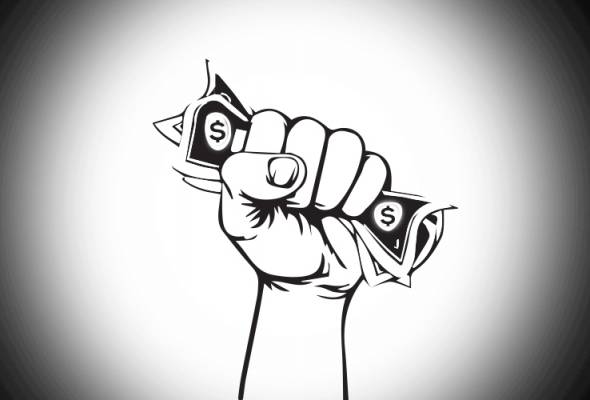 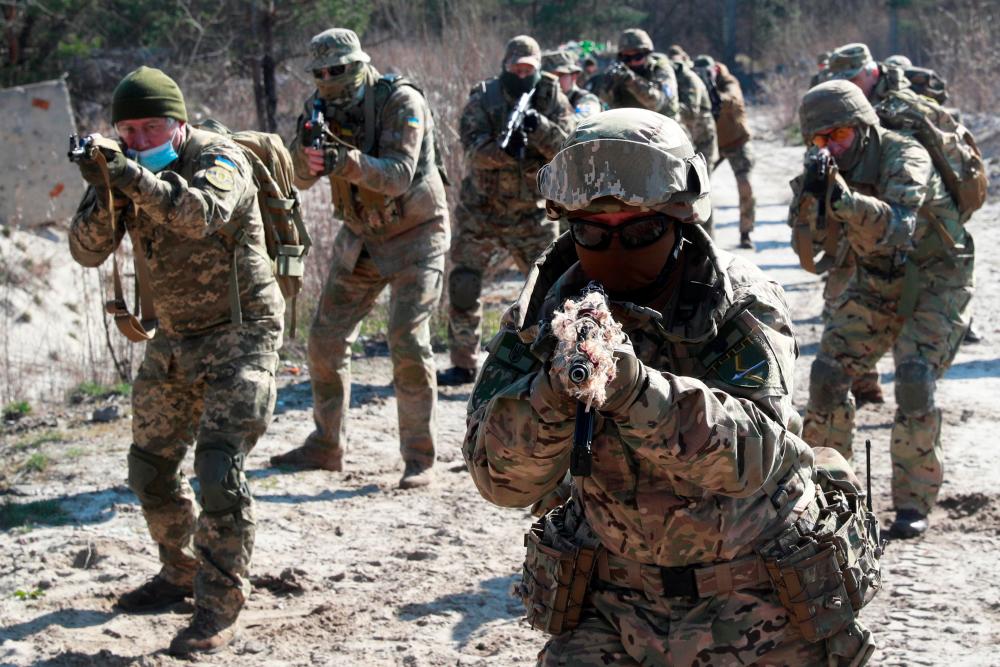 A tale of two Europes – clash of civilisations?
Next