The use and deployment of SIBs as a funding source for the green and sustainable growth agenda should be explored.

The 12th Malaysia Plan (12MP) represents an ambitious and holistic commitment (so far) to set in place the structural conditions for the green economy and accelerate its growth as an integrated component and fundamental of the nation’s economic and sustainable development.

Under the section on “Leveraging Regional Economic Corridors for Integrated Socioeconomic Development”, the 12MP is committed to ensuring that “[s]pecial fiscal and non-fiscal incentive schemes to attract investment [originating] from BIMP-EAGA [Brunei-Indonesia-Malaysia-Philippines – East Asean Growth Area] … will be explored, particularly schemes that promote green growth and green infrastructure” (p. 7-20).

At the same time, under the “Enhancing Liveability through Implementation of Green City Action Plan” section (also in relation to Sabah and Sarawak), “… key cities and towns will be identified for greenhouse gas emission inventory and climate resilience assessment (p. 7-23).

Crucially, “[a] green financing mechanism will be put in place and innovative incentive schemes will be introduced to promote investment in green infrastructure including energy, transport and housing”.

Strategy B6 of Chapter 7 speaks of promoting green growth through a functioning and efficient green market and accelerating green initiatives by supporting the circular economy.

Again, the 12MP is committed to ensuring and providing that “[e]conomic instruments, environmentally motivated subsidies and the existing green financing incentives [are] leveraged to support businesses in greening their activities”.

Chapter 8: “Advancing Green Growth for Sustainability and Resilience” as part of Theme 3 (Advancing Sustainability) is the centrepiece of the green economy agenda under the 12MP.

In turn, Theme 3 is conceptually driven by game changer VIII: “Embracing the Circular Economy” and game changer IX: “Accelerating Adoption of Integrated Water Resources” (among others).

The Introduction for Chapter 8 states that “[i]n the Twelfth Plan, green growth will be bolstered to ensure sustainability and resilience. This will be undertaken by implementing a clean, green and resilient development agenda through the whole-of-nation approach … These efforts will be supported by public and private investments and appropriate green financing facilities” (p. 8-2).

Although originally intended to apply to social and socio-economic policies such as reducing recidivism (reoffending) of released convicts by providing mentoring, training and employment programmes, SIBs are flexible enough in their design and objectives.

The use and deployment of SIBs as a funding source for the green and sustainable growth agenda should, therefore, be explored.

As such, SIBs which was first pioneered in the UK (Social Financing Ltd) can just as well be designated as green impact bonds (GIBs) or just green bonds (GBs).

Initial costs can be borne by the public sector “directly” (bilateral) or “indirectly” (multilateral).

And it’s where the private sector (profit and not-for-profit, i.e., social enterprises) drive the design and delivery of the intended public projects.

Full payment will only be made once the key performance indicators (KPIs) – mutually agreed by all the parties or stakeholders – are met.

If directly (bilateral), funds could come from the government “borrowing” from or rather, to be precise, inter-mediating the investment funds from Bank Negara or what would be a green investment bank which could be modelled after the UK’s own (again as the first of its kind in the world – and now known as the Green Investment Group).

Our green investment bank would be wholly owned by Bank Negara – with either the Ministry of Finance (MOF) or Ministry of Environment and Water (Kasa) or both holding “golden shares”.

The government raises funds by intermediating between the investors (Bank Negara, green investment bank) and the service providers (private sector and social enterprises).

This is similar to the “loanable funds” theory in mainstream economic textbooks with regards to banks playing the conventional role in financial intermediation (of depositors’ funds and borrowers) except that the theory isn’t wholly accurate and rather misplaced.

If “indirectly” (multilateral), government-linked companies (GLCs) and the companies listed on Bursa Malaysia (which has its own robust green and sustainable development agenda as embodied in its Sustainability Reporting Guide and the drive to be carbon-neutral by 2022 and achieving net zero emissions by 2050 across its entire operations) can provide funding as (private sector or corporate) investors – again with the government playing the role of intermediary.

We should utilise our GLCs to the maximum or optimum in this regard.

Special purpose vehicles (SPVs) or consortiums, e.g., involving GLCs with (other) listed companies could also be formed as an alternative/option.

In the instance of “direct” payments, the public sector will raise and intermediate the funds by issuing GIBs/GBs to Bank Negara or the green investment bank.

Here, the interest rate will be very low, i.e., below market rate. In turn, the payment will then earn interest (at Bank Negara or green investment bank) and recycled back into the account(s) meant for (purchasing) GIBs/GBs.

Otherwise, the government can simply borrow at very low interest rate from the green investment bank.

If the KPIs are met, then final payments could, again, be made either directly or indirectly.

The KPIs could range from the installation of green and renewable energy mechanisms for smart cities’ transportation and communications network to river rehabilitation projects, etc.

Indirectly, final payment could also take the form of share/equity ownership – of the service provider entities.

A dedicated GLC could be formed which could take part in future share/equity schemes where earnings could then be rechanneled back as revenue to the government.

In turn, the revenue derived could be recycled back into repaying Bank Negara or the green investment bank.

Or otherwise providing for the initial costs for other GIB/GB projects.

Our GIBs/GBs can be a template in its own right or further support in the development of the wider green bond market as benchmarked by the Asean Green Bond Standards, Asean Social Bond Standards and Asean Sustainability Bond Standards – of which the Securities Commission (SC) is a player and contributor.

Examples include peer-to-peer (P2P) lending and funding societies – with the government again as the intermediary and which can pay a higher interest rate and mobilised as a form of retail public bonds (i.e., investment vehicle for members of the public to augment their personal savings or retirement returns) – analogous to the Sukuk Prihatin launched by former Prime Minister Tan Sri Muhyiddin Yassin.

Not least, our EPF (Employees Provident Fund) can also be a lead investor for GIBs/GBs.

In the SC’s Capital Market Masterplan 3 (CMP3) in relation to “Mobilising Capital to Sustainable and Responsible Businesses”, green financing in Malaysia is already largely funded through bank loans, bonds/sukuk, including those issued under its Sustainability and Responsible Investment (SRI) Sukuk Framework and the Asean Green Bond Standards, and venture capital (p. 73).

The GIBs/GBs as proposed here – for financing the green projects and programmes under the 12MP – is intended for complementing and supplementing the State’s role and function in driving the green agenda as enabler and co-investor.

Perhaps for the Mid-Term Review of the 12MP, the implementation of GIBs/GBs could either be explored (if initiated sooner) or considered for deployment.

In the final analysis, GIBs/GBs are consistent with the 12MP’s “whole of nation” approach in intensifying “collaborative efforts and ensure complementarity of actions taken by stakeholders in addressing environment-related issues” (p. 8-11). 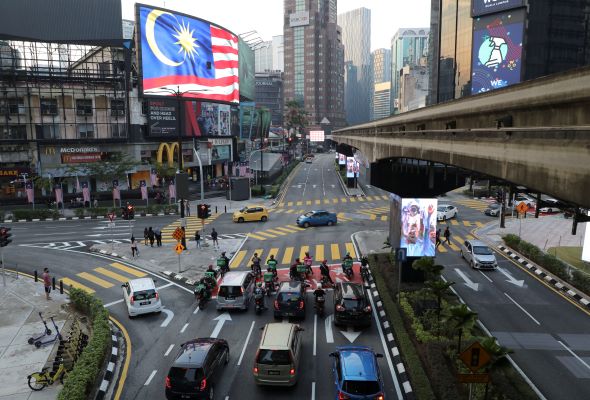 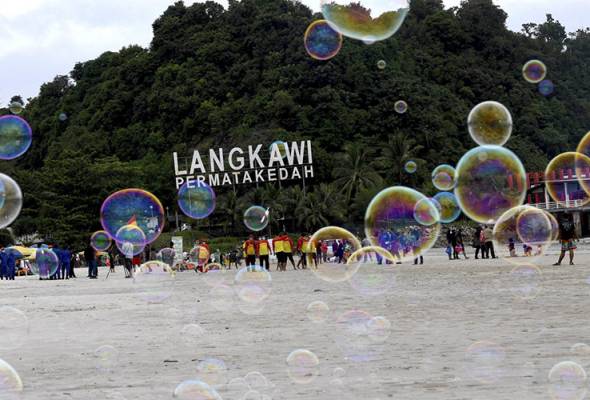