Science-communication could be an unrealised and underutilised “vaccines” to fight Covid-19 “infodemic”.

COVID-19 discovery was quickly followed by accusations and finger-pointing between the US and China, further clouding the mystery behind COVID-19 origins and fuelling conspiracy theories.

The “infodemic”, as coined by the World Health Organisation (WHO), outpaced the pandemic, overshadowing voices from rational scientific efforts.

The initial geo-political handling and spread of sensationalised news worsened pre-existing issues of trust-deficit by the people towards governments and pharmaceutical companies, setting itself up for an uphill battle against COVID-19 misinformation.

This sets the scene for independent expert voices as information frontliners. Referencing a WHO phrase, this is to help “flatten the infodemic curve”.

The information battleground requires stronger participation from non-partisan thought leaders, influencers and most importantly from coalitions of experts in the field epidemiology, immunology, virology, genetics, biotechnology and other related fields of science and technology.

As reported in Nature, experts opined that scientists should be in the front lines of the information war, whereby doing so would support policy-making and help build a coalition of understanding in society. These are critical components for successful implementation of national plans such as the National COVID-19 Vaccination Programme.

In order to formulate a strategy utilising science-communication, perhaps we can start by identifying elements that make fake news very successful.

It’s persistent and prevalent through unregulated platforms of dissemination. It’s also done in ways that target the emotional reaction, capitalising on pre-existing distrust or dissatisfaction to the authority and appealing to the psyche of the audience through pseudo-science and fear mongering.

Furthermore, these messages are amplified by key opinion leaders. In an information war, fake news has secured the four battle grounds of where, when, who and how.

Similarly, for science-communication to be effective it has to be present in all battle grounds. It needs to be credible, independent, widespread, strategic and persistent. It should be fully expressed in all platforms, both mainstream and underground channels. Effective science-communication should appeal easily to logic, and it can also be strategically done to target the psyche and emotional faculties.

Though effective in their respective ways, the odds are against them. They could use a lot more comrades in the field and their efforts could use more attention from authorities and the media.

According to Nature, an example of how scientists can assist is by making their knowledge accessible to those who are involved in exposing fake news such as journalists and fact-checkers.

A good example of this was a live Q&A session organised by The Star, where they interviewed Professor Dr Abhi Veerakumarasivam, who is a geneticist serving as the Dean of School of Medical and Life Sciences at Sunway University and also Malaysia’s first world champion science-communicator in FameLab – world’s oldest and biggest science-communication competition established in the UK.

Professor Abhi provided easily-understandable explanations including the use of simple analogies to answer live questions from the public. This is an example of how a relevant expert with no vested interest used science-communication to help fight fake news and assist in addressing some public concerns that could be contributing to vaccine hesitancy.

There are also various fact-checking online portals where experts can use science-communication techniques on these already-available debunking contents to be presented in more easily understandable and engaging manner.

This could be through conventional means such as articles, diagrams and illustrations, or other creative ways such as memes, cartoons, short clips/animations and many others.

As for official channels in Malaysia, the Ministry of Communications and Multimedia has set up Sebenarnya.my as an online portal containing fact-checking elements to combat fake news.

The Health Ministry has an official online vaccine information portal, whereby the contents appear to utilise elements of science-communication quite well, with easy-to-understand videos, diagrams and info-graphics. Increased representation by non-government experts in these official portals may help move the effort beyond promoting understanding and towards building trust.

All of the mentioned efforts above should be lauded and supported to the fullest, but as mentioned earlier, operating mainly on mainstream channels could be limiting its accessibility and appeal to the less informed segment of the population.

Furthermore, distrust to mainstream media has existed even before COVID-19. More effort is needed to proactively combat fake news in social media platforms and unregulated channels.

It may be worthwhile to supplement the good effort by bringing in third-party experts who are considered neutral by the masses, have great science-communication skills for the layman and can act as arbiters in potentially difficult engagements.

There are also international reports where efforts include the establishment of a “fake news war room” that ultimately lost the information battle to a messaging app. The influencing power and impact of unregulated platforms should not be underestimated.

As pointed by Khairy’s science advisor Associate Professor Dr. Ghows Azzam – who is also an expert in biology, genetics and infectious disease – Mosti has an internal team of experts working on vaccine-related issues that are also embarking on efforts to combat fake news.

Learning from the experience of other nations, perhaps a similar “war room” can be considered, utilising all available tools such as science-communication, engaging in all channels and working with counterparts abroad for issues and platforms that go beyond national jurisdictions.

The overall campaign strategy can draw upon knowledge from seasoned media professionals, experts in the field of marketing, advertising, social psychology, public-relation, mass communications, and many others.

Considering this as a form of “lobbying” the truth for the masses, experts in the mentioned fields may refer to strategies used in successful advertising or even political campaigns where elements of strategic placement and timing of the product (in this case, it’s the scientific messages or facts) are taken into consideration. Successful strategies may also involve engaging thought leaders, social influencers and community heads.

These strategies are worth considering as Malaysia has world-class science-communication talents. In addition to Professor Abhi, Malaysia currently has another FameLab world champion in Dr Siti Khayriyyah Mohd Hanafiah, who is a biomedical researcher and tenured academic staff at Universiti Sains Malaysia with experience in research and development of immunological diagnostic biomarkers.

Agencies such as the Malaysian Industry-Government Group for High Technology (MIGHT) and the British Council have been promoting science-communication through FameLab since 2015 and under five years Malaysia produced two world champions and catalysed a steadily growing group of science-communication experts and enthusiasts.

Furthermore, science-communication isn’t reserved to those taking part in the competition. It is a learnable skill that can be utilised by anyone, particularly non-partisan researchers, professionals, thought leaders and influencers, especially in relevant fields where public outreach is important. Analogically, this could be one of the unrealised (and therefore, underutilised) “vaccines” to fight the “infodemic”. 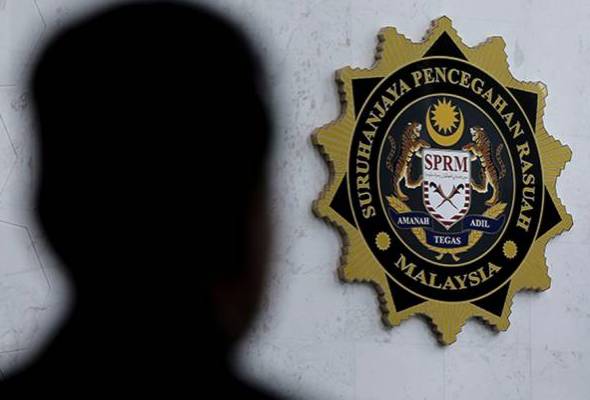 Continuous revision and improvement of anti-corruption laws in Malaysia
Previous

Utilise civic tech to enhance citizen engagement in Malaysia
Next