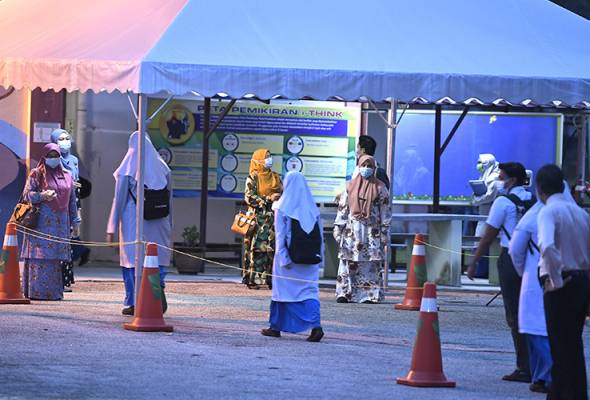 School is said to reopen by September 1, and the basis could be the expected higher vaccinated population by then. However, EMIR Research had suggested in earlier releases that the very minimum indicator to reopen schools should be when all adults have been vaccinated, which has been targeted by October.

Even so, it must be noted that this suggestion was based on the previous assumption that younger age groups are less likely to exhibit severe symptoms, and that the fully-vaccinated are most of the time protected.

However, new variants such as Delta and recent breakthrough cases may prove that this is not the case, and we could be putting children (and adults they are exposed to) at great risk through premature reopening of schools.

There has yet to be sufficient empirical evidence to conclude that variant Delta is causing more severe symptoms in children, but recent anecdotal evidence from the USA are concerning.

The American Academy of Paediatrics reported a spike in cases among children from July 29 to August 5 whereby from the 623,590 Covid-19 cases reported, 15.0% (93,824 cases) are represented by children.

There is no genomic data in said report but the gradual increase of cases since the beginning of July which is then followed by a significant surge coincide well with the period where variant Delta gradually then significantly displaced Alpha as the dominant variant in North America, according to data by the Centers for Disease Control and Prevention (CDC).

The state of Florida reportedly observed a similar situation where infection cases nearly doubled in mid-July. Reportedly, associate professor of epidemiology at University of South Florida College of Public Health, Dr. Jason Salemi pointed to an 87% increase in cases for children aged 12 years and lower and an 84% increase for those aged between 12 to 19 years.

It was also widely reported in various US news sites that Ochsner Hospital for Children in New Orleans has been experiencing an increase in Covid cases among children below 18 years of age, whereby since early July, the positivity rate for this age group staggeringly increased six-fold, from 4% to a 24%.

In addition to increasing cases, there appears to be growing reports of children hospitalisations.

It has been reported that the Children’s Hospital New Orleans experienced 20 severe Covid-19 cases among children within two weeks at the end of July till early August, when it had no such cases in prior weeks. Ochsner hospitals reportedly experienced a similar phenomenon within the same period.

The period of the sudden surge in cases and hospitalisations could be pointing to variant Delta (or other variants) as the culprit.

We mentioned previously regarding studies referenced by the CDC indicating variant Delta to be clearly more infectious and likely to cause more severe disease than Alpha when comparing vaccinated versus unvaccinated groups.

Therefore, it is reasonable to question if these recent reports are an early observation of Delta’s more severe effect on children under 18.

Making up nearly 30% of Malaysia’s population, under-18s are the biggest unprotected group. Sooner or later, they have to be protected from the virus – either through vaccination or through natural immunity. Either way, it is too soon to gamble their fate.

According to November 2020 data by the Department of Statistics Malaysia, Klang Valley holds the  biggest share of children under 18 years at 24.4%. The two states of Sabah and Johor have the lowest percentage of fully vaccinated population as of August 11 at 13.2% and 16.8% each, yet hold the second and third highest national share of under-18 population at 12.4% and 11.6% each.

Consultant Paediatrician Datuk Dr Amar-Singh HSS had projected the situation in five states of Sabah, Kedah, Perak, Johor, and Pulau Pinang to get worse with the combination of rapid Delta spread, low vaccination rate (all below 25%) and weak healthcare infrastructure. Together, these states hold 42.4% of Malaysia’s under-18 population.

In other words, states with highest Delta spread risk are also states with a large percentage of children under 18. This is a formula for disaster.

Due to highly infectious variants evading immunity, causing breakthrough infections in fully-vaxxed individuals and insufficient mucosal immunity that challenge the traditional notion of herd immunity, even the fully-vaccinated adult population targeted by October may not suffice to protect both children and adults – what more by early September?

The question now is between risk of vaccine side effects versus the risk of infection and severity of symptoms from new variants of SARS-CoV-2. Understandably, many parents are not willing to take the chance through natural immunity given the potential risks.

Some parents may want their children to be vaccinated first, while those concerned with both virus infection as well as vaccine side effects may opt to keep children physically out of school until more information and safer solutions are available.

The U.S. Food and Drug Administration (FDA) has authorised the emergency use of the Pfizer-BioNTech Covid-19 vaccine for individuals 12 years of age and older under an Emergency Use Authorization (EUA), and Malaysia’s authorities have given the green light to vaccinated 12- to 17-year-olds with underlying medical conditions, followed with 12- to 17- year-olds with no medical issues.

However, we don’t know the effectiveness of these vaccines against new variants and vaccination of all adults and adolescents will take some time. Even then, there is still a significant population of those under 12 years of age.

While waiting for safe and effective vaccines and other interventions for all ages, we should study global data thoroughly, focus on increasing the share of vaccinated population and address potential issues of immunological uncertainties.

Local news indicate large hesitancy for parents to send their children to school when cases are still high. Furthermore, year end school holidays will start in November. Why take a big risk in September and October? Therefore, the soonest time to reopen schools could be early next year.

In the meantime, we refer back to “education emergency response” as one of the strategic thrusts outlined in “Exit strategy building blocks for Malaysia” dated June 17.

Even if it was found that youngsters are less likely to undergo severe symptoms by Delta infections or other variants, cases of infections are likely to increase when schools reopen, and those infected may still suffer from debilitating effects of long Covid, and a potentially serious and deadly health complication known as multi-system inflammatory syndrome in children (MIS-C).

According to the CDC, MIS-C is a “condition where different body parts can become inflamed, including the heart, lungs, kidneys, brain, skin, eyes, or gastrointestinal organs” and that “many children with MIS-C had the virus that causes Covid-19”.

Though it has been reported that a UK study showed very small incidence of long Covid among children, the study has several weaknesses such as contrasting findings to U.K. government’s report on long-term symptoms experienced by children post Covid-19 infection, data gathering period before the prevalence of Delta (September 1, 2020 until January 24, 2021) and findings that may have not considered MIS-C, as outlined by health and medical information portal Healthline.

According to renowned medical and health organisation Johns Hopkins Medicine, an adjustment disorder is “an emotional or behavioural reaction to a stressful event or change in a person’s life”. Most concerningly, the organisation stated that the excessive response to stressors “should significantly interfere with social, occupational or educational functioning”.

What’s at stake is our children’s life, health, and future functional capacity. Make no mistake about it. 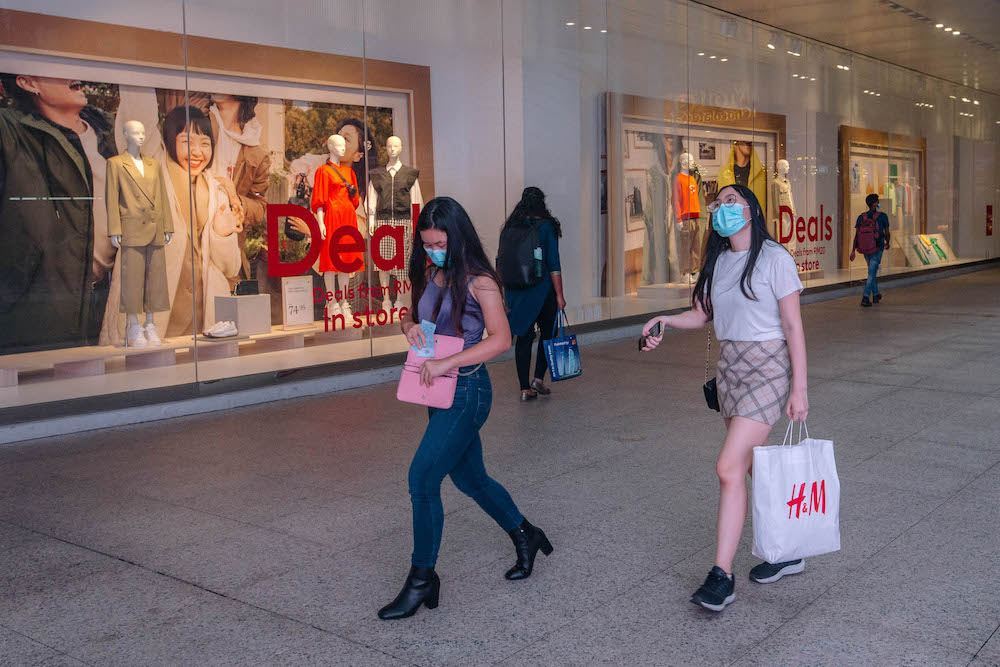 Extending the economic emergency
Next