Why Merdeka must take us over every divide

All the rhetoric against any races, religions and potentially the royalty must cease and desist. 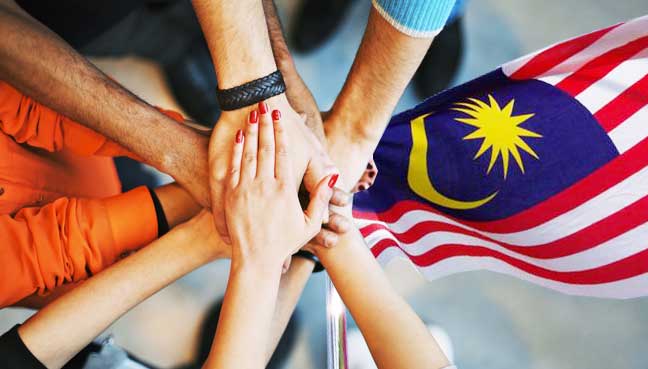 Nothing opens up the gapes of various chasms like a pandemic. Be it the Black Death in Europe or Ebola in parts of Africa, even AIDS that have become an epidemic in the gay and impoverished drug consuming society in United States, where tainted needles to get a quick fix are shared, each of these public health issue can widen the gaps between the rich and poor, ultimately between the poorest and the penniless ad nauseum. These are structural divides that are shape be a lack of 5 S.

Sustainable access to a strong system of public health, both in the private and public sector; strong surveillance of each person’s or his/her family well being once exposed to the pandemic; silent prejudice as a pre asymptomatic or asymptomatic carrier; (in)superable attempts to stop oneself from being tested negative again and again; and finally, the suspension of one’s ability to rejoin the work force or even society without being discriminated as a patient of Covid 19.

Malaysia has not been affected deeply by SARS Cov, which leads to the disease of Covid 19. At 8000 cases or more, our front liners have also managed to save some 7500 lives.

Whether it is the will of God, where the strain of Sars Cov II has not mutated too viciously to infect people at a speed beyond the capacity of our front line workers to put them in safe wards, or, sheer compliance to social distancing or hand hygience, Malaysia has been relatively safe as compared to say neighbors, near or distant, that are struggling with not merely a pandemic but literally a social explosion of their lack of access or deprivation from 5 S above.

Pandemic has triggered a social explosion all across the world, either silently or publicly. In China, while the public epidemic has been contained, voice of murmurs that Wuhan did not have to close down at all could still be heard.

The society, for the lack of better word, is still dissatisfied with the response of the Chinese Communist Party (CCP), much as polls do show that close to 90.6 per cent of the people are agreeable to the leadership of President Xi Jin Ping.

Even if China has handled the pandemic well, within the country, there are millions of Chinese students who do not feel safe studying in US or UK. China understands the danger of their worries, and has tried not fan the fire of their concerns, by speaking negatively of the valiant efforts of other countries.

If they do, and the Chinese students are “spooked” millions of them would opt to return to China triggering the fear of more and more “imported” cases in China. The latter has not happened but it can happen at rapid rate, which would undermine the legitimacy of the top leadership in China.

Malaysia has been careful to calibrate the responses. Imported cases are now reported side by side with locally transmitted ones per the protocol of the Ministry of Health.

The Merdeka of Malaysia in 2020 must be marked by how mature we have handled SARS Cov II — by not allowing Malaysians to be divided, or, the foreign workers in our midst to be discriminated whole sale, as they too are the back bone with which the Malaysian economy has to lean on.

By understanding that our economy contracted by 17.1 per cent in 2Q2020, the worst that Malaysia has ever faced, the perfect storm of the pandemic would have to be faced with more resilience. All the rhetoric against any races, religions and potentially the royalty must cease and desist.

This government was formed on March 1 but it also understands the pandemic may last and last. Nancy Shukri, the Minister of Tourism, to her credit has honestly admitted that the international tourism of Malaysia may be affected until June 2021, in an interview with Nikkei Asia Review.

With more leaders and people willing to stand united to accept that this pandemic is now an endemic, and Malaysia has not done completely too badly, the current administration would have the breathing room to make more clinical and sound decisions without being bogged down by partisan politics.

As an African saying goes, “when the wind changes, you change the sails.” Regardless of how the big tech companies are doing well in the bourses across the world, Malaysia cannot afford to assume that the world will gain from a global V shaped recovery there is not.

The least therefore we can do is not to be vicious to one another just as we exercise due caution to prevent SARS Cov II from enlarging all the chasms mentioned above.

United we stand, divided we fall, as never been truer, both in and out of parliament especially in the wake of troika of challenges — Covid 19 Pandemic, global and domestic economic volatility, and political conundrum. Happy Merdeka to fellow Malaysians !

A mediator in the midst of US-China trade war?
Previous