Gopinjam – will it lead to subprime leading?

We need to be more diligent in enhancing and enforcing macroprudential and credit regulations.

Microfinancing or microloans is a form of financial access targeted at micro-businesses or the self-employed who otherwise would have no access to conventional banking services. It is to be distinguished from personal loans.

However, there is nothing to stop lenders (non-banking) from blurring the lines and offering “generic” loans – which cover all kinds of financial needs – ranging from the emerging buy now, pay later (BNPL) schemes which are increasing their presence in the consumer debt market to settling arrears arising from the pre-existing financial commitments whether business or personal (instalment, electricity bill, rent, etc.).

One such lending scheme that has just made a foray into the consumer debt market is Touch N’ Go’s (TNG) GOpinjam.

The GOpinjam scheme provides so-called “small” or “manageable” (uncollateralised) loans to low-income individuals and households. This would definitively include the youth who have just entered the jobs market. The minimum qualifying monthly salary requirement is only RM800.

GOpinjam joins the ranks of the non-bank e-money issuers (EMI) which can be defined as the digital alternative to conventional credit created by banks.

Notwithstanding, GOpinjam is flexible enough to accommodate the desire by the borrower to have the loan credited into a bank account instead – a sort of a hybrid arrangement. This allows for the withdrawal of (physical) cash on demand – rather than a (pure) digital money that is transacted online only (in which case the proper term is “electronic” money, i.e., numbers which are keyed in electronically).

Credit is “literally” created when banks key in the requisite amount of loans which then creates the deposits (placed in the accounts of borrowers or the targeted recipient which can be from another bank).

The only difference between a commercial and central bank in the creation of credit (which doesn’t involve the printing presses) is that in the case of the former, there needs to be a “netting to zero” whereas new nett financial assets (NFAs) enter the system in the case of the latter.

Meaning that, when commercial banks and non-banking lenders create credit, they do so on the basis that it is both an asset (income/revenue stream) and liability (possibility of default/non-performing loan or NPL) – as reflected on their balance or “ledger” sheet.

NFAs have no corresponding liabilities in the case of the currency issuer. This is not to imply (and presuppose) that Bank Negara has been engaged in what is known as over monetary financing (OMF), i.e., the creation of electronic money that is not backed by the Treasury’s pre-existing revenue – but simply to point out the legal/institutional and operational realities at work.

In any case, direct deficit spending by the government creates NFAs in the economic system (which cannot be done under monetary policy), i.e., propping up the money supply (when it contracts due to loan repayments) to ensure that there is effective demand and, by extension, effective supply.

Deficit reduction should occur only when the “output gap” is closing in and the economy is in danger of overheating – as signalled by accelerating inflation caused by an outpacing of money supply relative to the productive resources available.

As a credit creation scheme underwritten by CIMB via its e-Zi Tunai platform (and coming under monetary policy, i.e., “indirect” fiscal policy), will Gopinjam really serve the role and function of providing the cash transfers (albeit conditional) on the one hand and lubricating the circuits of the economy, on the other hand?

Or will we see a situation developing comparatively similar to that in the US just before the Great Financial Crisis (2008/09), i.e., subprime lending as the trigger?

The question is asked because subprime lenders (non-banking entities) pushed loans on to non-credit worthy borrowers (i.e., with poor credit rating or history).

Can GOpinjam be regarded as a form of such subprime lending that will it lead to a similar situation, i.e., the loosening of credit requirements resulting in a series of defaults with an impact on our financial system?

The link with subprime lending under the scheme lies in the exorbitant interest rates charged by GOpinjam.

Depending on the borrower’s credit worthiness, Gopinjam can:

The highest at 36% unwittingly conjure up comparisons with loansharks or colloquially known as Ah Longs who are known to charge up to 120% interest rates (or higher).

The minimum salary requirement of RM800 and ease of qualifications (the other criteria being a Malaysian citizen and aged between 21 and 63) could see the B40 as well as youth “rush” to make the loans applications.

In addition, the borrower must, of course, have a TNG e-Wallet account. It’s a natural “transition”, after all, from the use of the e-Wallet – whether from the government’s fiscal incentive or the personal top-ups – to applying for a personal loan.

However, both the B40 and youth are known to have low financial literacy.

According to Section 17A(1) of the Moneylenders Act (1951), lenders can only charge up to 18% per annum for unsecured loans.

How is it that TNG can charge up to 36% for GOpinjam?

Section 17A(3) states that such loans (i.e., exceeding the statutory amount) are unenforceable.

The responsible lending practices were created with consumer protection as the main focus. The guidelines are intended to ensure that lenders behave responsibly by conducting thorough credit checks to ensure borrowers do not then suffer financially during the repayment period.

However, when an RM10000 loan could amount to an additional RM3600 in interest rate payments, is the consumer really protected? Especially when the projected consumer base comes from low-income people.

Loose regulations on non-bank EMIs as specifically pertaining to personal loans have caused an increase in the overall consumer debt due to overspending.

In China, the fintech industry has seen rapid growth due to apps like AliPay.

The situation became so out of hand that even apps that do not normally come under the fintech industry such as delivery and photo editing began offering microloans to the general public.

There have been cases where consumers feel that they have been tricked into taking up the loans without knowledge of the processing fees which would amount to the real interest rate exceeding 36% – the maximum rate allowed under Chinese law.

To tackle the issue, the Chinese government has only recently decided to propose rules to ramp up regulation for online microloans.

The need for a tighter regulatory framework

There is a need for tighter regulations on the issuance of microloans by non-bank EMIs.

Bank Negara should revaluate the prudential regulations and enhance credit supervision regarding non-bank EMIs – not only to ensure continuous financial stability but also prominently to protect the interests of the stakeholders who are the borrowers.

Instead of setting its sights on monetary policy by way of the Overnight Policy Rate (OPR) or interest rate manipulation, the central bank should re-deploy its surveillance efforts in ensuring that, overall, credit creation is procyclical and sectoral/sectional-specific in coordination and synchronisation with a counter-cyclical fiscal policy.

For example, instead of extending personal loans to spent on typical consumer purchases like gadgets, motorcycles, accessories, etc., credit regulation will enable borrowings to be invested instead in investment schemes (e.g., EPF-approved/sanctioned) or to top up depleted outstanding contributions or savings.

Put it in another way, rather than borrowing money to buy laptops for their education, the B40 should be given these devices free of charge as another practical example. Whatever personal loans will be (re)directed towards purchasing unit trusts shares geared for the low-income like Amanah Saham Bumiputera 3 – Didik and Amanah Saham Malaysia, etc.

And interest rates for the low-income should be capped at 3% or thereabouts and over a longer period of repayment, if need be.

We should be cultivating a savings culture for the B40 – along an inter-temporal or time-preference model of saving and consumption where a) borrowing is mainly or also for investment and b) consumption should ideally be deferred for the future in favour of present saving.

The Ministry of Housing and Local Government – together with the Ministry of Finance – must ensure that lending practices and schemes of licensed moneylenders comply with the Moneylenders Act (1951) and other legislation where relevant.

Finally, the focus of credit creation should be towards financing the productive and industrial capacity of the economy – which helps to stabilise the equilibria between money supply and output in the long-run, avoid excessive reliance on either financial flows or consumer debt to drive capital accumulation and, by extension, curb sectoral imbalances in the economy.

We need to be more diligent in enhancing as well as enforcing macroprudential and credit regulations to prevent exploitation and enhance financial security for all. Highway buy-back a form of “bailout” by the people?
Previous 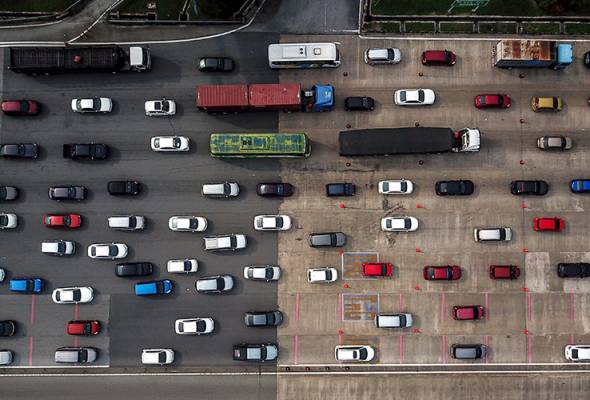