Graduate unemployment (and under-employment) – part of our structural growth challenge

Otherwise, graduate and youth unemployment and under-employment will increasingly become a part of our broader structural growth challenge in the years to come. 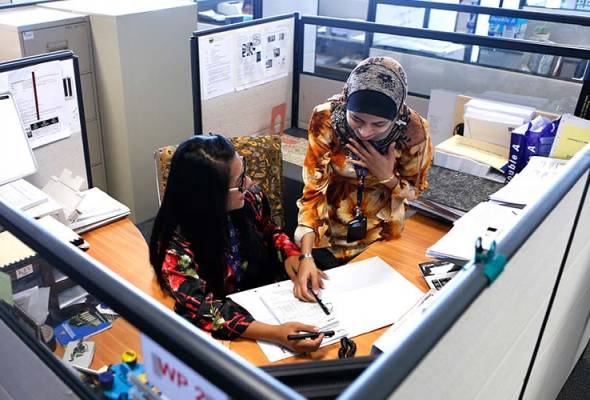 Previously, EMIR Research article, “From regulatory incentive to fiscal incentive” (Aug 3) urged the government to increase direct fiscal injection from RM83bil to RM150 bil. The increase is needed in order to further stimulate the economy and push up the growth figure.

And not least address our unemployment challenges which may become structural or in-built (i.e., long-term and permanent, regardless of business cycle) – which definitively includes graduate and youth unemployment (and under-employment).

Okun’s Law (by the economist Arthur Okun) states that for every 1% drop in employment, there’s also a corresponding 2% drop in GDP growth. It’s basically correlated to the “output gap” of standard economic theory. That is, the difference between actual output and potential output.

Employment is an integral aspect of an economy’s macro-economic fundamentals.

It’s vital to ensure (loose) full employment in the country so that our economy doesn’t stagnate and can move forward and upward towards achieving our potential as being a fully developed and high-income nation envisaged in current and past national plans, blueprints and strategic frameworks.

Otherwise, graduate and youth unemployment and under-employment will increasingly become a part of our broader structural growth challenge in the years to come.

Even then, we are mainly dependent on our manufacturing sector’s exports to drive growth (which surpassed RM1 trillion for the first half/H1 of 2021) – coming from petroleum and petrochemical products, electrical and electronic (E&E) products, especially electronic integrated circuits used in the production of smartphones, automotive, computers and home appliances, and rubber products, particularly nitrile-based surgical gloves (see “Double-digit growth in exports to major markets”, The Star, July 29).

Arguably, the RM83bil representing 16% of the RM530bil in total of the eight aid and stimulus packages so far could at best only sustain and maintain the economy at current levels.

But it wouldn’t be able to effectively outspend the estimated RM500mil loss per day under MCO 3.0 beginning in May 2021, and thereby drive the momentum towards ensuring full recovery from the scarring effects.

Extrapolating that to five months of lockdown, i.e., before the herd immunity of 80% is set to be achieved by the target month of October (with the “100%” goal by December), the figure is roughly RM75bil which when added up to the direct fiscal injection of RM83bil approximately amounts to RM158bil (or roughly RM150++).

Whereas the 84% of the RM530bil, i.e., the non-direct fiscal injection, are in the form of loan moratoriums, EPF withdrawals, tax incentives, etc.

Take the example of the loan moratorium last year. Banks lent out to purchase residential properties and passenger vehicles with various tax incentives.

But the impact of such purchases has been limited – the loans which create the deposits are then not withdrawn for additional spending (and hence, the multiplier effect in terms of overall cash circulation). Furthermore, it was in tandem with a steep decline in credit card loans which indicated a drop in the overall spending activity, according to the June 2021 edition of the Malaysia Economic Monitor of the World Bank – “Weathering the Surge” (see p. 30).

Lower GDP growth means lower production and investment together with consumption and by extension, higher unemployment and under-employment.

And our graduate and youth unemployment – which is traditionally three times the national average – will also correspondingly increase.

This adds to the growing stock of unemployed graduates and youths set against the prolonged economic uncertainty and the “loose” labour market conditions due to a) skills mismatch; and/or b) the demand-supply mismatch, i.e., jobs (demand) being created not (fast) enough to absorb the unemployed (supply), including the graduates and youth.

Statistics and data strongly point to these two trends/indicators.

The latest available figure of youth unemployment from the Department of Statistics (Dosm) is for May 2021, which stands at 13.6%.

Dosm’s Employment Statistics for the First Quarter of 2021 showed that only a meagre 17,000 jobs were created together with 178,000 vacancies in the same period.

That is, about the time-related and skill-related under-employment.

According to economist and consultant Professor Dr Geoffrey Williams, we now have about 2.1 million people who are under-employed (@Malaysia University of Science & Technology/Must seminar on “The economy after Covid-19: How can we recover and build back better?”).

Economist and policy analyst Calvin Cheng has warned that, “periods of unemployment can create persistent lifetime effects for the youth … [it] has long-lasting implications on future income, lifetime savings and employment prospects for decades to come” (“Malaysia’s youth on the unemployed frontline”, Malaysiakini April 18, 2020, with Bridget Welsh).

In other words, structural issues at the micro-economic levels – which would then translate into the macro-economic fundamentals.

This is why as an emergency measure, it’s vital that vulnerable businesses can be prolonged as much as possible under conditions of prolonged lockdowns.

In our previous article, EMIR Research also called for a bankruptcy/insolvency moratorium to prevent swathes of businesses around the country from collapsing – with macro-economic (structural) repercussions such as shrinking supply-side and demand-side dynamics and not least the chain- or knock-on effects on employment, including graduate and youth.

Based on a survey conducted by the Ministry of Entrepreneur Development and Cooperatives (Medac), an estimated 580,000 businesses which represents 49% of the MSME sector are at risk of failing by October (if they aren’t allowed to resume operations by then). The survey also noted that it could result in a staggering seven million workers becoming unemployed with multiplier effects on household consumption with the dependencies (demand-side) and business decision to invest based on sales projection (supply-side).

It will also deepen youth unemployment and under-employment.

Which could lead to a period of a “lost decade” for Malaysia.

On July 26, Dosm released its gross fixed capital formation (GFCF) report which indicated that our GFCF, otherwise known as investment in production capacity and the second largest component of GDP, had contracted by 14.5% in 2020.

Again, this has implications for jobs and growth – representing macro-economic structural challenges.

The National Employment Council (NEC) should set in place a national employment plan that will create “sufficient” jobs – beyond the 500,000 target – to ensure (loose) full employment in the country as the first step and part of the transitioning to the “new normal”.

The plan should be incorporated into Budget 2022 and the upcoming 12th Malaysia Plan.

As the employer of last resort (ELR), the government should for a definite period implement a Job Guarantee (JG) scheme directly and indirectly via public-private partnerships (PPP) (see EMIR Research articles, “Youth unemployment and jobs guarantee” and “Tackling youth unemployment and underemployment through ‘Jobs Guarantee’”).

The JG would be deployed towards meeting the critical needs of the country such as in public health on all fronts, including (manual) contact tracing (even when we fully automate MySejahtera with Bluetooth technology, for example) and healthcare workers, including ambulance drivers and paramedics for negative pressure ambulances. We also need SOP enforcers to ensure social distancing and crowd management control in public places and also as ground intelligence to disrupt super-spreader events.

The JG will promote the employability of unemployed and underemployed graduates and youth. This is because not only can the JG address time-related under-employment, it’s well-poised to tackle skill-related under-employment by matching the requisite job in the public sector or via PPP as well as provide on-the-job training which will serve as a smooth transition to the private sector jobs market later on.