Early intervention on suicide prevention is necessary to help unemployed individuals with suicide attempts finding new ways to start all over again.

Although the overall unemployment rate in May 2021 (4.5%) hit a 14-month low compared to April 2020 (5%), the Department of Statistics Malaysia (DOSM)’s definition of employed persons involves those working just one hour a week and who may be unpaid workers in a family enterprise masked the underemployment taking place in the informal economy where official statistics may not capture them.

With the loss or a decrease in income arising from reduced working hours, more Malaysians might choose to commit suicide as the way to end their lives when they could not overcome the ongoing financial distress arising from the prolonged lockdown.

Such a scenario is especially true for men who are serving as breadwinners for their families. When they could not meet their daily household living expenses and pay off housing or car loans, some would choose the easy way of ending their lives by hanging, poisoning with pesticides, jumping off a tall building or poisoning by car exhaust gas.

In addition, single parents, particularly single mothers, are a socially and economically vulnerable group that is at risk for various physical and mental health problems. According to a survey conducted by the South Korea’s Ministry of Gender Equality in 2015, single parents with low education and income levels were more likely to experience depressive symptoms.

Therefore, there is an increasing concern that more single mothers in Malaysia would commit suicide when they are unable to feed their children.

Due to a lack of working experience, youths continuously remain one of the most vulnerable groups in securing a decent job with decent pay and benefits. When the company downsizes, young people are often the first to be laid off (or facing a reduction in working hours).

As the Covid-19 daily infection figures remain above the 10,000 mark, youths who could not cope with the continuous rise in living costs would become demotivated in pursuing their life goals and eventually choose suicide to end their miserable lives.

While it may appear irrational to end one’s life, the individual would be inclined to commit suicide when their perception of the derived benefit of living into future periods falls below the expected costs of committing suicide.

Such a phenomenon is particularly apparent when the individual is the only one who loses his or her job. When the individual is surrounded by employed friends, committing suicide would be the likelihood outcome even though they are aware that suicide is a harmful act not only to themselves but also to their immediate family, friends and the community.

EMIR Research has written an article on how the pandemic has created a lot of worries that has resulted in mental illness that had led many to take the tragic step of committing suicide.

It might not be easy to determine who intends to commit suicide as people with suicidal thoughts tend to keep to themselves. However, when someone behaves out of his or her usual character, Malaysian citizens could do their part by learning how to recognise the warning signs of suicide so that psychological first-aid based helplines could be extended to those who desperately need help immediately.

Losing interest in their daily activities, having difficulty focusing and carrying out their daily tasks, consuming more drugs or alcohol than usual, isolating themselves from others and expressing their desire to commit suicide on social media are some symptoms of attempting suicide.

As suggested by the US’ National Institute of Mental Health, there are five steps where citizens could assist someone in emotional pain:

As suicidal thoughts or actions are signs of extreme distress, Malaysian citizens could save the following numbers in their phones: (i) the Women, Family and Community Development Ministry’s Talian Kasih hotline at 15999 or via Whatsapp number at 019-2615999 and (ii) Befrienders’s number (03-76272929).

By resonating with the feelings and emotions of loved ones, the counselling services could help the struggling persons realise how detrimental their loss would be to those they care about, which in turn decreases their chances of committing suicide. If the individual perceives that the value of living is greater than dying, the suicide rate will decrease.

Although the current administration is expanding mental health infrastructure to assist the vulnerable ones in managing mental illness problems during this prolonged lockdown, there is still a continuous need for empathy for the plight of ordinary Malaysians as they struggle to weather through this challenging time.

Aside from the RM15 mil to non-governmental organisations (NGOs) in assisting the government in addressing social issues such as mental health, homelessness and other social problems in the Pemulih stimulus package, there are several steps required to moderate the mental health impacts of widespread unemployment and income losses.

Towards this end, EMIR Research urges that the government continues to:

To conclude, early intervention on suicide prevention is necessary to help individuals with suicide attempts with finding new ways to cope with their pain from the loss of jobs or income, giving them the ability to start all over again. 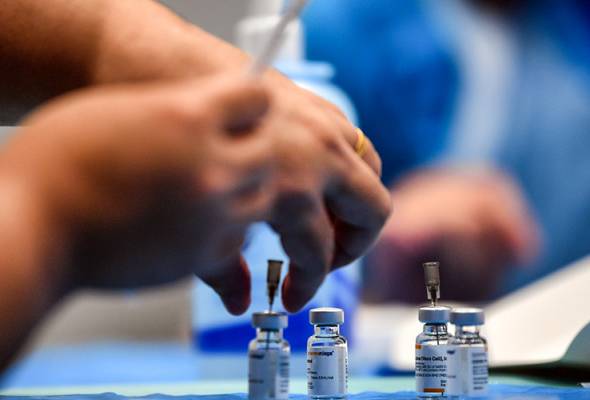 Breakthrough infections threaten NRP indicators and the fully-vaxxed
Next