With Malaysia officially being an aged nation, it would be imperative to consolidate a practical framework to safeguard as well as empower Malaysia’s people throughout all stages of... 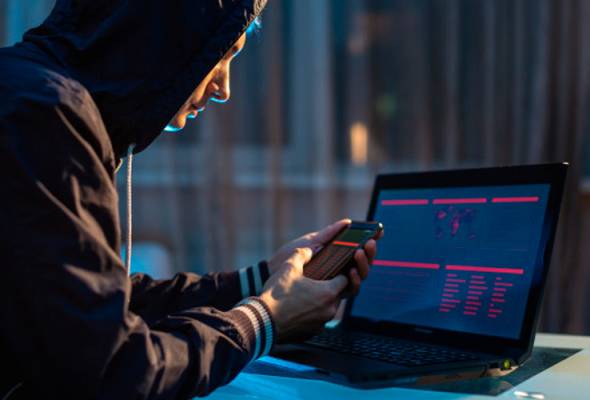 Imagine working hard and saving frugally for the entirety of your working life, only for all the retirement savings to be swindled away in one fell swoop due to phishing (i.e., the tactic or act of masquerading as legitimate and reputable sources with the aim of stealing personal and sensitive info for monetary gain), including by way of phone calls as the much more common modus operandi (MO).

Tragically, it’s a reality for an increasing number of our senior citizens these days

The story of one’s entire life savings being funnelled away is but a hortatory lesson and tale in the indispensable importance of financial literacy, including digital.

For senior citizens living with their own children and/or having a well-connected or active social life, family members (sons, daughters) would have likely provided guidance and mentoring on online banking safety measures as safeguards and precaution.

And this would extend to protection against scamming such as the identification of suspicious SMS-es or Android Packages (APK) apps. Or close circles/network of friends like neighbours would provide the exposure by sharing or exchanging information and news updates in the course of the daily/regular social interactions as warning and caution.

After all, financial scams have been on the rise particularly since the onset of the pandemic with at least a total of RM2 billion lost due to financial scams in Malaysia from 2019 to July 2022 (“Online Scams Cases Increasing in Malaysia, New Strait Times, September 26, 2022).

Yet, some 29% of senior citizens, amounting to over 1 million individuals, are not closely-connected with family members and relatives.

Social fragmentation such as isolation or broken relationships have been a huge predictor for the vulnerability of elders to financial exploitation (“Social Dissatisfaction Predicts Vulnerability to Financial Exploitation in Older Adults, Keck School of Medicine of USC, May 26, 2022).

The majority of senior citizens (given their generational origins) are either not digitally literate or savvy enough to protect their personal and sensitive information from becoming exposed (“Analysing the Usage of Social Media: A Study on Elderly in Malaysia”, Chan E. T. and Tang M. J., International Journal of Humanities and Social Sciences, Vol. 11, 2017).

Senior citizens living alone are at a greater risk of falling prey to the financial scams due to poor social support/network – and not least technological illiteracy (“Do Living Arrangements and Social Network Influence the Mental Health Status of Older Adults in Malaysia?”, Tengku A. H., Hazwan M. D., Mohamad F. B., and Rahimah I., Frontiers in Public Health, May 05, 2021).

Such handicap (i.e., lack of digital literacy or savviness) represents a huge risk and vulnerability or otherwise material safety and security breaches in their own right for the accumulated wealth or savings.

For scammers, this is already a real opportunity for them – it only takes insiders to collaborate or disclose personal and sensitive data. And, by extension, it’s only a matter of when to strike.

Even where there’s digital literacy, senior citizens remain vulnerable and susceptible if they’re not savvy or alert enough (based on heightened awareness and/or experience) to respond to the tactics of scammers as embodied by phishing.

In short, it’s the situation of moving beyond knowing how to use the digital tool or platform to knowing about the concomitant pitfalls. Or to put it in another way, there’s a critical need for senior citizens to progress from the basics to at least the “intermediate” or more advanced (as in equally practical/practicable) forms of digital literacy (linked to usage – representing the safety and security dimensions).

By that, it’s specifically meant the ability to recognise and detect that a profile, website, or message is fraudulent or malicious – which is key to navigating the Internet safely and securely (“Bank Negara: The Low Level of Digital Financial Literacy Among Malaysians is Deeply Concerning”, TechNave, October 04, 2022).

What’s worrying is that in reality, the proportion of the elderly generation using the Internet as compared to middle-aged adults and youths remains lower.

This would indicate a lack of widespread digital literacy (i.e., as basic skills) amongst senior citizens (“Usage of Internet for Health Information Seeking Among Elderly in Malaysia”, Normwati A. et al., EPRA International Journal of Multidisciplinary Research, Vol. 6, Issue 5, 2020). By extension, this would only aggravate their financial vulnerability and susceptibility to scams – simply because they can be easily targeted, i.e., ever so indirectly.

That is, the phishing can easily take place via phone calls first (as the usual MO) and followed by that decisive moment when the vulnerability is total (100% or more) and it’s an “open field” when the move then (where relevant and applicable) progresses to the transactions which take place online.

Even if a senior citizen actively avoids the Internet or a portable digital device, without sufficient awareness or knowledge in recognising the tactics of financial scams which can mutate and adapt, this still exposes them to the risk of falling victim, potentially speaking.

With Malaysia already officially an aged nation, it’s imperative to provide a holistic and comprehensive framework to safeguard the welfare of as well as empower Malaysians throughout all stages of life.

This means that, for example, any step/measure to detect and pre-empt fraud and scam should be formulated and implemented with the senior citizens (i.e., elderly-friendly) in view also.

Currently, as mandated by Bank Negara Malaysia, the banking industry is expected to fully implement five security measures by June 2023.

These measures include i) transitioning from SMS one-time password authentication to a more secure app-based authentication method; ii) tightening bank fraud detection rules and triggers for blocking suspicious transactions; iii) verification and cooling-off period for first-time enrolment of e-banking services or secure device; iv) restricting authentication of electronic banking transactions to one mobile device or secure device; and v) having a 24/7 dedicated complaint hotline for the reporting of scam incidents and suspicions (“Banks Expected to Fully Implement BNM’s Measures to Combat Online Scams by June 2023”, The Edge Markets, December 13, 2022).

EMIR Research would like to recommend the following policy proposals to provide enhanced safeguards for our senior citizens from financial scams:

Beyond the first-time enrolment of e-banking services, BNM’s move to mandate verification and a cooling-off period should be extended to be a general security option offered to senior citizens.

A survey has found that senior citizens are already amongst the most anxious when it comes to online payments (“Almost 1 in 3 “Seniors” in SEA Gets Anxious When Making Online Payments”, Business Today, May 05, 2022).

A 3-step transaction authentication process should entail a 12-hour cooling-off period followed by a mandatory biometric verification that would be triggered for example, when the amount is above RM15,000 or for account ownership change, would act as buffer time for both senior citizens and their closest contacts (children, carer).

2. Development of a framework for an AI-backed fraud detection system

Artificial intelligence (AI) is critical to analysing massive amounts of data to detect misrepresentation patterns, which can then be used to identify scams.

Regulators such as BNM and the Ministry of Communications and Digital would be key players in developing a machine-learning (ML) based algorithms and datasets for the employment of AI-driven fraud detection systems to run-up red flags.

3. Developing a database of official contacts from both the public and private sector for a senior-citizen friendly app

Most scams start off with the phone call and text messages – scammers falsely claiming to represent a public sector organisation or (legitimate) company.

With the power of a simple app (like True Caller) that only allows official and verified contacts to come through, this could protect senior citizens from malicious and unwanted calls and messages.

For a solution like this to materialise, there first needs to be a centralisation of public data repository of not only official contacts, but perhaps even phone-calling patterns which would also aid in bolstering policy recommendation no. 2.

As humans, it’s wired in our fundamental nature to seek social connectedness and support, and this remains true throughout the entirety of one’s lifetime (“Why We Are Wired to Connect”, Scientific American, October 22, 2013).

In light of both the Covid-19 lockdowns and increased use of new media technologies, privatisation of people’s lives within the household as well as social isolation is not uncommon in Malaysia.

Despite their relatively lower proportion compared to other age groups, senior citizens in Malaysia still primarily use the Internet to develop or remain social connections.

The perks of joining an online community is that it empowers senior citizens to reinforce their self-esteem (“mental self-view”) (“Analysing the Usage of Social Media: A Study on Elderly in Malaysia”, Chan E. T. and Tang M. J., International Journal of Humanities and Social Sciences, Vol. 11, 2017).

Thus, initiatives with senior citizens at the grassroots level is a crucial psychological aspect in the effort to forge, foster and develop widespread digital financial literacy skills but also to promote a wider sense of community empowerment.

To encourage this horizontal of community support for elders, there needs to be a vertical framework (i.e., top-down from the government) to facilitate regular community engagements with grassroots bodies and NGOs for them to listen and provide targeted solutions for stakeholders.

The National Community Policy (NCP) that was developed during Tun Dr Mahathir Mohamad’s second stint as Prime Minister was a promising framework to better connect stakeholders from the public sector, private sector, grassroots and NGOs to collectively organise and manage community initiatives from the bottom-up (“Introduction: National Community Policy”, Ministry of Housing and Local Government Malaysia, 2019).

This is something that would be worth for the Ministry of Women, Family and Community Development to model after – in formulating strategies and measures for our senior citizens to connect and re-connect to the wider community which would, among others, help them with the exposure and support to be on guard/on the alert, so to speak, against scams.

Jason Loh and Jennifer Ley are part of the research team at EMIR Research, an independent think tank focused on strategic policy recommendations based on rigorous research. 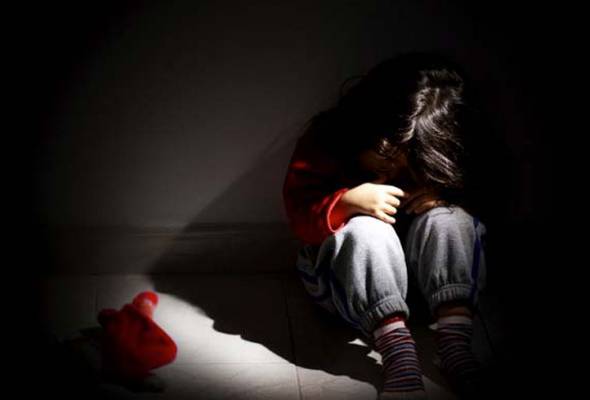 Pharmaceutical pollution and eco-toxicity – an “emerging” ecological threat
Next