Targeted assistance is required to reach the most vulnerable

"The current administration could use the white flag as the determinant, initiating more outreach programmes to assist people in need." Although The White Flag Movement by the rakyat could help those in dire need of food and essentials during such trying times, the prolonged lockdown in Malaysia might leave more Malaysians to exhaust their savings soon and eventually struggle to make ends meet.

Such a scenario resonates especially among the hardcore poor and B40 households, who cannot afford to put food on the table. Many of them who purely rely on daily wages have no idea how to survive when the enhanced movement control order (EMCO) in the Klang Valley area persists.

As they could not go out for work, there were significantly more people coming to food banks for food or to seek shelter during the past few weeks. Citizens from other Malaysian states are also raising white flags to seek help due to the loss of jobs and income arising from the movement restrictions.

Due to overwhelming crowds queuing for food assistance, both former youth and sports minister Syed Saddiq and former deputy minister of women, family and community development Hannah Yeoh were asked to close their parliamentary constituency office in Muar and Segambut from July 14.

While Hannah apologised for closing her food bank in Segambut due to difficulties managing the crowd of 853 people, Syed Saddiq expressed disappointment about the closure order by the police and stressed that he has always assisted those who are struggling, hungry and sick.

Usually, more than 150 families come to his office daily, but over the past two days, the number has risen sharply, according to Syed Saddiq.

Also, the help requests from the rakyat through the locally-made website Kita Jaga Malaysia (kitajaga.co), developed on July 5 provides convenience for the public to ask for help or to provide aid.

Up to date, there are over one million visits to the site. As of July 10, about 7,000 people had asked for help while the other 15,000 had offered assistance.

As Klang Valley is still under EMCO, the site detected many red spots through the Google Maps application programming interface (API). Over thousands of individuals are asking for help on the site.

Indeed, the Bakul Prihatin Negara programme that was launched on July 15 marks a good sign in advocating the right to food among rakyat. However, the government could consider including nutritious food such as eggs, fruits and vegetables and essential items such as baby diapers, milk formula, sanitary napkins and medicines in the rations, ensuring underprivileged communities could receive adequate access to fresh, nutritious and local food.

Currently, Yayasan Kebajikan Negara (YKN), under the Women, Family and Community Development Ministry (KPWKM), is arranging 420,000 food baskets for those affected by the health crisis. It involves a total allocation of RM5 million from the Prime Minister’s Department and RM16 million from the private sector.

The government also needs to integrate food and nutrition-focused programmes with different transfer modalities such as in-kind, cash or vouchers into social protection systems. Women and children from low-income households, in particular, can use food vouchers or cash to buy food. Such an initiative would ensure everyone has a basic income, giving them the ability to cover their essential spending and enjoy healthy food.

In addition, the government needs to work closely with the soup kitchens, non-governmental organisations (NGOs) and Social Welfare Department Malaysia (JKMM) for meal distribution. Cross-sector collaboration in terms of meal distribution could prevent individuals who could not afford to put food on the table to commit any crime to survive or suicide to end their problems.

Furthermore, the current administration could use the white flag reflected from the Kita Jaga Malaysia’s website as the determinant, initiating outreach programmes with the private sector to help hard-hit sectors, low-income and vulnerable groups weathering through the storm.

For instance, the government could work with several NGOs such as Food Aid Foundation, The Lost Food Project and Pasar Grub, distributing leftover but consumable food or lower quality fruits and vegetables to the B40 communities who are the most vulnerable to food insecurity. To ease the aid delivery, the government should mark and include all the B40 families onto their map, especially those who are living in interior and squatter areas.

The government also could provide better shelters for the hardcore poor and B40 households to stay. Till present days, many of them are still living in run-down wooden houses and in an environment that is poorly maintained and prone to flooding.

By providing better shelters, the children from underprivileged families could study with sufficient lighting at night, which is better for their eyesight. The low-income groups also could enjoy better water and electricity access besides having proper rest with appropriate bed structure.

When the government emphasises the rakyat needs, the private sector would be motivated to provide support and professional advice to the government, which can be part of their Corporate Social Responsibility (CSR) strategy. In turn, this would prevent more mental illness problems, crimes and suicide cases from happening.

In a nutshell, a targeted social welfare assistance system with a single cross-agency Social Protection Database (PDPS) becomes crucial for the current administration to execute immediately, ensuring the social assistance could reach the most vulnerable segment of the society. 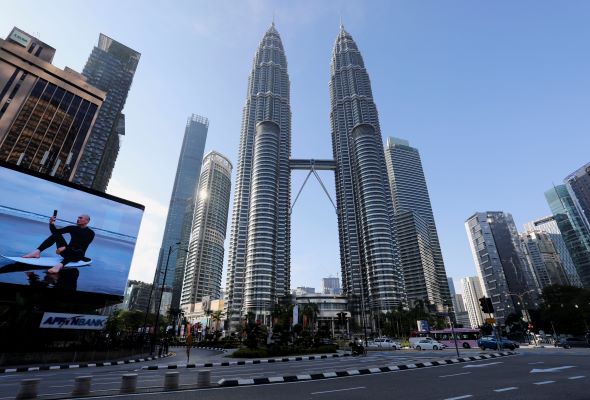 Testing for reopening – simultaneous containment and controlled reopening
Next