MIR Research proposes “firm yet fair” people-driven mandates instead of being authoritatively forceful - until and unless new data emerges to either support or change the present narrative. 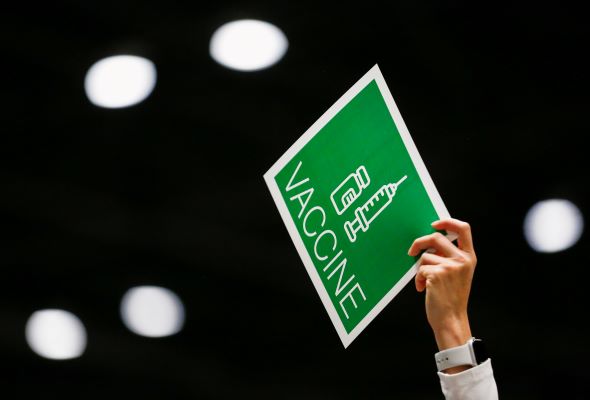 In doing so, we should recognise that data and science are ever-changing, and realise that unknown long-term safety concerns and public trust-deficit towards authorities underline vaccine hesitancy – not just comprehension.

These should be the underlying principles for policy-making and in setting the tone for public relations.

According to present data in most mainstream sources, it makes sense to push for vaccinations given evidence that it reduces Covid-19 severity, hospitalisations, and deaths.

Though many sources point to similar virus loads between vaccinated and unvaccinated individuals (pointing to similar likelihood and capacity in carrying and transmission), there are other studies suggesting a lower viral load (on average) for those who had been vaccinated compared to unvaccinated people.

Thus, as it stands, current mainstream data would suggest that we err on the side of caution and continue to encourage vaccinations.

Vaccine sceptics, hardcore antivaxxers, and undocumented foreign population represent the last hurdle in the national vaccination programme. Therefore, these people are seen by authorities as stumbling blocks and a danger to public health.

The question is how hard should you push for it? And what is the best way to engage the public on the matter? Again, policies should be based on data and science – but public engagements require a more refined approach.

Let’s start with some relevant facts and figures.

Thus, so long as vaccines work as they should, the minority is relatively more a danger to themselves, than to the vaccinated majority.

Now, let’s look at the numbers.

According to the Ipsos survey for the World Economic Forum, over 85% of Malaysians agree to get vaccinated, while 15% disagreed. Though 15% is a large figure, it consists of 11% “somewhat disagree” and only 4% strongly disagree.

Compared with the U.S. – which reached a worrying plateau in its vaccination coverage with just half of the population fully vaccinated – Malaysia is doing relatively much better.

As of 20 October, over 70 per cent of the Malaysian population and 94 per cent of all adults have received complete vaccinations.  As of 10 October, six states have achieved 100% registrations, while most other states are at above 85%, indicating a good trajectory for now, leaving Kelantan, Sabah, and Sarawak as potential laggards.

Therefore, it is likely that the majority of people and businesses, especially in more urbanised environment, will impart their own vaccine mandates. Just as how antivaxxers feel that it is their bodily autonomy not to get the jab, it is also the rights of others to allow or deny entry venues and/or provide/deny services.

We can see this potential trajectory through the Ipsos Press Release dated April 28 this year, regarding their global survey which found that the majority of the global public support vaccine passports for international travel, and Malaysia actually tops the 28 countries surveyed at 92% public backing.

In other words, it is likely that those who agree to be vaccinated – individuals, businesses and business owners – would likely enforce their own mandates as well.

The lives of antivaxxers will be made “naturally” more difficult and over time, most on the fence can be “coerced” or “peer-pressured” by people-driven/majority-driven mandates and restrictions.

The Health Ministry should just encourage this through regular monitoring and inspections in the background, without having to make anyone’s life more difficult.

Unlike the U.S. which experienced a plateauing rate where only half of its large population fully vaccinated, Malaysia has to continue efforts to boost vaccinations but may not need to go for strict legislative mandates.

Thus, on the matter of public engagement in pushing for vaccinations, EMIR Research proposes “firm yet fair” people-driven mandates instead of being authoritatively forceful – until and unless new data emerges to either support or change the present narrative.

As for the 4% hardcore antivaxxers, a targeted approach in addressing/countering their specific views would be needed. Most of them need to be convinced, not ridiculed or defeated. Perhaps they might even bring up valid points.

For example, its crucial to engaged the nearly 2,000 antivaxx teachers on their specific concerns. They have to know that their profession requires them to be part of society which puts both their health and source of income at risk.

Though antivaxxers are a minority in Malaysia, they must not be underestimated because some of these hardcore groups may contribute to the dissemination of fake news and misinformation with potentially far-reaching impacts.

Though many people, including the Health Ministry, believe that enough explanation has been done, many fail to realise that fighting the “infodemic” is a continuous battle, just like fighting Covid-19. If anything, false information spreads faster and wider than the physical virus.

Science-communication is a branch of knowledge for conveying scientific or technical issues in an easily digestible manner for a non-science savvy audience.

Combining this with media professionals who are experts in consumer/public psychology, advertisement and campaign strategies can result in powerful tools for the long and arduous battle against misinformation and fake news.

This supplements the people-driven mandates mentioned earlier and the combined approach should work over time for most people, aside from the hardcore minority.

On this matter, the Health Ministry mentioned that it would meet, or rather, called for anti-vaxxers to meet with the ministry’s representatives. This shows that both sides of the political divide recognise each other’s views.

Should the hesitant and hardcore antivaxxers remain adamant, they will have to accept repercussions on their freedom of movement, health, and perhaps even their source of income.

They should realise full isolation and total withdrawal from society to evade the virus (which could persist over many years) isn’t practical or possible. It’s only a matter of time when they will “meet” the virus.

It is important to note that we are only taking actions based on information available right now. Science is ever changing and availability of data evolves over time. Narratives can change and no one is permanently right or permanently wrong and we’ll never know when/if we’ll be on the wrong side of the fence.

In addition to getting people an intervention earlier in the approval process for the protection from severe Covid-19, there are other reasons why some vaccines are authorised under emergency use and not yet fully approved.

In particular, we need more time to generate more scientific data to establish long-term safety, efficacy, and efficiency of these interventions. This may include elucidating potential long-term impacts of various underlying medical conditions or the myriad of potential reactions/contraindications/co-factor role in the body for all groups of people globally.

If we are going to force people to vaccinate, then authorities and vaccine producers should at least take full responsibility to compensate fully and handsomely against any health issues and relevant damages related to the vaccine.

Additionally, it is also crucial to know that vaccine hesitancy is rooted not only in comprehension, but most importantly, due to deeper crises of trust deficit underlined by cumulative failures of governing and economic practices which have been brewing globally well before the Covid-19 pandemic.

We must realise that the authorities, politicians, corporations, and the media themselves had a hand in sowing the seeds of public distrust.

So, when the time comes when the very same group needs the public and the consumers to “get with the programme”, they shouldn’t be surprised or frustrated that some people are not easily convinced.

If anything, they must reflect on the root causes of hesitancy, as it sets the tone for how the public should be engaged, especially when both sides have contributed to the problem. 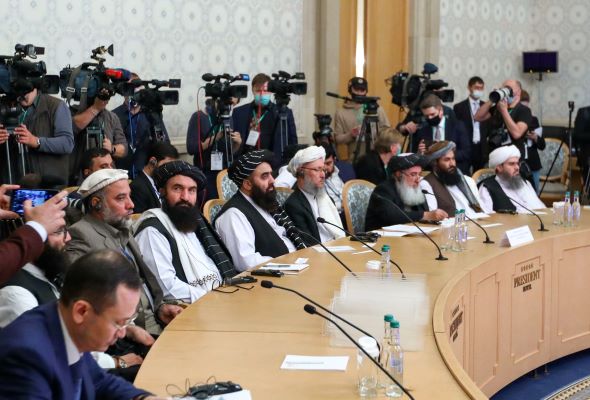 A more comprehensive benchmark to determine actual poverty level
Next