There is an urgent need to address the needs of the vulnerable youngsters worsened by this crisis because youth are the future human capital. 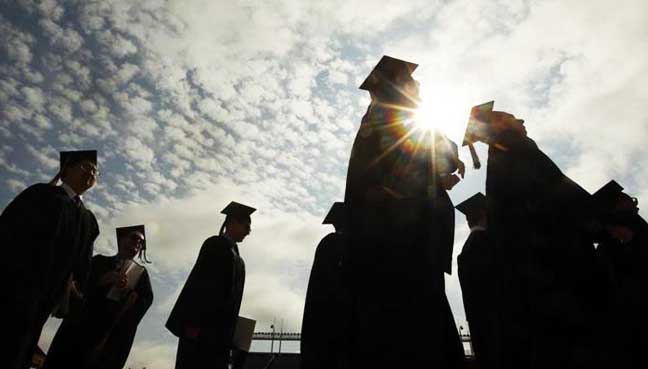 In between handling the twin crises involving the economy and public health safety, one of the alarming issues faced by not only Malaysia but globally is the rising unemployment.

Then some would wonder, who is the most disproportionately affected by it?

The answer would be youth, who is usually the last one to be hired and the first one to go due to lack of working experience and they have yet to build social networks.

In Malaysia, youths aged 15-24 make up 2.8 million of the total labour force (18 per cent) but they already represent 58.2 per cent of the unemployed!

Even before Covid-19, youth unemployment was a long-standing issue and tertiary-educated Malaysians make up for 35.6 per cent of the unemployed. Besides that, Malaysia’s labour force is also skewed towards people with lower educational attainment (70.4 per cent).

As a result, many young talents came to be involved in the informal sector, temporary work or even continue studying. Jobs carried out by youth are then normally associated with low wages, limited social security and poor working conditions.

According to the International Labour Organisation (ILO), 77 per cent of 1.3 million youth globally was in informal employment.

The overall unemployment rate in our country climbed to 5 per cent in April, notably higher than 3.9 per cent in March. The number of unemployed increased by 48.8 per cent year-on-year to 778,800 persons.

Youth remains the most vulnerable with unemployment rate rising 12.9 per cent, higher than it already was at 11.3 per cent in March.

For comparison, global youth was badly impacted after the Global Financial Crisis due to shallow economic recovery — unemployment rate soared from 11.7 per cent in 2007 to 13.1 per cent in 2009 then continued rising even after the crisis to 13.2 per cent in 2013.

Businesses would take time to recover from this crisis, reflecting the series of retrenchments, pay-cuts and unpaid leave. The gloomy job market shows that school leavers and university graduates who are the new entrants in the labour market would end up in an unfortunate situation as there are constraints in new hiring.

There is a mismatch of supply and demand in the labour market. Not only youth are exposed to less job opportunities and income losses worsened by the pandemic, the burdens shouldered by them include debt obligations such as student loans, car loans as well as housing loans.

Estimates from Bank Negara in 2016 shows that the living wage in Kuala Lumpur — minimum acceptable standard of living — for a single adult is RM2,700 per month after taking into account room rentals, eating out due to hectic city lifestyle and frequent usage of public transportation.

This study also revealed that those earning below living wage are secondary school graduates with low- to mid-skilled jobs.

Seeing these multiple whammies face by youth, how can they be helped to weather through this storm?

The government has done right by addressing the unemployment catastrophe in its RM35 billion short-term Penjana plan with an allocation of RM9 billion.

Some of the key measures that focuses on helping the youth include the extension of Wage Subsidy Programme, hiring and training incentives, allocations for upskilling and reskilling of talents, establishment of National Jobs Task Force as well as an upgrade to the National Employment Services Job portal under the Social Security Organisation (Socso).

Prior to Penjana, stimulus measures targeted towards the youth include student loan (PTPTN) deferment, one-off cash assistance for post-secondary students and cash transfers to singles aged 21 and above earning RM4,000 and below.

As much as government’s efforts deserve to be lauded in addressing the matter, several measures could be more promising of the future potential human capital.

Firstly, a robust education-to-employment (E2E) system is required. By this, relevant education needs to be taught alongside hiring assistance to sufficiently prepare the young people.

This is when the Technical and Vocational Education and Training (TVET) sector comes in crucial and increasing enrolment rates in TVET would be the way forward to having skilled youth as studies have shown that greater access to effective vocational training is linked to lower youth unemployment rates.

So, the single enforcement body which is responsible to handle this sector, National TVET Coordinating Body should be the leading role.

Online courses provided by Socso and MDEC with Coursera will also help to upskill and reskill local talents in becoming digital-savvy youth as we walk our way to embrace the vision of Malaysia 5.0, as pointed out by my CEO Datuk Rais Hussin and my colleague, Jason Loh in their articles.

Secondly, a comprehensive social safety net for youth needs to be established via government’s initiative to provide incentives for youth employment, apprenticeship and traineeship similar to Europe’s Youth Guarantee Scheme that was introduced in 2014.

Hopefully, the result would be as positive because the youth scheme successfully helped more than 3.5 million young Europeans in getting job offers, a traineeship or an apprenticeship each year.

Lastly, it appears to be that youth aged below 21 are excluded from Bantuan Prihatin Nasional (BPN) payouts that should be extended beyond June. Therefore, this assistance should be stretched to cover this group as an aid while searching for jobs.

These are some of the many measures that should be considered and monitored from time to time in ensuring their relevance to tackle youth unemployment.

As said by Microsoft co-founder Bill Gates, “In the long run, your human capital is the main base of competition. Your leading indicator of where you’re going to be 20 years from now is how well you’re doing in your education system.” Be hyper-vigilant with the pandemic of crime
Previous

Malaysia 5.0 for SMEs
Next